The move to crush possibility of change in Spain

This article is over 14 years, 8 months old
In May 1937 bloody street fighting broke out in Barcelona. This marked a turning point in the revolution that had erupted in response to the military rising ten months previously.
Downloading PDF. Please wait...
Tuesday 15 May 2007

In May 1937 bloody street fighting broke out in Barcelona. This marked a turning point in the revolution that had erupted in response to the military rising ten months previously.

The workers’ response to the coup attempt had saved Spain’s fledgling Republican democracy and led to a social revolution in much of the loyalist zone.

Industry and agriculture was collectivised, a workers’ militia organised and peoples’ committees administered the essentials of daily life, from supplies through to internal security.

Rather than a quick victory, as the military rebels had expected, they were now faced with a full-blown civil war.

The fascist General Franco’s rebel forces were heavily armed by Europe’s fascist powers and united. The Republic’s supporters were divided over how the war should proceed and for what purpose.

The powerful anarcho-syndicalist trade union federation, the CNT, and the revolutionary socialist Poum argued that the war and revolution were inseparable.

In contrast, liberals, social democrats and the Communist Party were determined to restore the bourgeois democratic state.

They claimed that only such a strategy could win the support of the middle classes at home and the democracies abroad.

The Communists opposed the revolution so as not to upset Joseph Stalin and the Soviet Union’s aim to build an alliance with the democracies against Nazi Germany.

The domestic expression of this policy was the strategy of the Popular Front to oppose fascism and defend liberal democracy.

The discipline and determination of the Communists attracted many who opposed the revolution’s assault on private property.

The fact that the Soviet Union was the only major power sending military aid to the beleaguered Republic further strengthened the Communists.

Power was clawed back from the revolution in different ways. Firstly in Catalonia, the centre of the revolution, in October 1936 and then a month later in the rest of Republican Spain, governments were formed involving supporters and detractors of the revolution.

The desperate situation at the front and lack of any alternative offered by the CNT made such hybrid governments possible.

Anarchist participation in government was unprecedented and would provide a cover for those forces determined to undermine the revolution.

In Catalonia, the far weaker Poum, fearing its isolation, followed the anarchists into the regional government having failed to persuade them to take power.

But the strength of the revolution was such in Catalonia that these measures were not sufficient to break it.

The anarchist-dominated Control Patrols still “policed” the rearguard, seeking out enemies and providing a counter balance to the reorganised state security forces.

The Communists launched a virulent campaign to discredit the revolutionary left.

The anarchists were unjustly blamed for a wide range of calamities befalling the Republican side, such as food shortages and military setbacks.

The Poum was systematically attacked. With Stalin’s domination in the Soviet Union, all dissent was denounced as “Trotskyist”. The exiled Russian revolutionary Leon Trotsky was slandered as being in the pay of the Nazis.

The Poum was not a Trotskyist organisation. Trotsky harshly criticised it for, among other things, having participated in the Catalan government.

However, many Poum members identified with Trotsky’s struggle against Stalinism, and articles by him were regularly carried in the party’s press.

The Poum claimed the mantle of Lenin and communism. It denounced the persecution and slaughter of the old Bolsheviks in the Soviet Union.

For the Communists the participation of the Poum in events that were attracting world attention was intolerable.

Under Soviet pressure the Poum was effectively outlawed in Madrid and ejected from the Catalan government.

During the spring of 1937, the pressure on the revolution increased. Violence flared as the anarchists tried to defend rural collectivisation from attacks by the re-emergent Republican state.

Attempts to disarm the Control Patrols led to further clashes. Many militants were assassinated and propaganda against the revolution continued apace.

The scene was set for the bloody events of May 1937.

How the counter revolution began in Spain 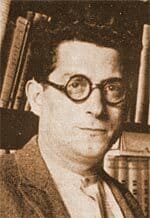 Repression that crushed the Spanish revolution