The movies strike back!

Much of the media ignore strikes and most movies rarely show working people other than as stereotypes.

But despite this there is a long history of movies portraying workers’ struggle—from Sergei Eisenstein’s Strike (1925) to last year’s Made in Dagenham on the 1968 Ford strike.

For instance, Salt of the Earth (1954) was made by group of screenwriters and directors who were blacklisted under the anti-Communist McCarthyite witch-hunts.

The film was inspired by an actual miners’ strike against the Empire Zinc Company. The cast was largely composed of real-life miners who had been involved in the strike.

Its anti-racism and anti-sexism was so strong that media mogul Howard Hughes tried to stop the negative from being developed and the leading actor, Rosaura Revueltas, was deported.

In a similar vein is Ken Loach’s Bread and Roses, a dramatic retelling of the 2000 Los Angeles janitors’ strike. The film brought militant union organising techniques to a whole new audience and had a real effect on how low-paid workers organise here.

In Norma Rae (1979), the image of Sally Field silently holding a sign reading “Strike” remains one of the most powerful film images of unions. Based on a true story, the film focuses on the struggles of a union organiser in a North Carolina textile mill.

Matewan (1987) commemorates the 1920 Battle of Matewan, a real-life conflict between West Virginia coal miners and detectives hired by the Stone Mountain Coal Co.

The film deals with racism, direct action and the violence of the bosses. Remarkably it manages to do this without being preachy.

Many US films deal with union corruption. One is the powerful but odious homage to informing and scabbing that is On the Waterfront (1954). Another is the impressive Blue Collar (1978), about a Detroit autoworker who is mistreated by management and ignored by the union.

As an aside, there is The Garment Jungle, a B movie with the same plot as On the Waterfront. Lee J Cob plays the same role in both films. It’s set in a clothes factory rather than the docks, and has better politics.

Hoffa (1992) with Jack Nicholson is about union leader Jimmy Hoffa and sits in the worthy but dull corner. A far more pleasant experience on the same subject is F.I.S.T. (1978) with Sylvester Stallone (of all people) as the militant-turned-corrupt bureaucrat.

British cinema has a mixed history of portraying strikes. The Angry Silence (1960), for example, is a dull film about the trauma of being a scab. But a more standard approach has been to curse both workers and bosses.

I’m All Right Jack (1959), a comedy with Peter Sellers, takes the line that bosses and workers are equally stupid and reactionary. Unsurprisingly, so does Carry On at Your Convenience—a comedy about strikes at WC Boggs’ lavatory factory. Both are probably better than you would think, but not much.

The upsurge of militancy in the early 1970s produced some interesting attempts to engage with class struggle. Slightly off the beaten track is Occupy! (1976). This is both a record of, and an act of solidarity with, a factory strike and work-in at the Fisher-Bendix factory. It includes actual footage of the workers it is portraying.

A similar mix of documentary and drama is Man of Iron (1981), which tells the story of the Polish Solidarity movement’s fight for recognition.

Real events took over as military rule was introduced into Poland as the film was finished. Lech Walesa, the movement’s co-founder, appears in the film as an extra in a wedding scene.

The 1984-85 Miners’ Strike provides the backdrop to the pleasant enough but light Billy Elliot and context for the similar Brassed Off. Both support the miners but err towards pretty traditional stereotypes—that poverty breeds strong communities and that there is dignity in defeat.

For lovers of art cinema, struggle can come with subtitles. There is the epic Germinal (1993), based on the Emile Zola novel of the same name. Starring Gerard Depardieu, the film tells the story of a 19th century miners strike in northern France.

There is also the Swedish Ådalen 31, about the response to a massacre of sawmill strikers in 1931. Tout Va Bien (1973) is Jean Luc Goddard’s film about love, Marxism and an unofficial strike in a sausage factory.

Finally, there are two must-see strike musicals. The Pajama Game (1957) is a Doris Day musical about industrial sabotage, time and motion, and winning a pay rise. And Newsies (1992) is a Disney musical about paper boys going on strike in 1899.

In both cases the workers are victorious—and that’s always something to sing about. 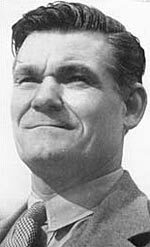 Fred Copeman: ‘The strike leaders will decide what orders are carried out’