The myth of the gold plated public sector

This article is over 10 years, 7 months old
Public sector workers get high salaries, benefits and pensions – or do they? Workers spoke to Sadie Robinson about what life’s really like—and why they’ll strike on 30 June
Downloading PDF. Please wait...
Tuesday 14 June 2011

I can’t afford to pay into the pension scheme at the moment. I just don’t have any money left at the end of the month.

People say teachers get all these holidays. But I don’t do anything exciting because I’ve no money. I haven’t been away on holiday for about three and a half years.

Paying back student loans takes up a lot of money.

The amount that comes out of my account is actually less than the interest that gets added on. So I owe more at the end of the year than I do at the beginning.

The cost of living in Cambridge is high. My brother rents a two-bedroom flat in the Midlands for the same money that I pay for just one room in a shared house.

But you can’t afford to do things that de-stress you—like go for a drink after work or meet friends for dinner. The stress just keeps building up.”

‘The stress of teaching is like nothing I’ve ever experienced’ – Andrea, teacher, Cambridgeshire

“I’ve been teaching for four years and in that time I’ve had more illnesses than I’ve had in my entire life. I’ve recently been diagnosed with irritable bowel syndrome—brought on by stress.

There’s always more work to do. There’s a constant barrage of assessments and paperwork. In term-time, my friends don’t really see me.

I gave up a job where I earned around £30,000 to become a teacher. I don’t earn that now. And our pay’s frozen. I had to go to the bank recently to ask for help because I kept going over my overdraft limit every month and getting charges.

It’s quite isolating. I can’t always afford to go out and let off steam. Over £100 a month goes out of my pay packet to repay student debt. The only way to cope is to ignore it.

I can’t face doing the NUT union’s pensions calculator to see how much I’ll lose. But if my contributions go up, I’ll have to try and cut other things to pay them. I might have to give up my car or not see my friends so much.

The energy levels you need in teaching are unsustainable. I’m only 32 and I keep getting tired and ill. The stress levels are like nothing I’ve ever experienced.

But I think the strike can make a difference. You have to be optimistic—otherwise you may as well pack up and go home.”

‘Management monitors every minute of our day’ – Christine, Merseyside

“We are battered with phone calls all day, every day. Every minute is monitored and we can only take breaks at certain times.

We’re helping people go through their claims for Jobseekers’ Allowance and Income Support. They are often vulnerable, angry and upset and we need to take time to help them.

But management just want us to get through the calls as quickly as possible. So that’s always in the back of your mind.

Food and energy prices are going up all the time and it’s a constant battle to pay for things.

The fact that we get a decent pension has always been the justification for our low pay. And now they’re attacking that.

How dare they do that. It really winds people up.”

‘New contract would require me to work in any job, at any time’ – Dave, Birmingham council worker

And the new contract that the council wants to impose would require us to work in any job, at any place and at any time.

I work in a neighbourhood office.

Management have often raised the issue of opening on evenings or weekends.

They have partly been deterred because they would have to pay more in wages. But the new contract would end such payments. I think that we need united action to defeat this contract.

In Birmingham, we hope to be on strike together with the other unions on 30 June. A victory over the council would also build members’ confidence to fight the other cuts the council is making and the attack on pensions.”

‘In the private sector I clocked off at 4.45pm. Now the day’s never over’ – Charlie, teacher, Oxfordshire

“I’m in my third year of teaching after being an engineer for 20 years.

When I worked in the private sector, I’d clock in at 8am and clock off at 4.45pm and that was it—the day was over.

Now the day’s never over. I generally work a 60-hour week.

The job is so much more than teaching. People say we get lots of holidays, but that’s when you do your marking. Exams all have to be marked for when we go back.

You’re never finished. The closest I get to with lesson plans is, ‘that’ll have to do because it’s midnight and I need to go to bed’.

The hardest thing for me is the time it takes me away from my wife and child. Every day I think of leaving the job.

On the best-case scenario, I’ll have to contribute £70 more a month into my pension scheme. I can’t afford it. I’ve had no pay rise. My gas bill is up 32 percent. I’m seriously considering pulling out of the pension scheme.

So many people are putting their hands in my pockets at the moment. Something’s got to give.”

‘We haven’t had a decent pay rise in years’ – Sharica, jobcentre worker, Birmingham

“People think our jobs are easy. But we’ve had 22 people taken away from our Jobcentre—and it’s not like unemployment is going down.

‘The money’s there to pay for our pensions’ – Jean, ATL member and semi-retired teacher, London

“I don’t get a gold-plated pension. And the change to the CPI measure of inflation means I’ll get less.

Teachers will work longer than they should because they can’t afford to retire.

But we didn’t cause the crisis. And the money’s there to pay for our pensions.”

The government says that almost one in ten earning less than £21,000 will opt out of their pension scheme to avoid paying higher contributions 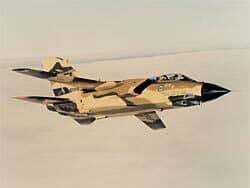 BAE Systems and the Saudi arms deal: weapons, corruption and the British state