This article is over 17 years, 2 months old
It doesn’t feature in the coverage of the presidential election, but there is a radical seam that runs through US history. Here we run extracts from a new book, Voices of a People’s History of the United States, edited by Howard Zinn and Anthony Arnove
Downloading PDF. Please wait...
Saturday 06 November 2004

Mary Lease was one of the leaders of the Populist movement that brought together poor farmers to fight the banks that were repossessing their farms.

This is a nation of inconsistencies. The Puritans fleeing from oppression became oppressors. We fought England for our liberty and put chains on four million blacks.

We wiped out slavery and our tariff laws, and national banks began a system of white wage slavery worse than the first. Wall Street owns the country.

The great common people of this country are slaves, and monopoly is the master.

Our laws are the output of a system which clothes rascals in robes and honesty in rags.

The parties lie to us and the political speakers mislead us. The politicians said we suffered from overproduction.

Overproduction, when 10,000 little children, so statistics tell us, starve to death every year in the United States, and over 100,000 shopgirls in New York are forced to sell their virtue for bread.

We will stand by our homes and stay by our fireside by force if necessary, and we will not pay our debts to the loanshark companies until the government pays its debts to us.

The people are at bay – let the bloodhounds of money who dogged us thus far beware.

Agitation – the greatest factor for progress

Mother Jones was one of the great organisers of the labour movement. This is an extract of a speech she gave in Toledo’s Memorial Hall.

I hate political parties, you Republicans and Democrats. I want you to deny if you can what I am going to say. You want office and must necessarily get into the ring.

You must do what the ring says, and if you don’t you won’t be elected. There you are. Each time you do that you are voting for a capitalist bullet and you get it.

I want you to know that this man Samuel Milton Jones [an industrialist and mayor of Toledo] is no relative of mine – no, sir. He belongs to that school of reformers who say capital and labour must join hands. He may be alright. He prays a good deal.

But, I wonder if you would shake hands with me if I robbed you. He builds parks to make his workmen contented. But a contented workman is no good. All progress stops in the contented man. I’m for agitation. It’s the greater factor for progress.

Industrial Workers of the World member

Why the IWW is not patriotic to the United States

The IWW was a radical socialist union movement in the early part of the last century. It opposed the First World War.

You ask me why the IWW is not patriotic to the United States.

If you were a bum without a blanket; if you had left your wife and kids when you went west for a job, and had never located them since; if your job had never kept you long enough in a place to qualify you to vote; if you slept in a lousy, sour bunkhouse, and ate food just as rotten as they could give you and get by with it; if deputy sheriffs shot your cooking cans full of holes and spilled your grub on the ground; if your wages were lowered on you when the bosses thought they had you down; if every person who represented law and order and the nation beat you up, railroaded you to jail, and the good Christian people cheered and told them to go to it, how in hell do you expect a man to be patriotic?

This war is a businessman’s war, and we don’t see why we should go out and get shot in order to save the lovely state of affairs that we now enjoy.

Against the Vietnam War

As a result of Ali’s refusal of the draft his title as world heavyweight champion was revoked and he was sentenced to a five-year prison term. The battle against the sentence went all the way to the Supreme Court and was finally reversed in 1971.

Why should they ask me to put on a uniform and go 10,000 miles from home and drop bombs on brown people in Vietnam while so called Negro people in Louisville are treated like dogs and denied simple human rights?

No, I am not going 10,000 miles from home to help murder and burn another poor nation simply to continue the domination of white slave-masters of the darker people the world over.

This is the day when such evils must come to an end.

I have been warned that to take such a stand would put my prestige in jeopardy and could cause me to lose millions of dollars which should accrue me as the champion.

But I have said it once and I will say it again. The real enemy of my people is right here.

I will not disgrace my religion, my people or myself by becoming a tool against those who are fighting for their own justice, freedom and equality.

I’m black and I’m proud
I’m ready and hyped plus I’m amped
Most of my heroes don’t appear on no stamps
Sample a look back you look and find
Nothing but rednecks for 400 years if you check
Don’t worry be happy
Was a number one jam
Damn if I say it you can
slap me right here
(Get it) let’s get this party started right
Right on, c’mon
What we got to say
Power to the people no delay
Make everybody see
In order to fight the powers that be.

Resolution against the war

One of the many union branches that has come out against the war.

Whereas, we value the lives of our sons and daughters, of our brothers and sisters, more than Bush’s control of Middle East oil profits.

Whereas, we have no quarrel with the ordinary working class men, women and children of Iraq who will suffer the most in any war.

Whereas, the billions of dollars being spent to stage and execute this invasion means billions taken away from our schools, hospitals, housing and social security.

Whereas, Bush’s drive for war serves as a cover and a distraction for the sinking economy, corporate corruption, layoffs, Taft-Hartley (used against the locked out ILWU longshoremen).

Whereas, Teamsters Local 705 is known far and wide as fighters for justice.

Be it resolved that Teamsters Local 705 stands firmly against Bush’s drive for war. 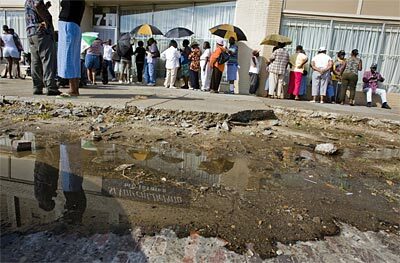 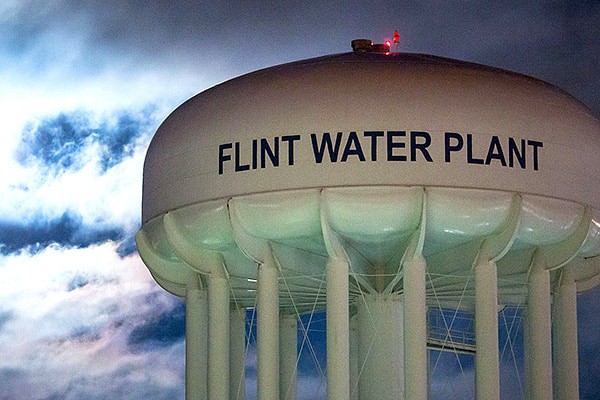 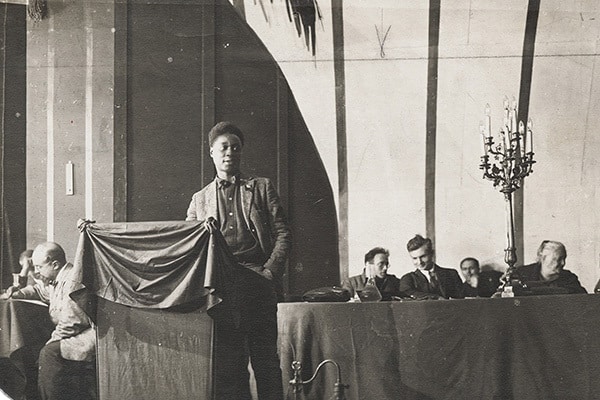 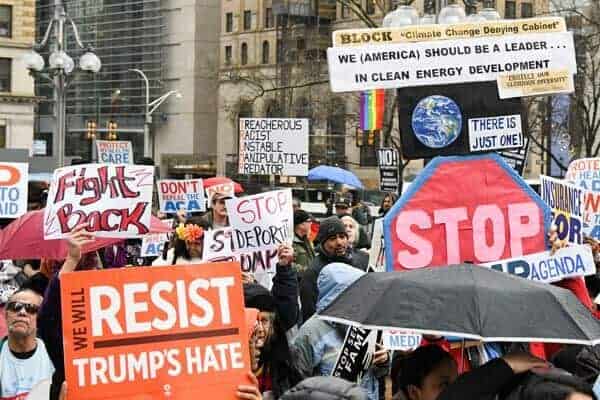