This article is over 1 years, 6 months old
Under the cover of coronavirus, the Tories have used the real need to stock up on personal protective equipment and other much needed supplies to hand over billions of pounds to private companies. Tomáš Tengely-Evans investigates
Downloading PDF. Please wait...
Friday 17 July 2020

As hospitals, ambulances and care homes rapidly ran out of personal protective equipment (PPE) back in March, and anger among the public grew, fear swept through Whitehall. Politicians and senior civil servants knew there could be a social explosion if the problem wasn’t solved.

Amid the panic, the Tory ­government issued around 600 contracts—worth a staggering £5.5 billion—as part of its coronavirus response.

The majority of the contracts were given to businesses already leaching off the public sector, but at least a quarter went to first-time suppliers.

An investment fund from the City of London, a pest control company and a tea, cocoa and spice dealer based out of an east London house are among those joining the outsourcing spree.

One of the firms asked to supply protective kit for health workers was denounced for “putting people’s lives at risk” at its own warehouses. By chance, the firm turned out to be run by a prominent Tory donor.

The NHS—already a favourite target for privatisation—is at the centre of the new wave. One of the biggest chunks of public cash was given to private firms that said they could supply PPE.

The NHS had been hammered by a decade of Tory budget cuts and privatisation. It faced an acute staffing crisis and lack of beds. As the virus hit and staff were without even the basics, workers began falling ill and dying.

For bosses, it was an opportunity. The Tories invoked Article 32 of the Public Contracts Regulations of 2015, allowing them to hand out contracts to specific firms without worrying about making the process transparent by following the normal competitive tendering rules.

The whole outsourcing model is a race to the bottom anyway.

When a contract is published, companies compete to supply goods and services at the lowest possible cost, then drive down workers’ wages, conditions and standards to maximise profits. They often then subcontract operations to other firms with even lower costs in a bid to grab even more money.

Implementing Article 32 meant there were huge opportunities to profit.

As the scandal over PPE shortages grew, the Tories began asking for ­protective kit from anyone who would promise to supply it.

Around 16,000 potential suppliers contacted a 500-person buying team set up by the Cabinet Office in March to offer to supply kit for hospital staff.

This in itself turned into a £200,000 business opportunity for a call centre supplier, which was tasked with going through a backlog of thousands of offers.

The company doesn’t produce any PPE and does not have any history in health. It has assets worth £18,000 and employs 16 workers based in Littlehampton in West Sussex. Why was it given a contract?

Dan England, PestFix’s co-founder, claimed it won one because it was small enough to be “dynamic”. He boasted that it had “a thriving supply chain with China before the contract”.

But non-profit group the Good Law Project is seeking a judicial review of the PestFix contract. It said that a “big market participant” told it that “no one in the market knew that the contract was up for grabs”.

The Good Law Project is asking why only one firm bid for the contract and where, if anywhere, it was published.

Lawyers want to know why the ­government didn’t publish the notice stating that it had awarded PestFix the contract within 30 days as required. They want further answers to why the full completed contract was not published.

PestFix isn’t the only company to benefit from the PPE crisis. Another is Double Dragon International, an outfit located on a residential street in Ilford, east London.

The business, which has assets worth £24,0000, usually deals with tea, cocoa and spices. This wasn’t a barrier to it securing a £2 million contract to provide surgical masks and other equipment for the NHS. Initia Ventures Limited got two contracts to supply PPE—one worth over £16 million, another more than £32.5 million. Both were handed over under the Article 32 rule. Initia Ventures, until recently a dormant company, only described itself as providing “business support service activities”.

Another newcomer to PPE supply was Luxe Lifestyle Limited. The company lists two vital items on its website—“novelty gift socks” and a “facial hair removal kit”.

This apparently qualified Luxe Lifestyle to grab a contract worth almost £26 million. The test and trace system is the other area taking the lion’s share of NHS outsourcing money.

It came only a few months after it was fined £1 million for failings in other contracts. Serco CEO Rupert Soames boasted that it would “cement the position of the private sector” in the NHS supply chain.

In a letter to staff, Soames said, “There are a few, a noisy few, who would like to see us fail because we are private companies delivering a public service.

“I very much doubt that this is going to evolve smoothly, so they will have plenty of opportunity to say I told you so.”

And so it transpired. The entire system of test and trace has been a disaster beset with software problems, data failing to reach public health bodies on time and staff employed to do vital contacting saying they’ve not been able to ring a single person.

No wonder the full scale of the ­profiteering hasn’t been revealed.

Tussell is a company that produces reports on outsourcing for businesses. Its report from June noted, “Although hundreds of contracts have now been ­published, there are still gaps in the data.

“Nothing has yet been published relating to the government’s creation of the Nightingale field hospitals, nor about the companies involved in the human contact tracing programme.”

The coronavirus crisis has shown that there is no shortage of “magic money trees”. Rather than the rich and bosses getting their hands on more through outsourcing, we should be taking the money off them to fund services.

And far from privatisation being “efficient”, the PPE scandal show why the only thing it is efficient at is making the rich richer.

Privatisation of the NHS Supply Chain by Tony Blair and Gordon Brown’s Labour governments paved the way for the chaos of delivering PPE.

In fact, at the beginning of the coronavirus crisis, the problem wasn’t even a lack of gloves, masks or aprons. The problem was getting them to the right places.

The Tory solution was to bring in the army—and an array of private companies, some of which already had the ear of ministers. One of them, Clipper Logistics, is linked to the Tories and has a bad record on coronavirus health and safety.

Its executive chair Steve Parkin is a top donor to the Tories, giving them almost £1 million. He handed the party £25,000 in the run-up to last year’s general election.

Parkin attends the party’s “Leader Group” meals, where he can wine and dine with influential figures.

Meanwhile, Parkin’s workers complained of being “crammed into corridors” and having to wait for “weeks” to get hand sanitiser.

One former Clipper Logistics worker described working conditions at the warehouse. “It’s not good,” she explained. “The corridors are tiny, there’s been no hand sanitiser for weeks apart from in the offices.

“We just thought that for everybody’s safety they’d just shut it down because we’re non-essential, but they didn’t.”

When the worker raised concerns over social distancing, a manager replied, “At this time all I care is about getting refunds processed.”

The worker said, “When I voiced my opinions and said I felt unsafe one manager said, ‘Just think of how many people die of cancer every year’.”

Another worker at the warehouse said there was just “no social distancing”. They said, “I live with my mum who’s got an underlying health condition and is at risk. It is really worrying me.

“I do think they’re putting people’s lives at risk. There’s easily 100 to 200 people in the hallway, all having to press the same secu rity buttons, having to clock out with the same finger scanners.”

Under the Tories, ever more services are being handed over to the private sector

Who is in the money?

The biggest, worth £234 million, went to Edenred (UK Group) Ltd, to provide free school meals when schools are closed.

It allows school to get supermarket vouchers for parents of children who are eligible for free school meals.

The government said the contract was given under the Article 32 rule.

These have been given for “consulting services”. The accountancy firm PwC, formerly Pricewater houseCoopers, has snatched the most—seven contracts, worth nearly £10 million.

Handed to companies including P&O Ferries and the Eurostar rail operator.

The companies are asked to “reserve freight capacity to ensure the uninterrupted supply of critical goods including food and medical products” in the event of an emergency.

The Crown Commercial Service (CCS) is a Cabinet Office agency that manages outsourcing and procurement across departments.

They include a £2 million contract for Zoom licenses and 11 contracts worth £193 million for ventilators. 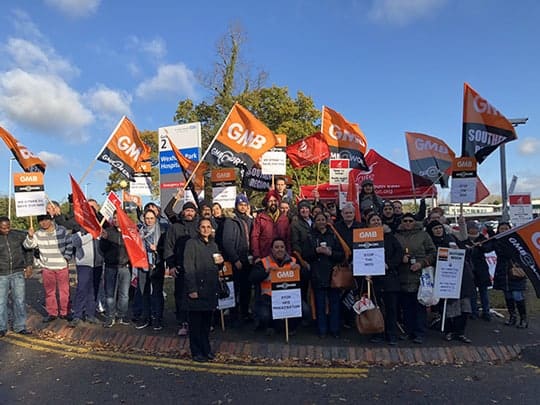 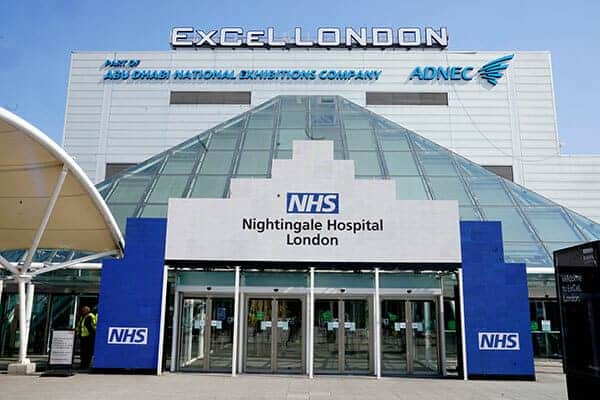 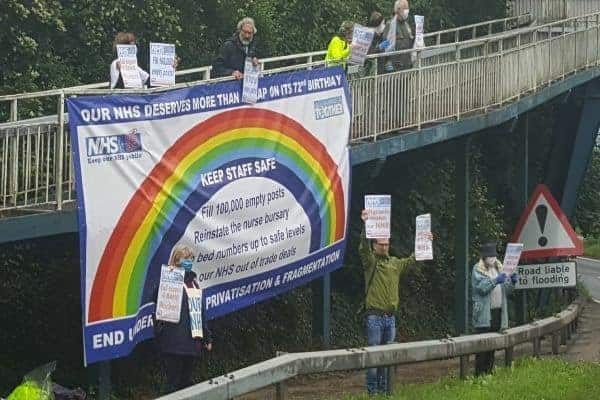 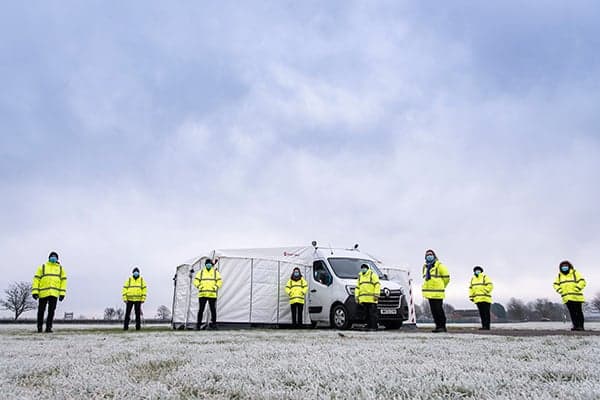