The scope of the economic crisis

This article is over 14 years, 0 months old
Alex Callinicos introduced the discussion on Economic Crisis, Imperialism and the Left. This is an edited version of his speech
Downloading PDF. Please wait...
Tuesday 08 January 2008

‘Normally the days between Christmas and the new year are a period when absolutely nothing happens. But the end of last year saw a series of events which indicate the scale of the political and economic instability that currently grips global capitalism.

The economic dimension of this instability is shown in the international credit crisis that first burst out in early August but is getting steadily worse. The likelihood of the crisis developing into a recession, at least in the US and Britain, has increased significantly.

The origins of the present crisis lie in the last major recession that hit the US in 2000-01. The US and other major states sought to overcome that recession by flooding the world economy with cheap credit. The effect in the short term was to revive the US and world economy.

But the form the revival took carried within it the seeds of the present crisis. It was based on a bubble in the housing market and increased consumer spending.

The crisis broke out in subprime mortgage lending, but fancy financial instruments were used to spread these bad loans across the banking system.

Nobody knew which banks had been hit by the bad loans, so they all stopped lending to each other – bringing down Northern Rock.

This can be incredibly damaging to the real economy. Bad loans paralysed the Japanese economy in the 1990s causing stagnation and deflation for over a decade. That doesn’t mean a recession in the US today is inevitable, but it is certainly on the cards.

The US also faces a geopolitical crisis and challenges to its dominance on other fronts. The “war on terror” has created a vast arc of crisis that stretches from north eastern Africa deep into western Asia.

The most important front remains in Iraq, where the so-called “surge” of US troops has not brought them victory but has bought some time. But crises are also taking place at the two extreme tips of the arc – the assassination of Benazir Bhutto and the riots in Kenya.

Whoever was behind the killing, Bhutto’s death is a major blow to the US. Pakistan’s president Pervez Musharraf is a key ally of George Bush and the US strategy for shoring up Musharraf was to incorporate Bhutto as prime minister.

In Kenya the regime of Mwai Kibaki is another key military ally of the US. A year ago I was part of a delegation to the World Social Forum in Nairobi, the Kenyan capital. It was obvious to us then that it was a city seething with tension and polarised between rich and poor.

So these interrelated economic and geopolitical dimensions pose great political problems for the Western powers.

The US primaries are already exposing how much of a lame duck Bush is. In Britain, Gordon Brown is trying to play the imperial proconsul in Pakistan and Kenya, but he is already adrift in a sea of troubles that will only get worse.

But it’s not good enough to simply talk about the contradictions and difficulties that the other side face – we also have to consider the state of our side and possibilities for the left.

The level of resistance to neoliberalism remains highest in Latin America. But Hugo Chavez’s defeat in a constitutional referendum back in December reflected the difficulties and ambiguities of his political project.

In Europe ruling classes are still grappling with the immense unpopularity of their neoliberal “reforms”. Germany’s “grand coalition” government has retreated from some of its reforms but is pushing ahead with the neoliberal European Union reform treaty.

In France the rail workers’ strike was a victory on points for the new president Nicolas Sarkozy, but the fight against his attempts to push through neoliberal reforms is far from over.

France and Germany are also the two countries where the challenge of the radical left seems strongest at the moment.

In France, Olivier Besancenot from the Ligue Communiste Révolutionnaire has emerged since the presidential elections as the key political representative for mass opposition to Sarkozy. In Germany the foundation of Die Linke, the new left party, represents a profound challenge to social democracy.

But across Europe the radical left is also grappling with difficulties. In this country there has been the crisis in Respect and the suicide of the Scottish Socialist Party – but there have also been problems in Italy, Portugal and Denmark.

What this reflects is the end of the initial euphoric period of growth in the movements characterised by Seattle, Genoa and the great anti-war demonstrations of 15 February 2003, when it was enough to simply say you were against neoliberalism and war.

Now we’ve moved into a situation where there are a number of radical left formations grappling with much tougher political choices that divide them.

The challenge is to pursue principled revolutionary socialist politics while remaining committed to building broader formations of the radical left.

But the panorama of economic and geopolitical instability that I have outlined underlines both the importance of building such alternatives – and the existence of real opportunities to do so. We need to seize those opportunities. 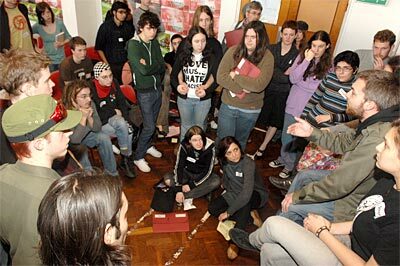 SWP conference plans for a year of challenges and opportunities 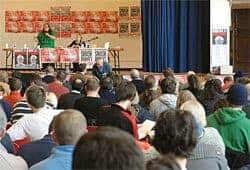 ‘Complete disgust’ with Labour provides a space for radicals