This includes progressive measures to tackle climate change and prevent commercial companies bidding to provide GP services, and some plans

of more contradictory intent such as a ban on the sale of alcohol in off licences to those under 21.

However, among 15 separate proposed bills, the one that has caused the greatest controversy is the plan to abolish the council tax and replace it with a “local” income tax.

Although it is being called a “local” income tax, it will in fact be set nationally but collected locally. The proposed new tax will be a flat rate of 3p in the pound.

This is the latest example of Alex Salmond’s skilful positioning of the SNP to the left of New Labour as a kind of “Old Labour” social democratic party.

So the SNP has built much of its popularity on opposition to the war in Iraq and has already scrapped all tuition fees for Scottish students (previously paid on graduation), cut prescription charges and ended car park charging at NHS hospitals.

The council tax is as unpopular in Scotland as it is in the rest of Britain, and manifesto promises to abolish it undoubtedly contributed to the SNP election victory in May 2007.

New Labour has galloped to the right over issues such as the war, civil liberties and the privatisation of jobs and services.

The mute silence – or in some cases enthusiastic support – of the Scottish Labour Party for these measures has left it exposed and unpopular.

The historic 22.5 percent swing to the SNP in the Labour heartland of Glasgow East in July of this year, illustrates the level of opposition and disillusionment with Labour.

Unlike south of the border, the presence and popularity of the SNP has meant that the bitterness with Labour has not fed any marked growth in support for the Tories.

Predictably, the plan to abolish the council tax has been denounced in Scotland by both Labour and the Tories.

Even though Cathy Jamieson, the acting leader of the Scottish Labour Party, has gone on record as saying that the council tax “as presently structured” is unfair, Labour has not mounted any campaign against it.

This is despite holding a majority in the Scottish parliament from its inception in 1999 until its defeat by the SNP in 2007.

The SNP strategy, however, should be seen in the wider context of its overall vision for Scotland.

Scottish academics Gerry Mooney and Alex Law refer to it as “social neoliberalism”. The SNP’s laudable intention to remove the worst excesses of the Tory and New Labour years comes within a framework that attempts to emulate the growth pattern of countries like Ireland with a low tax, low regulation economy that courts the support of business and financial groups such as the Royal Bank of Scotland.

The SNP have already eliminated rates for small businesses.

Salmond admitted as much in an interview with Total Politics magazine, saying businesses had “warmed towards the SNP”.

In the same interview, he committed an uncharacteristic own goal when he said in relation to Margaret Thatcher, that Scots “didn’t mind the economic side so much, but we didn’t like the social side at all”.

He later said that the quote had been taken out of context, but in Scotland, unless you are an unreconstructed true blue Tory, the only context in which you are likely to mention Thatcher is one that includes hell and rotting.

Salmond has also recently claimed that house prices in Scotland are “fairly stable”, and appear to be bucking the trend south of the border.

This was exposed as sheer wishful thinking by a leading columnist in the Sunday Herald, Iain MacWhirter, who argued that it was not possible for the Scottish economy to be immune from the effects of the credit crunch, and that house prices had in fact fallen by 5.1 percent across Scotland and by up to 20 percent in Edinburgh.

MacWhirter further castigated Salmond for uncritically backing the banks at a time when their actions are causing misery for millions of workers worried about their jobs and mortgages, and for allowing big companies to have a disproportionate influence in the creation of economic policy in Scotland.

Any attempt to abolish the council tax must be supported. However replacing it with a flat-rate 3p in the pound income tax will hurt workers on low incomes much more than those on higher wage scales, and as such it is a regressive tax.

The SNP has been trying to negotiate a path through the tensions of adopting neoliberalism in some economic policies, while maintaining a social democratic face in others.

This might well flounder on the local government pay dispute which saw 150,000 Scottish workers out on strike last month against a derisory 2.5 percent pay offer.

John Swinney, the SNP’s finance minister has said that unions and employers should “come to an agreement around the table” but that councils can expect no extra money to settle the dispute.

This exposes some of the contradictions inherent in an administration which is trying to institute some progressive reforms, while accepting a neoliberal, business friendly framework in which to do it. 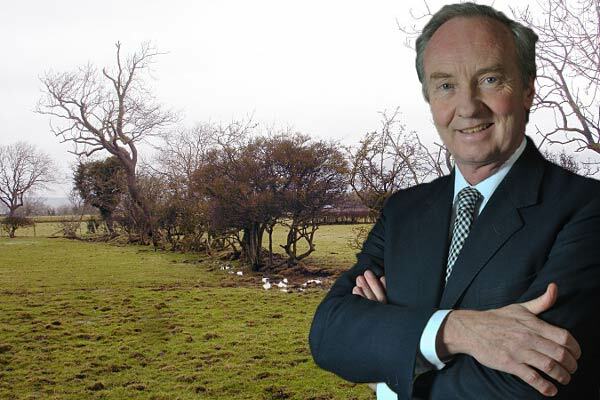 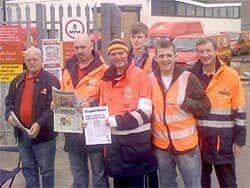