This article is over 10 years, 1 months old
Ten months ago millions of Egyptians rose up in a mighty revolution and told their tyrant to go.
Downloading PDF. Please wait...
Monday 28 November 2011

Ten months ago millions of Egyptians rose up in a mighty revolution and told their tyrant to go.

It began with demonstrations on 25 January. But at the end of that day—after mass battles with the hated police force—people simply didn’t go home. They wanted to do more than protest—they wanted to bring down Hosni Mubarak and change Egypt forever.

Millions around the world watched the pulsing crowds in Tahrir Square in wonder, as unarmed demonstrators took on the might of the security forces and police. They seemed to have achieved the unbelievable.

The police retreated in disarray. “The army and the people—one hand” shouted the protesters as troops rolled into the square.

Yet Mubarak remained defiantly in power. The fate of the revolution hung in the balance. The numbers swelled in Tahrir, but the regime began to sound out political leaders to cut a deal.

But something changed in the last week of Mubarak’s rule. Hundreds of thousands of workers went on strike.

Even the smallest strike is a little revolution in its way—overturning the boss, workers taking control of their own time and energy, even for a short while.

The workers took the revolution deeper and further than it had been before.

Once they began, the revolution was no longer just in the city centre streets—it was a battle in every workplace. Nor was it just about the end to Mubarak. The revolution in the workplaces uncovered the intimate relationship between the bosses’ tyranny and the regime.

In the Egyptian public sector the boss was not just a manager, but a trusted member of the ruling party. These people were aptly described as “Little Mubaraks”.

After Mubarak was deposed, liberal politicians, the Muslim Brotherhood’s leaders and Mubarak’s own generals pleaded with Egyptians to return to work.

They hoped to freeze the revolution as a snapshot of revelling crowds in Tahrir Square while the structures of political and social power remained untouched. But the strikes continued.

In thousands of workplaces strikers drew up lists of demands—decent pay, job security and an end to corruption and rule of the Little Mubaraks.

Workers knew they had changed Egypt. They looked at the same faces from the political elite, the same generals who had saluted Mubarak for all those years and asked, “Did we sacrifice our children on 28 January for you?”

Before the revolution there were four independent unions, founded in defiance of the law that banned all trade unions outside of government control.

Today there are more than a hundred independent unions. The Egyptian Federation of Independent Trade Unions now has an affiliated membership of 1.4 million workers.

Meanwhile crowds began to return to Tahrir to demand the generals prosecute the police responsible for killing over 800 people during January’s uprising. The military council responded by brutally clearing the square.

Strikes and demonstrations were outlawed, and 12,000 people disappeared into prison following military trials.

Yet the strikes got bigger, and more organised—around 500,000 workers took action in September.

The generals unleashed a horrific bloodbath on 9 October, when armoured cars attacked a march calling for rights for the Coptic Christian minority.

But the protesters kept returning to Tahrir, and criticising the generals.

The renewal of the mass protests this month is a reflection of how deep and how far the revolution has gone. In their large and small acts of resistance and heroism, millions of Egyptians have changed the world—and in doing so they have changed themselves.

Our strikes and protests against austerity may not be a revolution, but they are part of the same global process as events in Egypt. We too can change the world. 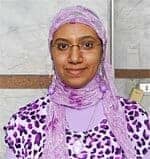