The terror unleashed by the US

This article is over 20 years, 3 months old
'THEY ARRIVE at an undefended village, assemble all the residents in the town square, and then proceed to kill, in full view of the others, all persons working for the government-including police, local militia members, party members, health workers, teachers and farmers.'
Downloading PDF. Please wait...
Monday 01 October 2001

‘THEY ARRIVE at an undefended village, assemble all the residents in the town square, and then proceed to kill, in full view of the others, all persons working for the government-including police, local militia members, party members, health workers, teachers and farmers.’

The Contras were created, trained, armed and financed by the US, and unleashed on the Central American country of Nicaragua in the 1980s. The US, under President Ronald Reagan, waged a war of terror through the 1980s which saw tens of thousands of people slaughtered in Central America. Key figures behind the terror are now at the heart of George W Bush’s regime. They include George Bush Sr, Secretary of State Colin Powell and his deputy Richard Armitage, US ambassador to the United Nations John Negroponte, and George W Bush’s ‘human rights specialist’ Elliot Abrams.

In 1979 the US-backed dictator in Nicaragua, Antonio Somoza, was overthrown by a popular revolution. The revolution shocked the US rulers. A US propaganda film summed up their fear: ‘What is at stake is more than the oilfields of Guatemala and Mexico, more than the natural resources. Today El Salvador and Guatemala. Tomorrow Honduras, Costa Rica, Belize, Venezuela, the Dominican Republic, Mexico, the United States.’

After the election of Reagan in 1980 the US decided to crush the rebellion. Reagan ordered the CIA to recruit and train a terrorist organisation, the Contras, to wreak havoc on Nicaragua.

The US also imposed an economic blockade on Nicaragua-and used terror to enforce it. In 1984 US forces mined Nicaraguan harbours to prevent anyone trading with the country. The CIA guidelines to the Contras advised them to learn from terror methods used by Hitler’s Nazis: ‘Remember that infiltration and subversion allowed them to penetrate target countries.’

The horror of the Contra terror caused outrage across the US, and forced the US Congress to vote to cut off military funding in 1984. But key figures in the US state organised to secretly continue funding the Contras, using money laundered from drug-running. Among those directly involved were Richard Armitage, now US Deputy Secretary of State.

Colin Powell, now US Secretary of State, was one of those who tried to cover up the scandal. The secret funding allowed the Contras to keep up their terror campaign. The Guardian reported the results of a Contra raid on one village: ‘Rosa had her breasts cut off. Then they cut into her chest and took out her heart. The men had their testicles cut off and their eyes poked out. They were then killed by slitting their throats and pulling the tongue out through the slit.’

The Contra campaign cost at least 17,000 lives directly, with many thousands more maimed.

CENTRAL AMERICA was only one part of the world where the gang around George W Bush went on the rampage in the 1980s.

1983-the US invaded the Caribbean island of Grenada to overthrow a government it saw as hostile to its interests.

1984-US warships shelled Beirut in Lebanon, killing hundreds of people, in revenge for an attack on US troops.

1986-the US, with British support, bombed the Libyan capital, Tripoli. Hundreds of people died as the bombs fell on residential areas and hospitals.

1989-the US invaded Panama in Central America to overthrow its ruler and former US ally General Noriega. Noriega had been involved in the Contra drugs and arms scandal, and was a former CIA employee.

Throughout the 1980s the US helped arm the right wing UNITA force in Angola, which waged war on the elected government. In 25 years over one million people have been killed.

A UNITED Nations commission report identified military officers responsible for some of the worst atrocities in El Salvador in the 1980s. They had all graduated from the US’s School of the Americas (SOA) training camp in Georgia.

Among the 57 named SOA graduates in the UN report on El Salvador were:

Mario Arevelo Melendez: involved in the murder of six Jesuit priests in 1989.

Armando Azmitia: involved in a notorious 1981 massacre of hundreds of civilians at the village of El Mozote.

Luis Colindres Aleman: involved in the killing of four US nuns in 1980.

Carlos Medina Caray: involved in the 1981 El Junquillo massacre, in which troops raped and murdered children as young as 12.

NICARAGUA WAS only one target of the US campaign. In the 1980s the US intervened to crush revolt in El Salvador. Its favoured tools were death squads linked to the El Salvadorean military. Anyone who opposed the regime became a target. The country’s Archbishop Romero was gunned down on the steps of his cathedral in 1980.

The man who organised Romero’s killing was Robert D’Aubisson, a military officer and leader of a fascist party. He was a graduate of the US’s School of the Americas training camp. The US backed him during the 1980s when he became president of El Salvador. US citizens who had gone to El Salvador for humanitarian reasons were also targets. Four US nuns were raped and murdered in 1980 by death squads.

One report by the Salvadoran Socorro Juridico human rights legal group described how ‘the corpses appeared scalped, beheaded, with throats cut and dismembered. The heads of the decapitated began to appear hung from trees or impaled on fences.’

The US funded, armed and encouraged those responsible. In Guatemala the US backed up death squads and a brutal military regime throughout the 1980s. The US attitude was summed up by Fred Sherwood, then head of the American Chamber of Commerce in Guatemala: ‘Why should we be worried about the death squads? They’re bumping off our enemies. I’d give them more power. The death squad? I’m for it!’

The US coordinated the wars in Nicaragua and El Salvador from neighouring Honduras, which also had a repressive military regime and death squads. From 1981 to 1985 the US ambassador in Honduras was John Negroponte, now George W Bush’s ambassador to the United Nations.

The US paper, Baltimore Sun, uncovered evidence that opponents of the Honduran regime ‘were kidnapped, tortured and killed by a secret army unit trained and supported by the US Central Intelligence Agency’.

The film Salvador, available on video, is a brilliant portrayal of US involvement in the terror in El Salvador.

Interview with Gary Younge on the US presidential elections

Recession and war have been linked in the past

Greece: ‘War on the capitalist’ 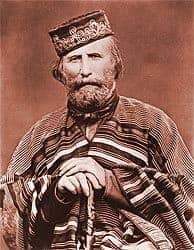 The legacy of Giuseppe Garibaldi - the 19th century's Che Guevara