This article is over 11 years, 11 months old
Dan Swain continues our series with a look at the third attempt to unite workers across borders
Downloading PDF. Please wait...
Tuesday 16 February 2010

When the parties of the Second International voted to support the First World War many socialists were left uncertain about what to do next.

From the carnage of the war, however, came a beacon of hope that inspired millions across the world.

A revolution in Russia put workers in control in October 1917. The Bolshevik Party argued for forming a workers’ state by placing power in the hands of the soviets – councils of workers based in the factories and communities.

The Bolsheviks had opposed the war. After the revolution they ended Russia’s involvement.

Bolshevik leader Vladimir Lenin had argued that revolutionaries and reformists should organise separately. The success of the revolution had proved how important this was. It inspired the creation of Communist Parties across Europe.

In 1919 these organisations were formally united in the Communist International, known as the Third International. It was formed in a period of huge social upheaval.

There were mass strikes all over Europe. Soviets similar to those in Russia were formed in Berlin, Vienna and Budapest.

Socialists in Russia knew that if the revolution did not spread to other countries it would be defeated.

Germany, which had the largest working class in Europe, was the most important country. Lenin declared in 1918 that, “It is an absolute truth that without a German revolution we are doomed.”

However, the Communist Party in Germany was a new and relatively small one. It had only recently broken from the Social Democratic Party.

Revolution was a real possibility in Germany between 1919 and 1923.

But the leaders of the Communist Party made a series of tactical mistakes that led to their defeat.

They squandered the trust of workers through irresponsible uprisings that were doomed to defeat.

As a result of this they were too timid to take a lead at other times.

The defeat of the German Revolution led to Russia becoming increasingly isolated.

Lenin’s death in 1924, and the enormous damage done to Russia by civil war, created the conditions in which a growing bureaucracy could concentrate their power.

Joseph Stalin, who headed the bureaucracy, asserted that it was possible to construct “socialism in one country”. This was the complete opposite of what Lenin had argued.

The International increasingly became a tool of Russia. Communist Parties around the world were instructed to respond to every whim from Moscow. This led to bizarre twists in strategy.

First, members of the International were told not to work with social democrats at all. Instead they were denounced as “social fascists”. This was utterly disastrous. The left was divided when unity was needed against the Nazis.

Then suddenly the International switched, and Communists were ordered to seek alliances with anyone and everyone.

This “Popular Front” tactic even led to Communists participating in governments in Europe and breaking strikes.

As the exiled Russian revolutionary Leon Trotsky put it, the International had become a “submissive apparatus in the service of Soviet foreign policy, ready at any time for any zigzag whatever”.

Against this, Trotsky argued consistently for the idea of the united front.

This had been a strategy put forward at the Third International’s 1922 congress. It argued that the Communist Parties must seek to work with social democratic parties in an effort to influence the majority of workers.

The policy adopted in 1922 argued that the role of the International “is not to establish small communist sects aiming to influence the working masses purely through agitation and propaganda, but to participate directly in the struggle of the working masses”.

The Third International brought together millions of workers under a banner committed to the need for world revolution.

It inspired millions to fight for a better world. It educated generations of activists and militants, and played a key role in many struggles.

The early struggles of the International still hold many important lessons for us today. However, its fate was too closely tied to that of Russia.

Stalin misled the workers organised in the International as did their own national leaderships, who too often meekly obeyed every command. 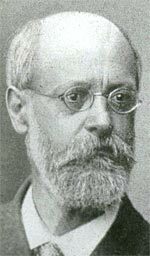