‘The time to stop the war on Iraq is now’

This article is over 19 years, 5 months old
SCOTT RITTER is not someone Socialist Worker would normally have much time for. He is a member of President George W Bush's Republican Party and was at the centre of US operations against Iraq during the 1990s. Yet in a packed meeting at the Houses of
Downloading PDF. Please wait...
Saturday 27 July 2002

IN AMERICA we say, ‘Don’t let friends drive drunk.’ There is a drunk at the wheel of American foreign policy. Friends of America must stand up and stop the madness, and take away the key driving the American machine towards war.

I am a card-carrying Republican who voted for George W Bush for president. I am not here as a friend of the Iraqi people. I was a weapons inspector in Iraq from 1991-8. I was not there to be friendly but to disarm Iraq. I am here as an American citizen concerned about the state of my country which is heading down a path that will lead to death and destruction. It will be a war the like of which you have never seen.

The United States of America has the best trained, the best led, the best equipped military forces the world has ever seen. We are the most efficient killing machine in the history of mankind. Iraq will be destroyed with a vengeance. I am a 12-year marine veteran. I fought in the first war against Iraq. When we talk about war, be clear that war means death and destruction.

When the bullets fly there is no movie music in the background. You kill people. You get killed. That’s what war is about. There is no such thing as a good war. There can be a just war. If Iraq possesses weapons of mass destruction today I will be the first to sign up to wage war. For then Saddam Hussein is a pariah leader at the head of a rogue state.

If Iraq has weapons of mass destruction then I’m with you, Tony Blair and George W Bush. But back it up with evidence. I’ll tell you what I know. I know that since December 1998 there have not been weapons inspectors in Iraq, and that without weapons inspectors we cannot know what has happened on the ground.

But, as of December 1998, the weapons inspectors had destroyed the factories that could be used to produce chemical, biological or nuclear weapons. They are gone.

We backed it up with monitoring and the most stringent controls in history to ensure that Iraq wasn’t reconstituting that ability. We could not account for everything. But we do know that the factory where, for example, they made liquid bulk anthrax ceased production. We blew it up in 1996. Liquid bulk anthrax cannot survive for more than three years even under ideal storage conditions. So even if Iraq did hide some from us it is no longer viable.

As of December 1998 we came close to zero level in terms of Iraq’s ability to produce or maintain weapons of mass destruction. Biological and chemical weapons must be produced in industrial facilities possessing the highest level of technology. Iraq would have had to procure much of this from abroad to reconstitute facilities.

I know that sanctions are a sieve. But I worked with the best intelligence agencies in the world. If Iraq were to attempt to acquire this equipment they would be detected. Even if they got it and attempted to reconstitute a biological, chemical or nuclear factory, it is detectable.

When you have the prime minister of Great Britain or president of the United States speak of a dossier, demand this dossier. The Bush administration has such a hunger for war with Iraq. They are desperate for any evidence to justify war with Iraq. If the US had any credible information it would be on the front page of every American newspaper tomorrow.

Two-you cannot link Saddam Hussein to the terrorism of 11 September or anti-Western terror groups. Three-there is no record of Saddam Hussein providing anybody with weapons of mass destruction.

If this is not a national security issue, why are we doing it? It is about American domestic politics. We have in Washington DC an administration that has a visceral hatred of everything the Clinton administration stood for, including his unwillingness to decisively confront Iraq.

They spent time developing an ideology that espouses regime change in Iraq, and unilateralism in foreign policy-we don’t need the rest of the world, the United Nations or international law. We will do this, they say, because we are America-we are the sole remaining superpower, and we can get away with it.

This has become policy-a part of the neo-conservatives’ ideology. I have been accused of being unpatriotic, an enemy of the state. I’m a decorated 12-year marine veteran who has put my life on the line for my country. I am exercising my constitutional duty to hold my elected representatives accountable for what they do in my name.

If we go to war against Iraq we are only reinforcing the case put forward by Osama Bin Laden and his associates. They said 11 September was the opening salvo in a clash of civilisations between the West and Islam.

Most of Islam rejected this. They said, ‘No way, Osama. You don’t speak for us.’ If we replaced Saddam Hussein, what will follow?

I don’t believe that the US has the stomach to occupy Iraq for any length of time. When the US withdraws from Iraq our appointed government will collapse, and what will replace it will be Islamic fundamentalist. Many states in the region also have regimes whose populations are becoming more and more restive. You could see a domino effect-Saudi Arabia, Kuwait, Turkey, Egypt-and Osama Bin Laden will have won.

An invasion of Iraq is the quickest way to give legitimacy to the men who attacked the US on 11 September. There is a momentum developing for war on Iraq. In California 20,000 marines are training for taking part in a major ground operation in Iraq as early as October this year.

Boeing is accelerating delivery of smart bombs so we can be in a position to wage war as early as October. Once you start deploying troops, committing economic, military and political capital to war with Iraq, then war becomes inevitable. The time to stop war with Iraq is now.

If you in Britain are able to create a shift in the policy of the Blair government you will have achieved a victory of tremendous proportions which will motivate people in America.

Many Americans feel powerless to stop this war. They need an example. I appeal to the British to lead by example. Stop this war.
This is an extract from Scott Ritter’s speech, edited for reasons of space.

‘Turn this into a massive demo’

THE MEETING in parliament was chaired by Labour MP George Galloway. He is a leading figure in the movement against Bush and Blair’s war drive. He summed up with a vital rallying call to the anti-war movement:

‘Our task is to make it politically impossible for our government to commit forces to war. We have built a massive anti-war movement in this country, which three times has put up to 100,000 people on the streets. The next demonstration is on 28 September, on the eve of the Labour conference. It is perhaps the most important political demonstration there has ever been in this country. It must be mammoth.’

Video of Tommy Sheridan's speech at Time to Go demonstration 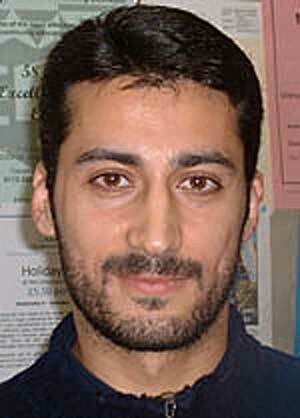