This article is over 1 years, 3 months old
​​​​​​​Keir Starmer is pushing a renewed right wing direction for Labour. Nick Clark looks at why that is, and examines how it’s old hat for the party that’s built on appeasement
Downloading PDF. Please wait...
Sunday 27 September 2020

He began with a speech on loving Britain, “security” and family values. He followed it up by punishing MPs who voted against a bill that protects war criminals.

Keir Starmer has made a step change in his leadership of the Labour Party.

It’s no longer simply about showing how respectable he can make Labour, how “forensic” he can be in parliament, how “responsible” he would be with the state.

It’s about pandering to right wing politics on war, crime and immigration—and making the left fall into line behind a union jack.

Everything Starmer has done as leader has been to demonstrate a clear break from the leadership of Jeremy Corbyn.

It started with proving to the state and to bosses that he was a safe pair of hands.

Now Starmer wants to do the same for people he thinks would not vote for Labour because Corbyn was too left wing on “social issues”.

In June a grouping called Labour Together published a review of the 2019 general election that has been hailed as a “blueprint for Starmerism”.

Labour Together claims to be a loose coalition of people from “all wings of the party”. But most MPs listed as ­supporters come from the right, with a smattering from the soft left.

One of its figureheads is MP Jon Cruddas. He was a big supporter of the Blue Labour ­project that led Labour towards “patriotism” and tough ­controls on immigration around a decade ago.

Labour Together believes a big problem is “cultural divides” in Britain. It says these are between those who are “socially liberal” and everyone else, who are “proud to be British” and want things like stringent ­immigration controls.

The socially liberal, it insists, are the minority but are important as Labour’s “core vote”, and the key is to bridge the gap.

The way to do this is with “a big change economic agenda that is seen as credible and morally essential”. But it has to be made to “sit alongside a robust story of community and national pride”.

People who agree with this have been elevated in Starmer’s Labour.

The party’s recently appointed general secretary David Evans was making this sort of argument as early as 2017. So was Starmer’s executive director of policy Claire Ainsley in 2018.

Ainsley is credited with Starmer’s shift last week—especially his appeal to “family” values—and will have a big hand in writing Labour’s election manifestos.

Her big argument, in a book published in 2018, starts off sounding different.

There’s a “new working class” that no party represents, Ainsley says. “It is multi-ethnic and much more diverse than the traditional working-class,” with disparate opinions.

But Ainsley ends up in the same place.

Tying different strands together means adopting policies that appeal to their “values, concerns, interests and attitudes.” These include protections for workers and tenants, but also sending ­“signals” that Labour shares their “values” of “family, fairness, hard work and decency”.

It fits pretty neatly with what Labour Together wants. And that’s exactly what Starmer did in his keynote speech last week, bringing together promises of pay rises and affordable housing with talk of national pride and security.

Underneath it all, there’s a belief that working class people are almost all right wing.

And all but two of the seats that Labour lost to the Tories in 2019 were in areas with a majority for Brexit in the 2016 referendum.

People who’d delivered a blow to those at the top of society in 2016 felt they had been abandoned by Labour in 2019.

It was the culmination of a collapse of Labour’s support ever since Tony Blair became prime minister in 1997. That trend was only bucked in the 2017 general election—Corbyn’s first as Labour leader.

Even in 2019 support for Labour’s left wing policies was high, including among Brexit voters.

Yet the right insisted that people didn’t vote Labour simply because Corbyn was too left wing for working class people.

It conveniently shifted the blame away from themselves—for pushing Labour towards backing remain, for continually undermining their own party, and for the decimation of Labour’s support under their years of leadership.

This is something Labour has done time and again ­throughout its history. From its very ­beginning, Labour has tried to be all things to all people.

Although Starmer is the ­current architect of Labour’s trajectory, the real question isn’t who is leader, but in the nature of the Labour Party itself.

Even Corbyn tried to appeal to the right—he allowed many of its MPs to be shadow ­ministers and ruled out ­scrapping Trident nuclear weapons.

Labour’s focus on getting elected means appeals for votes from all sections of public opinion, left or right, working class or not. This can be a fine balancing act of contradictory policies.

Quite often it has hit upon patriotism to gloss over those contradictions and hold them together.

Whether you want ­radical transformation of society, or are completely hostile to such change, Labour claims to ­represent you.

In the same way, Labour has always tried to make the ­interests of ordinary people seem to fit with those at the top of society.

A central part of Starmer’s leadership is to try and prove to the rich and powerful that they can trust Labour to manage the state and not threaten their interests.

These are the people who were horrified at Corbyn’s plans to raise income tax for the highest earners, or to nationalise some sections of industry. They’re the people who threatened economic ruin if a Corbyn-led government got elected, and mutiny and sabotage at the highest levels of the state.

Starmer’s job is to reassure them. It’s part of the reason why he punished Labour MPs last week for voting against a Tory bill that protects British soldiers from prosecutions for war crimes.

It’s why he’s sent his shadow chancellor Anneliese Dodds to “mend ties” with City bankers earlier this year. Dodds then returned to the language of “responsible” spending that previous Labour chancellors have used to justify austerity.

And it’s why Starmer has supported every Tory effort to force people back to unsafe workplace during the coronavirus outbreak.

Starmer has to pretend that the needs of ordinary people should be united behind those at top in a shared “national interest”.

For now, he can claim his promises of big economic change—under the vacuous slogan, “jobs, jobs, jobs,”—is all part of that.

But if, as the economic crisis triggered by coronavirus hits, bosses demand job losses and wage cuts, Starmer won’t hesitate to back them. In the national interest.

For the same reason, we can also expect more pandering to right wing politics from Starmer in the future.

The supposed “progressive” elements of Labour’s patriotism always give way to the ­reactionary reality of what supporting Britain actually means.

Left wing ideas have to be tempered so as not to clash with the right. For instance, Starmer has stuck two fingers up at the Black Lives Matter movement and those at the most radical end of the fight against racism.

He condemned protesters in Bristol for toppling the statue of slaver Edward Colston for doing it in the “wrong way.”

When protesters turned their fire on institutional police racism, Starmer pledged his support for the cops.

Black Labour members are sidelined in the interests of picking up right wing votes.

The last time Labour flirted with patriotism was with the Blue Labour project, briefly popular in the party in 2011.

Blue Labour’s founder, Maurice Glasman, said Labour had to come “together to forge a common good in their communities, workplaces and across the nation”.

What he really meant was that Labour should support a “complete ban on immigration” and to bring the interests of racist English Defence League supporters “to the table”.

That was too much, even for some Labour MPs at the time. Now, under Keir Starmer, those ideas have been resurrected. 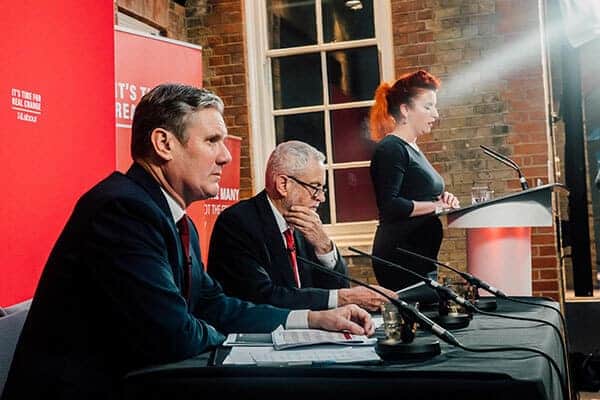 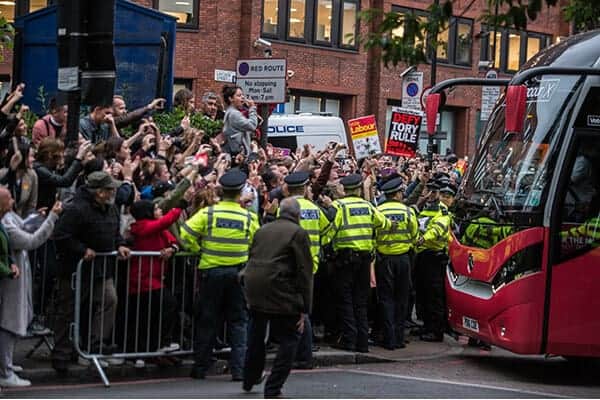 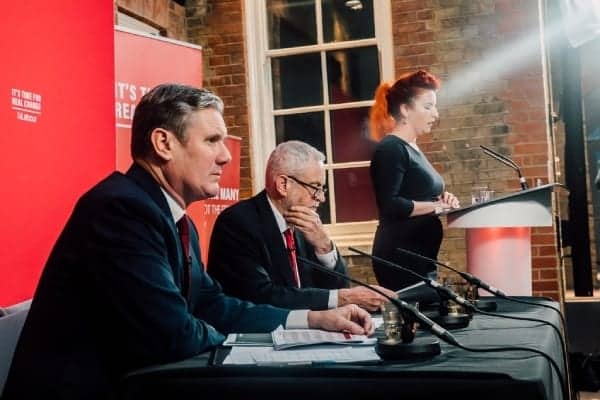 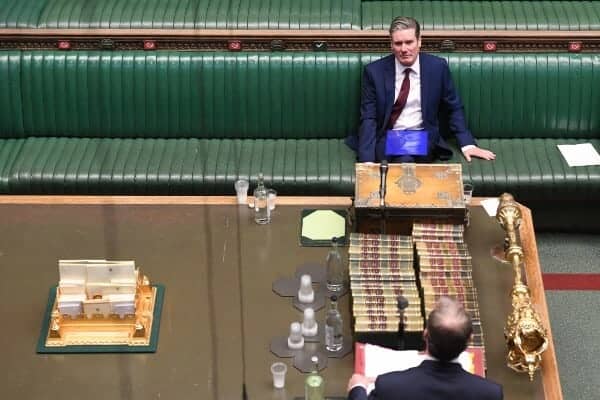