The Vestas struggle has changed the debate about green jobs

This article is over 12 years, 3 months old
The occupation in August and ongoing campaign by the Vestas workers has electrified both the climate change movement and the struggle for jobs.
By Tom Walker
Downloading PDF. Please wait...
Tuesday 29 September 2009

The occupation in August and ongoing campaign by the Vestas workers has electrified both the climate change movement and the struggle for jobs.

Vestas bosses finally removed some equipment from the wind turbine factory on the Isle of Wight last week.

It is a tribute to the Vestas campaigners that it took the company two months – and the back up of the police – to do this.

The workers demanded that the government nationalise the factory and save all 600 jobs. From the first day, other workers on the Isle of Wight supported the occupation.

Thousands of pounds poured in from union branches and supporters across Britain.

There were protests, meetings, rallies and mass leafleting in 20 towns, and two national days of action. Vestas workers toured Britain, speaking to the thousands who came to listen.

The campaign had an impact far beyond the numbers involved. And the occupation came close to forcing the government to act.

In fact at one point, the government told the workers that it even asked Vestas if it could buy the factory. Vestas worker Mike Godley explains, “They said they’d offered Vestas money but they wouldn’t sell. They said they’d tried to get investors in there to take it over but Vestas won’t allow it.”

The government wasn’t willing to stand up to the company. But the fact that it tried to buy the factory shows the enormous pressure the workers put it under.

That’s remarkable when you consider that there were fewer than 20 workers occupying the factory.

In the end the small numbers involved meant the company was able to victimise 11 of the occupiers, sacking them with no redundancy pay.

But the size of the occupation was not the workers’ fault.

Mike explains, “We got grassed up to the managers. So we ended up being forced to go for it with the people we could get together at a few hours’ notice.”

The Vestas workers had been directly inspired by the Visteon car parts workers’ occupations in Enfield, Basildon and Belfast.

They had wanted and expected an occupation on a similar model with hundreds of workers taking the entire factory, controlling an entrance that could let new people in – and occasionally let some occupiers go home for proper meals and sleep.

But in the event the Vestas workers faced the choice between a small occupation or no occupation at all. They were right to go for it.

Without the occupation, most people would never have heard of Vestas.

The job losses would have just added to the mounting casualties of the recession. And the occupation won solid results – with better redundancy pay for most of the sacked workers.

But the occupation was difficult for the workers. They found themselves sealed away behind a steel fence, living in managers’ offices.

Supporters had to fight just to get any food through police lines.

With such a heavy-handed response from the company and the state, just keeping the occupation going was an act of defiance.

But the Vestas workers went much further than that.

The occupiers used phones and the web to organise even though they were trapped inside.

And the campaign made sure that they did not feel isolated by holding mass rallies outside the factory.

At the peak, hundreds of workers were turning out to support them.

And dozens of activists came to camp outside the factory.

Unfortunately, when the occupation was broken up after a legal ruling, the campaign had difficulty sustaining this momentum and media coverage.

The initial success of the Vestas workers in occupying with small numbers led others to try their hand in support, occupying everything from rooftops to barges and paths outside the factory.

But lacking the mass support of the workers’ occupation, they faced an even harsher and swifter police response.

This culminated in last week’s use of force to get £750,000 worth of wind turbine blades out of the factory.

Some activists – though not the workers – have criticised the focus on building solidarity nationally instead of busing in protesters to help picket the factory.

But the national campaign has helped to pile pressure onto the government and raise the issue of “green jobs” much more widely.

To their credit the RMT union got the Vestas workers’ fight raised at the the recent TUC congress. Labour climate change minister Ed Miliband was clearly rattled when he spoke.

He was forced to announce millions of pounds will go to creating “green jobs” and to join in the applause when Vestas workers stood up in protest and delegates gave them a standing ovation.

But if a little heckling can put Miliband on the defensive, just think what a difference a national day of action involving solidarity strikes would have made.

The trade union bureaucracy must bear responsibility for the lack of this kind of action.

Of course many union leaders applauded the Vestas workers at the TUC congress, but the stark reality is that despite lots of grassroots support, almost the entire trade union leadership left the workers to fight alone.

The Vestas campaign has shifted over time from the direct issue of the factory itself to the wider questions of green jobs. This means that it will continue to be at the centre of climate change debates and action in the run up to the Copenhagen climate change summit in December.

The Vestas workers’ fight is a landmark in both the struggle against the recession and the battle for the planet’s future.

The campaign for justice for the remaining 11 workers without redundancy pay continues.

And the Vestas struggle shows that climate change will not be solved by mealy-mouthed statements from world leaders – it is workers who have the power to take the future of the planet in their hands. 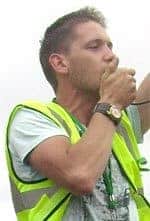 Vestas workers interviewed: in the eye of the storm