This article is over 2 years, 4 months old
As debates rage on the left over whose opinions should we allow to be heard, the right pose as free speech defenders to justify bigotry. Simon Basketter speaks his mind
Downloading PDF. Please wait...
Tuesday 25 February 2020

You can’t say anything these days. Rod Liddle, who once assaulted his pregnant partner, points out in his columns in The Sun, The Mail, Sunday Times and the Spectator that you can’t get hate into newspapers.

Jeremy Clarkson was censored by the BBC for assaulting his producer for being Irish and late with his drink. He only has The Sun, The Times, Sunday Times and Amazon Prime to make racist jokes in.

Even the actor Laurence Fox was so restricted in expressing his posho prejudices that he only got to do it on Question Time and This Morning.

The right has always been in the business of twisting ideals they despise into a parody.

It’s partially why ­billionaires say they are anti-establishment and wars are fought for freedom.

So it was inevitable that the bigots’ head prefect Toby Young would set up a union. Having lost a job policing what Muslims can say in colleges two years ago, Young launched a union last week.

Young’s free speech union—yes seriously—burst out of a boil of an ongoing campaign by the right.

If you have been picked on by the nasty leftists then get in touch and—for a fee—he and his reactionary support group will take up your case.

Anyone who objects is ­objecting to free speech, which means they’re the fascists.

One consequence of this ­dangerous bilge is that if you tell racist bigots that standing up for racism and bigotry makes them brave free speech ­defenders, they’re going to act on it.

But there is another free speech tradition.

In the early 20th century in the US, the Industrial Workers of the World (IWW) waged a free speech campaign. Speakers would stand on the street and speak out against local corrupt bosses.

This was met with brutal crackdowns by the authorities. Over 5,000 speakers were arrested at one time.

The scale of workers’ response and the determination to speak out meant the IWW created and organised space for themselves and others.

Later, college protests for civil rights and against the Vietnam War were ignited by the 1964-65 Berkeley Free Speech Movement. It began as a movement to acknowledge students’ right to be political, which had been subjected to a ban. Again activists faced ­crackdowns and mass arrests.

At one point, 800 students who had been occupying an administration building were arrested. Some 3,000 activists blockaded a police car taking one student to jail.

They made speeches on top of the car and prevented it from moving for 32 hours, until the charges were dropped. The right to be politically active on campus was won.

Berkeley became a focal point for college activism during the mass opposition to the Vietnam War.

So whose voice gets heard is a battleground but not the way the right pretends it is.

In truth there is little ­freedom of speech under capitalism. Laws such as copyright and libel law limit what can be said and published. Capitalism prioritises the rich—so those with the most money get to shout the loudest.

Within corporate media there is a near uniformity of views on politics in general and foreign policy in particular.

The right attempts to confuse and disorient people otherwise opposed to its ideas.

It normalises hate speech while at the same time ironically portraying the left as “intolerant.”

So people who normally demand law and order with added flogging celebrated when a judge condemned cops for arresting someone for being abusive to trans people.

Socialists are against thought crime cop raids. But we should take no lectures from those who have no interest in women’s rights any more than they do in trans rights.

They are just interested in strengthening the right to hate.

There is in fact quite a lot less shutting down of the poisonous words of the right than there needs to be.

So does that mean we should no platform all we disagree with?

No. The slogan “no platform” grew as a way of recognising the specific nature of fascism and as a mechanism for mobilising against it. Fascism is not a political current like any other and should not be treated as such.

Fascists are dedicated to destroying every vestige of democracy. Mere words are not enough to defeat them.

Through the 1970s there were successes.

Mass mobilisations created a climate where it became difficult to be a respectable Nazi and very difficult to find a ­platform for their views.

From the 1980s onwards, particularly in student politics, there was a tendency to generalise the idea of no platform.

Any means necessary to stop the Nazis was replaced with easier bureaucratic methods to stop all oppression.

The good bit was that, as movements made links with the interconnecting oppressions in capitalism, more things got confronted.

The bad bit was a fair chunk of moralism that came from ­looking for any agency other than mass action to bring change.

One of the reasons for this expansion was a move away from action of any sort to tackle oppression.

No platform could be used as a quicker way of dealing with problems than either argument or protest.

That can seem useful if the left run the institutions, less so if they don’t.

It also rules out trying to tackle reactionary ideas that aren’t fascist. The state in particular has a long history of using restrictions on rights against the very people who are meant to be protected.

So socialists fight for the widest possible expansion of democracy.

Most of the most important struggles in the history of revolt were partly or wholly begun by winning democratic rights and making them real and meaningful.

The right for the voiceless to speak and be heard has been at the heart of that.

There is a difference between telling truth to power and the powerful making sure theirs is the only voice.

Everyone accepts limits to free speech. For example the mainstream press wouldn’t publish child pornography in the name of free speech. Though they come close.

We should accept no limits on our rights to protest against the powerful.

People who think it is good for the poor and the oppressed to be attacked should be protested against and shouted at. They can even be shouted down.

People who want to turn the skin of Jewish people into lampshades should not be given any sort of a platform or promotion. Their ­movements should be ruthlessly smashed.

In all cases the more people involved, the better. Finally a Marxist defence of freedom of speech looks different from a liberal one, which concerns itself primarily with respectful debate and dialogue.

Our ideal political outcome is not an ongoing debate between left and right. Whether this is robust, rude or polite is not key.

Our goal is to build a new world by overthrowing this system.

One very good reason to do that is so that racist, sexist and other oppressive conclusions are unthinkable because the material causes of oppression are removed.

This brutal society is not a debating club for elderly public school boys. This is not a culture war it’s a class one—and the point is to win. 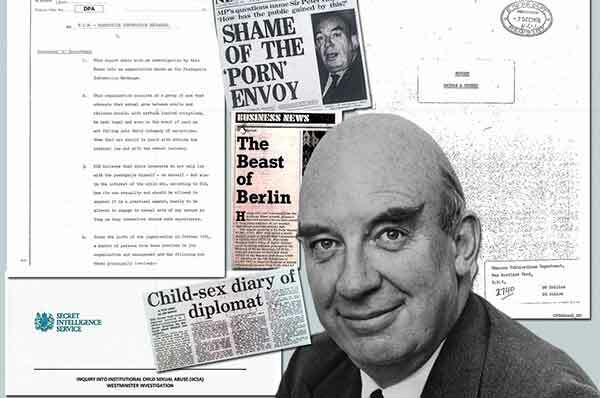 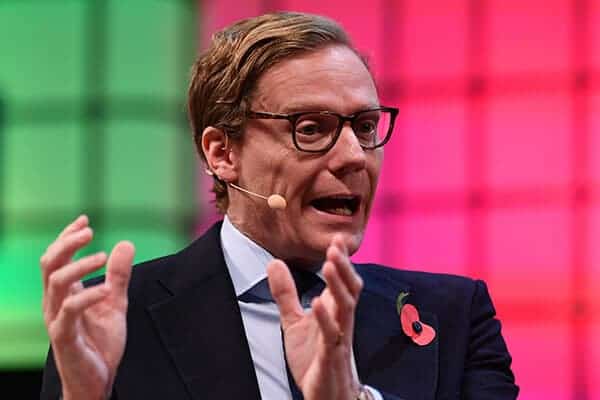 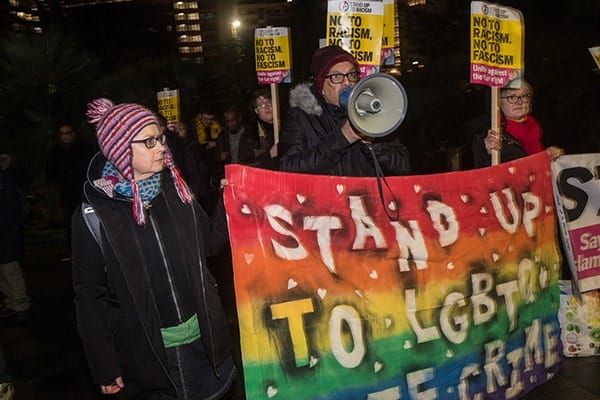 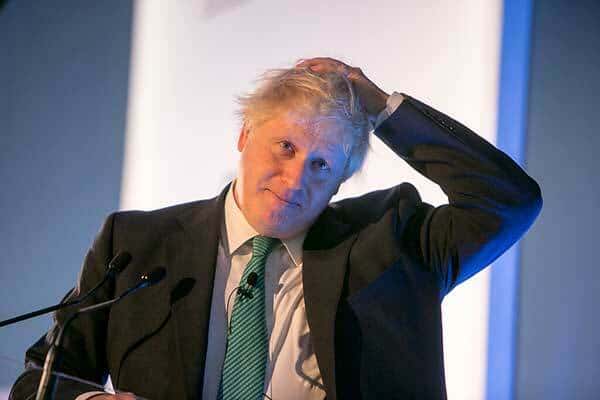 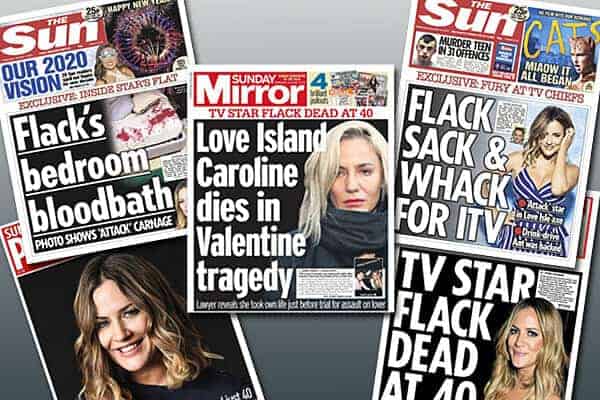 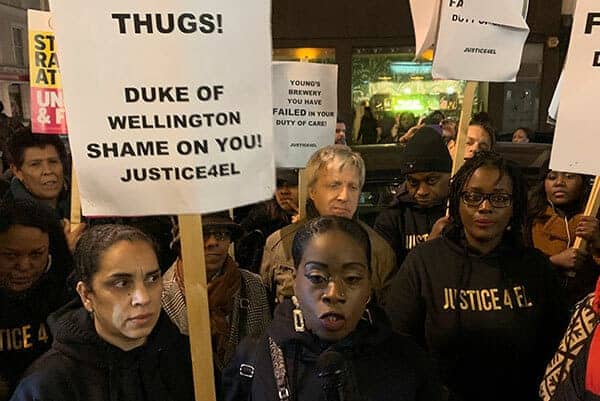