There’s no reason for getting spooked

This article is over 19 years, 2 months old
THE revelations about MI5 infiltration of the unions confirm that there are large parts of the state wholly removed from any hint of democratic control. According to the BBC series True Spies, secret service agents bugged, burgled and bribed their way into the heart of the unions during the 1970s and 1980s. Hurling aside all the rhetoric about privacy and the rule of law, these agents did what they pleased in order to destabilise workers' organisations.
By Charlie Kimber on spies in the trade unions
Downloading PDF. Please wait...
Saturday 02 November 2002

THE revelations about MI5 infiltration of the unions confirm that there are large parts of the state wholly removed from any hint of democratic control. According to the BBC series True Spies, secret service agents bugged, burgled and bribed their way into the heart of the unions during the 1970s and 1980s. Hurling aside all the rhetoric about privacy and the rule of law, these agents did what they pleased in order to destabilise workers’ organisations.

The spies had friends at the top of the union movement. Joe Gormley, the leader of the miners’ NUM union in the 1970s, and Ray Buckton, who led the Aslef rail union, passed information about their members to state agents. Gormley was a traditional Labour right winger. He had secret meetings with Tory prime minister Ted Heath during the miners’ strikes of 1972 and 1974. So his links with the state are not surprising.

But Buckton is at first sight more of a shock. He was seen as left wing and was at the centre of discussion among left wing union leaders about tactics during the miners’ strike of 1984-5. He was also vilified by newspapers such as the Daily Mail for being a ‘filthy red’ who was holding the country to ransom. On one occasion the witch-hunting was so intense it led to death threats. Buckton was given armed Special Branch guards.

At the time he said he was convinced that his death threats had been engineered to provide an excuse for round the clock surveillance. Perhaps it was to make it easier for him to pass on information! It seems likely that Gormley and Buckton were not alone. The ex Special Branch officers who have been boasting of their exploits to the BBC say that 23 senior trade unionists were ‘talking’ to them in the 1970s – not counting those working directly for MI5.

Based on the agents’ reports, workers were vetted by employers and then blacklisted. The lives of many thousands of workers, and those of their families, were wrecked as a result. The surveillance went beyond trade unionists.

Tony Robinson, a member of Lancashire Special Branch between 1965 and 1981, told the BBC how he visited MI5’s registry. There were ‘thousands and thousands of files. There must have been upwards of, if not more than, a million.’ According to former MI5 officer Cathy Massiter, ‘Whenever a major dispute came up it would immediately become a major area for investigation.’

MI5 compiled 40 volumes each on Hugh Scanlon and Jack Jones, leaders of the TGWU and the AUEW unions. They were viewed much as Bob Crow and Mark Serwotka are today. The security services went for CND and the Anti-Apartheid Movement. They also investigated the National Council of Civil Liberties and its leaders Patricia Hewitt and Harriet Harman.

They are now, respectively, trade and industry secretary and solicitor general. However, for all MI5’s nastiness, it would be wrong to overestimate its importance. It didn’t stop CND and anti-apartheid being huge movements. It didn’t stop the miners winning in 1972 or 1974. Indeed, despite having Joe Gormley as an informer, MI5 told the government in 1972 that there would definitely be no strike.

Ray Buckton did play a disgusting role during the miners’ strike. He pushed through a terrible pay settlement on the rail in January 1985. This helped the Tories isolate the miners. But it is very doubtful that Buckton sold out because he was a spy. Other union leaders also settled key claims while the miners were fighting.

Nor did the secret service briefings always do a great deal for their masters. Labour minister Barbara Castle describes in her diaries, ‘Another security service report on the Ford dispute. The more I read these reports, the less confidence I have in our intelligence.

‘To begin with, the material is always mighty thin and most of it would be obvious anyway to an informed politician.’ Castle once told me (and she wasn’t being especially nice when she said it) that ‘you could learn more from Socialist Worker than from the secret service’.

The state has always sought to infiltrate the unions. From the earliest days there have been spies at work – and there undoubtedly still are some today in the unions and the anti-capitalist movement. True Spies exposed a little of what the state is really like – not neutral, wedded to the interests of the powerful and the rich, immune in critical areas to democracy.

If this is what these people do in a strike, imagine what they would do if they faced a revolution. The state resorts to these measures because of a basic strength on our side. It’s not spies who turn up in large numbers to support other workers on picket lines, but fellow trade unionists and socialists whose solidarity is the key to beating the bosses and their state. 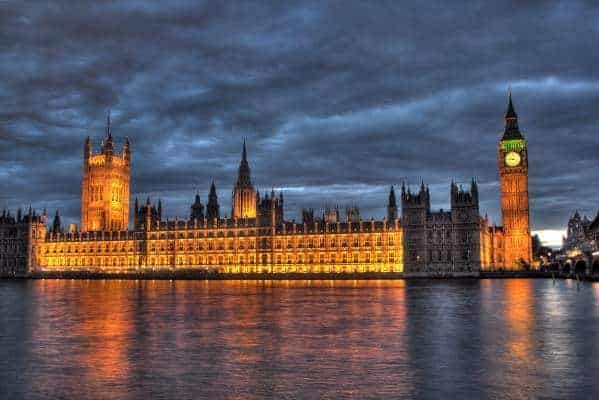 Is the government planning a new programme of council house building? The devil it is

Quiz of the year

Greece shows how we can resist the cuts