This article is over 16 years, 0 months old
Thirty years ago a small group of Asian workers at the Grunwick plant led a historic fight - and faced an onslaught from the right wing gang that would help to launch Thatcherism.
Downloading PDF. Please wait...
Saturday 12 August 2006

Thirty years ago a small group of Asian workers at the Grunwick plant led a historic fight – and faced an onslaught from the right wing gang that would help to launch Thatcherism.

Day after day, television news focused on clashes between mass pickets and the police outside a small film processing plant in the London suburbs.

Post workers at the local sorting office refused to handle post destined for the plant. Each day supporters travelled across the capital to join the protests before heading on to work.

These were the scenes when the quiet streets of Dollis Hill in north west London were jammed with thousands of workers.

Grunwick was a groundbreaking dispute. Britain had never seen such black and white unity on a picket line.

Some of the London dockers who stood beside the strikers had, a few years earlier, marched in support of Enoch Powell’s demand for the deportation of immigrants. Now racist divisions were dissolving into a sea of solidarity.

The strikers, mainly Asian women, had been sacked for trying to form a union to challenge the conditions at the company’s two plants. Pay rates differed from one individual to another with white workers being consistently paid more than black workers.

The women had to raise their hands if they wanted to go to the toilet, and the time spent away from work was strictly monitored.

Britain was a changing country in 1976. James Callaghan’s weak Labour government had to wheel and deal in parliament to secure a majority. Faced with economic crisis, Callaghan went cap in hand to the International Monetary Fund to secure a loan.

Health and education spending were slashed, and unemployment was allowed to rise to discipline workers. The consensus between Labour and Tories in favour of full employment and the welfare state, which had held since the Second World War, was unravelling.

Margaret Thatcher would take these free market policies much further. Right wing figures grouped around the National Association for Freedom (see right) played a key role in the fight against the Grunwick strikers, and later helped in Thatcher’s rise to power.

For a year, beginning in August 1976, a clear battle line was drawn at Grunwick. On one side a “maverick employer” became a focus for the right wing, the media, the police and the judges. On the other stood a band of strikers reliant on solidarity from the trade union movement and the left.

But the Grunwick workers were faced not just with an offensive from bosses and the right wing establishment. The dispute was also a battle for the soul of the labour movement.

Two years earlier, the trade union movement had united behind the miners to sweep a Tory government from office. Now union leaders accepted the notion they had to remain loyal to Labour.

The battle at Grunwicks began on 20 August 1976. Devshi Bhudia, Chandrakant Patel, Bharat Patel and Suresh Ruparelia at the Cobbold Road plant decided to organise a go slow. Bosses sacked one worker, and the other three walked out in sympathy.

A number of workers were then told they would have to work overtime. One woman, Jayaben Desai, refused and walked out, along with her son, Sunil.

Before leaving, Jayaben Desai took the time to issue a warning: “What you are running here is not a factory, it is a zoo. But in a zoo there are many types of animals. Some are monkeys who dance on your fingertips, others are lions who can bite your head off. We are the lions, Mr Manager.”

The following Monday, Jayaben Desai, Sunil and the four other workers arrived outside the plant, calling on the other workers to join them on strike and sign a petition demanding union recognition.

Seven workers struck that day and joined the Apex union. By the end of August, 137 out of about 480 workers were on strike. The boss, George Ward, sacked the workers. “£15 buys a lot of Patels,” he said.

As the strike dragged on there was a great deal of local solidarity but little real support from the top of the unions. Jayaben Desai said, “Official action from the TUC is like honey on your elbow. You can smell it, you can see it, but you can never taste it.”

A year into the dispute, picketing was taking its toll. The strike committee decided to organise a series of mass pickets. They went to more than 2,000 workplaces in 40 weeks to win support.

The mass picket was called for Monday 13 June 1977. Police punched, kicked and dragged pickets across the road by their hair. The women responded ferociously to the attacks.

The heroism of the workers and the police repression swelled the mass pickets. By Friday 17 June, 1,500 workers gathered outside the plant. On Wednesday 22 June, miners from Yorkshire, South Wales and Kent, along with their union leader Arthur Scargill, led thousands of workers from across the country to Grunwick.

The workers overwhelmed the police by sheer force of numbers and successfully blockaded the plant, preventing Grunwick from bussing in scabs.

The mass picket inspired Royal Mail employees at the Cricklewood sorting office, who decided to refuse to handle any mail from Grunwick.

But the solidarity shown by workers was not matched by the union leaders. Apex and the TUC urged the strike committee to call off a day of action on 11 July and instead support a protest march on the same day. The strike committee refused, calling on trade unionists to support both events.

On 11 July, the streets filled with workers who closed down the plant. But at 11am everybody left to join the TUC march. The 24 pickets left behind were insufficient to prevent the scabs’ bus getting through.

The union leaders managed to call a halt to the mass pickets after the government commissioned an inquiry under Lord Scarman.

The refusal of the Cricklewood post office workers to handle Grunwick mail had threatened to drive the company into liquidation. The company was reliant on the post to receive film and to send out the processed photographs. A right wing scabbing operation could not break the post workers – but the union officials were able to force them back to work.

The strikers called another day of action, which they called a “day of reckoning” on 7 November. Eight thousand turned up, but their attempt to blockade the plant failed, with 113 pickets arrested and another 243 injured, 12 with broken bones, in a battle with the police.

The strikers fought on bravely for a few more months, before finally admitting defeat and announcing the abandonment of the strike on 14 July 1978. Their action had lasted 670 days.

Looking back, Jayaben Desai reflected, “My grandchildren and my children are proud of me. Grunwick made history, but I was just one of the actors. The time was right for it and it is just the way I am. If somebody buried me in the earth, I’d be able to propel myself out of it. God made me like that.” 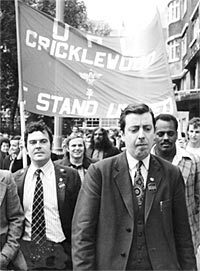 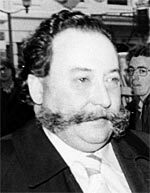