This article is over 4 years, 8 months old
The Confederate statues being brought down across the southern US states are monuments to slavery that were built to bolster white supremacy. They’ve got to go, argues historian Brian Kelly
Downloading PDF. Please wait...
Saturday 16 September 2017

Anger over the lethal far right mobilisation in Charlottesville, Virginia, last month has injected new urgency into the campaign to remove Confederate memorials.

The fascist right chose to make a prominent stand in Charlottesville over plans to remove a statue of Confederate General Robert E. Lee.

The sight of heavily armed men waving swastika and white power flags, decked out in Ku Klux Klan and Nazi regalia, shocked the US. One of the racists ploughed his car into a march, killing anti-racist Heather Heyer.

President Donald Trump’s vile attempt to blame “both sides” for the violence instigated a major crisis.

It also delivered a wake-up call to the small but growing US left. Some 40,000 demonstrators took to the streets of Boston to rout an attempt by “alt-right” supporters to hold a rally.

Monuments to the slaveholding Confederacy litter the landscape of 31 US states and the capital Washington, DC.

Hundreds, including the Lee statue in Charlottesville, were unveiled not in the immediate aftermath of the Civil War, but more than a half century later.

The statues are artefacts of a long and brutal history of racism. They memorialise the southern states’ attachment to slavery and white supremacy.

They point to the kind of racial hierarchy the right would reintroduce if it gets its way.

Two days after the Charlottesville clash activists in Durham, North Carolina, dragged a Confederate memorial from its pedestal.

That same week the city council in Baltimore, eager to avoid the scenes in Durham, voted for “the immediate deconstruction of all Confederate Monuments”.

Other cities including New Orleans have followed suit.

Since then more than 30 monuments have been removed, according to the New York Times newspaper.

Polls show that a large majority of African Americans and about half of young whites support removal.

But ironically 81 percent of Republicans—the party of president Abraham Lincoln who waged war against the Confederacy—are opposed to tampering with Confederate memorials.

The right has denounced this campaign as an attack on “culture” and “heritage”. Trump endorsed that position.

“Sad to see the history and culture of our great country being ripped apart with the removal of our beautiful statues and monuments,” he tweeted.

“This week it is Robert E. Lee. I noticed that Stonewall Jackson is coming down,” he told the media. “I wonder, is it George Washington next week?”

This reverence for history comes from a man who months earlier asked, “Why was there the Civil War? Why could that one not have been worked out?”

The story of how these monuments came to be built reveals a lot about those who commissioned them—and those who defend them.

Many of those who insist that the monuments should stay are adamant that they are preserving “southern heritage”. But they were intended from the outset as monuments to white supremacy.

Very few attempts to mark the southern landscape with Confederate monuments were made in the immediate aftermath of the American Civil War.

They did not take off until the 1890s—more than 25 years later. Prominent white Southerners began a concerted campaign to rewrite the history of the conflict.

At the core of their “Lost Cause” mythology was an attempt to insist that the war had nothing to do with slavery.

Southern whites, they insisted, had gone out to resist “northern aggression” and defend a philosophical principle—“states’ rights”, and not to uphold slavery.

This was a crass attempt to whitewash the recent past, of course. The defence of slavery had dominated every discussion in the run-up to war.

The “ordinances of secession” passed by slave state legislatures when declaring for the Confederacy were adamant that their priority was preserving slavery. Top Confederate officials stated openly and often that slavery was the “cornerstone” of the new republic they aimed to establish.

The timeline of Confederate memorialisation speaks volumes about their motivations. A study by the Southern Poverty Law Center found two dramatic peaks in monument building.

One was at the high tide of segregation between 1890 and 1925. Regional elites were confronting an insurgency that brought rural blacks and whites together to resist their domination by the “money power” and the market.

Organised paramilitary violence was one element in the assault on southern populism.

More widespread was the attempt to restore the “colour line” between black and white, and drive white dissenters back into submission.

Aging Confederate generals were wheeled out to appeal for white unity with lectures on “the last great days of the Confederacy”.

The South took a sharp turn toward the formal system of racial segregation known as Jim Crow. Black voters were purged from voting lists and barred from public facilities.

The era saw a dramatic rise in lynching and other forms of racial violence. In this context Confederate monuments were aimed at reinforcing black subordination.

“These statues are not just stone and metal, [not] just innocent remembrances of a benign history,” one critic noted.

They were clearly intended to sanitize the history of slavery—to present the Confederacy as a noble cause. They were also to remind black people of their place in the Jim Crow South.

Much of this was expressed openly in the unveiling ceremonies throughout this period.

More than 150 African Americans were slain by heavily armed white paramilitaries in the 1873 Colfax Massacre in Louisiana. A memorial at the site honours the three whites who lost their lives “fighting for white supremacy”.

At Fort Mill, South Carolina—in a district ravaged by Klan violence—the Daughters of the Confederacy erected a memorial. It pays tribute to the “faithful slaves” who “guarded our defenseless homes, women and children during the struggle for principles”.

At Olustee, Florida, Confederates had bayonetted dozens of wounded black Union prisoners of war. The Sons of Confederate Veterans rejected calls for a Union monument alongside a Confederate obelisk there—on the grounds that it would be “revisionist history”.

The same pattern is clear in the campaign to re-popularise the Confederate flag.

The “stars and bars” were seldom seen in public until 1948, when the so-called Dixiecrats embraced the flag.They were a segregationist rump that split from the Democratic Party in protest against its mild embrace of civil rights after the Second World War.

That period saw a second upsurge in Confederate memorialisation. Southern elites were responding to another crisis in their authority.

Hitler’s racism and the horrors of the concentration camps had discredited their own version of racial supremacy. There was clamour for social reform.

Black veterans who’d risked their lives in a “war for democracy” were detemined to get some for themselves—even in the Jim Crow South.

As one prominent historian asked, “Why would you put a statue of Robert E. Lee or Stonewall Jackson in 1948 in Baltimore?” The city sent three times more men into Union army ranks than Confederate.

The erection of Confederate statues was intended to “create legitimate garb for white supremacy”. The Confederate flag became a symbol of white defiance against any attempts by the federal government to accede to civil rights demands.

In 1956 Georgia redesigned its state flag to include the Confederate battle flag, followed in 1962 by South Carolina. In Boston in the 1970s it became the banner under which white mobs mobilised against school desegregation.

Confederate memorials stand today as deliberate attempts to sanitise the past. They are also monuments to the kind of oppression that the racist right aims to resurrect under a complicit Trump administration.

Socialists have to campaign to consign the memorials and the fascist movements that exploit them to the dustbin of history. 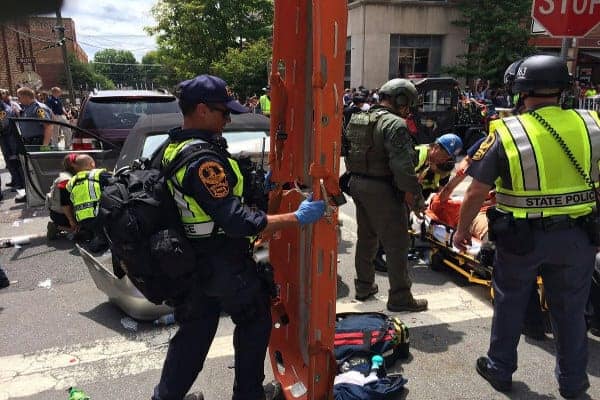 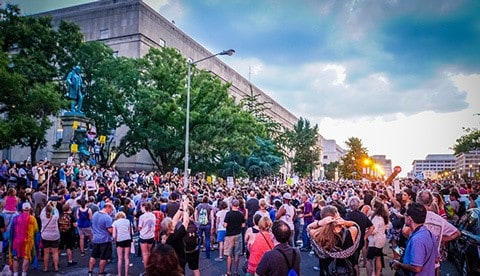 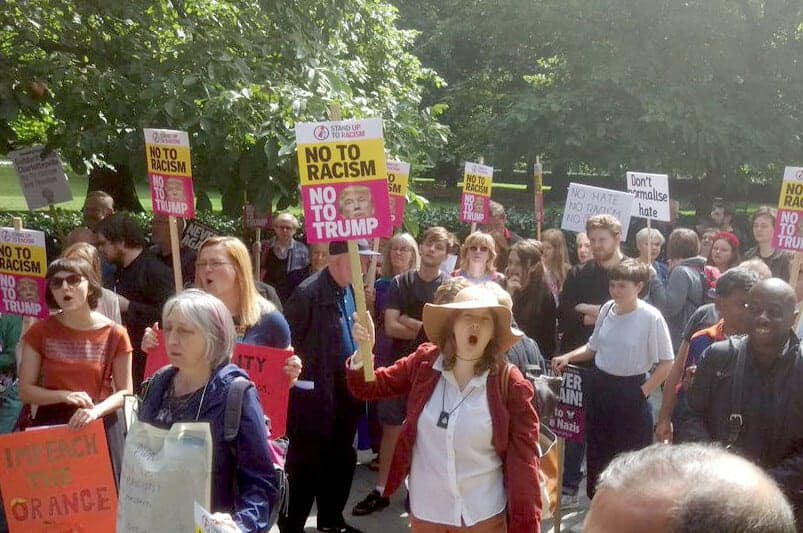 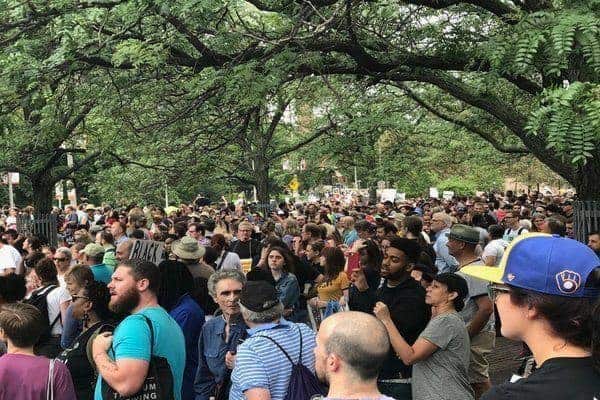 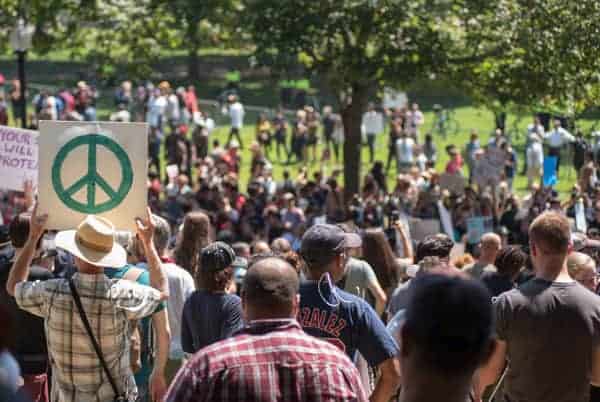 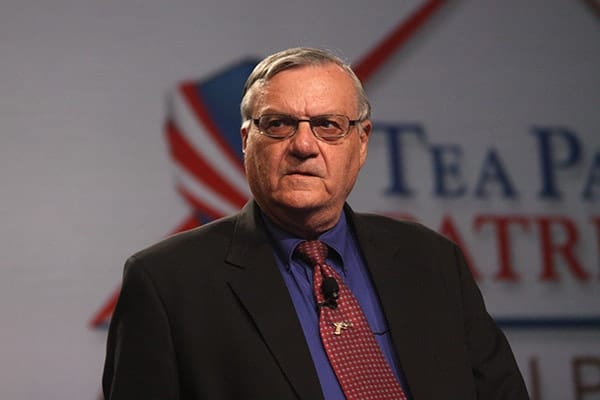