Travellers wrenched from their homes at an hour’s notice

This article is over 11 years, 4 months old
Basildon council evicted Travellers at a site in Essex last week, and is threatening to evict more, as anti-Traveller hatred spreads across Europe.
By Sadie Robinson
Downloading PDF. Please wait...
Tuesday 14 September 2010

You can hear the bulldozers from Mary McCann’s caravan. They are digging trenches and raking dirt over ground that, just days before, was home to seven families.

The families, all Travellers, were evicted from the Hovefields site in Essex on the orders of Basildon’s Tory council last week. They were the latest victims of the Europe-wide assault on Travellers and Roma Gypsies.

Mary’s two sisters were among the people evicted from Hovefields.

“They are devastated,” Mary told Socialist Worker. “My sisters lived there for six years. Now the bailiffs have come and ripped apart families.”

Kathleen was also evicted from the site on Tuesday. “I’m very upset,” she said. “I can’t sleep for worrying about what’s going to happen. My life’s been turned upside down.”

Tilly has temporarily escaped eviction, having launched a court appeal arguing that the council has to find her an alternative site. She says it’s only a matter of time before she is forced to move too—despite the fact that she has lived there for nine years.

“I feel really terrible,” she said. “My health’s not good anyway but this is making things worse. It’s horrible hearing the bulldozers—they start at between six and seven in the morning.

Mary’s two sisters are now living with her and her four children in one caravan. Her plot is also under threat. She had lived there legally for six years, but the council has now revoked her licence and declared that she is not a Gypsy so she can’t stay there.

“I’ve got four kids and another one on the way,” she said. “The stress of all this is really getting me down. The council has never considered my children or circumstances. They won’t provide alternative sites for me to move to. They don’t care.

“The children aren’t saying very much but they know what’s going on. I wonder how it’s affecting them. I hope this isn’t a sign of what the future will be like for Travellers.”

Unfortunately it seems that it might be. A few miles down the road is Dale Farm—one of the biggest Traveller sites in Britain. Families have made this their home since the 1970s—they bought and own the land—yet now the council wants to bulldoze it.

There will be a hearing at Southend county court on Thursday of this week. The court will decide whether the council has a duty to offer them alternative land before it evicts them.

Jean lives at Dale Farm with her daughter and triplet sons. She said, “At any minute the bailiffs could come in, pull you and your kids out of bed and smash up all your things. It’s hell.

“My mum’s waiting for a hip operation. How will she cope if she’s moved off?”

“We’re living in fear,” Elby Dunn told Socialist Worker. “If we get thrown out of here, we have no place to go. There are women with young children, pregnant women, and people who are ill—I’ve got chronic asthma.

“It’s like everybody has rights bar the travelling people.”

Her daughter, also called Elby, is furious at the lies that are told about Travellers in much of the mainstream media.

These paint Travellers as dishonest criminals who are only interested in themselves. “There are people here who go to London to take clothes to homeless people,” she said.

“There’s a church near here that every­one goes to. When it needed a new carpet, we all chipped in. Some of the women go and clean it. Someone else paid to fix the roof when it was leaking. The papers never print that stuff.”

Another myth is that Travellers live in dirt and are a blemish on the wider community. Anyone visiting Dale Farm will see that the opposite is true. People have a real sense of pride about the site—there are immaculate homes with flowers and plants adorning the outside.

Since the council evicted Travellers at Hovefields, people living at Dale Farm say they have seen more of the police.

“They fly a helicopter over us at night and it scares the children,” James, another resident, told Socialist Worker. “The children go to school afraid that the caravans won’t be here when they come back.

“We can’t sleep. Some of us are up all night watching to see if the bailiffs come. Everybody is under stress.”

Many people are baffled at the way the council is treating them. Dale Farm was a scrapyard before Travellers made their homes there. It isn’t costing the council anything to let them stay—but the council says it’s prepared to spend £3 million to get them out.

“There are lots of things they could spend that money on,” said Jack, another Traveller. “In Essex, old people will die this winter because they can’t afford heating.

“This is racial discrimination. We’ve bought our homes and our land. Why can’t they just leave us as we are?”

Many at Dale Farm have been Travellers all their lives. They see the threat to evict them as an attack on their culture.

David said, “They are trying to do away with our way of life. It’s not like we’ve stolen this land—we’re not squatters. But the government and the council give us nothing except grief.

“To them we’re vermin. But we’re human beings.”

Like many others, David is perplexed as to why the council wants to evict Dale Farm residents.

“All it will achieve is that this will become a field,” he said. “But there are plenty of fields around here, I don’t know why they need this one too.”

The council says there are homes for people to move into and that the evictions won’t leave people homeless. David disagrees.

He said, “In any case, we don’t want, or need, houses. They should give houses to people who really need them. We just want to be left in our own homes that we bought and paid for.” 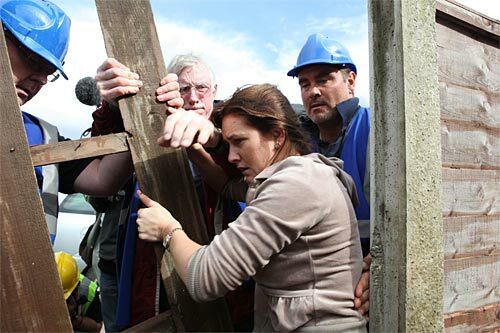 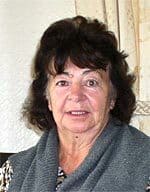 'We face bigotry from the settled community.'