This article is over 12 years, 5 months old
In the second part of our series Ben Wray looks at the united front and the revolutionary party
Downloading PDF. Please wait...
Tuesday 28 July 2009

Only a revolutionary party containing the most class-conscious workers can successfully develop and apply strategy and tactics.

However this opens up a problem.

Karl Marx argued in the Communist Manifesto that, “The Communists do not form a separate party opposed to other working class parties. They have no interests separate and apart from those of the proletariat as a whole.”

It is true Marx wrote this before the rise of mass social democratic, or reformist, parties that attempted to hide their obedience to capitalism with socialist rhetoric.

However, his point is still relevant.

Revolutionaries must always defend the interests of the whole working class. But how are they able to do this if the most class-conscious workers organise separately from the rest of the class?

There is two aspects to solving this problem.

Firstly, the reason why revolutionaries organise in a party is because this is the most effective way of uniting the whole working class.

As they agree in principle, they are able to apply their politics coherently, directing their forces to attempt to win the rest of the working class to socialism.

The revolutionary party does not aim to take power itself.

It tries to convince a majority of people that they need to take control of society, using their own institutions of workers’ power.

However, the balance of class forces are frequently not favourable.

In such situations, it is necessary to unite with those who are willing to defend the working class’s immediate interests.

To do this a united front is required. This is an agreement to unite with reformists over a minimum set of demands.

Throughout this activity, revolutionaries must maintain an independence of organisation and perspectives.

Tactically, the united front can take many different forms depending on what is required in the situation.

Strategically, it is an attempt to increase workers’ confidence and militancy – consequently helping to shift the working class from a defensive to offensive footing. In the process it can win workers away from their reformist leaders and towards revolution.

The issue of the revolutionary party and the united front was contentious for the communist movement of the early 1920s.

The Comintern was an alliance of revolutionary parties from across the world that came together as a result of the inspiring success of the 1917 revolution in Russia.

It was built in opposition to the reformist Second International.

The Comintern applied “21 conditions” on parties before they could become members. The most crucial was that Marxists should build explicitly revolutionary parties.

But the tide of working class revolt that had swept across Europe from 1918-20 was beginning to ebb.

By the early 1920s, the German Communist Party had become a mass party, though it was detached from the working class as a whole.

Communist leaders then encouraged members to be as militant as possible to substitute for the fact that there was no genuine revolutionary movement.

This “ultra-leftism” led to the March Action. The Communists attempted to turn a localised battle for a copper mine into a national uprising. The manoeuvre led to a disastrous collapse in membership and the imprisonment of thousands of members.

The Italian Communist Party split from the Socialist Party just as the country’s revolutionary movement was receding.

The split was necessary to ensure revolutionaries’ independence of action.

But this had to be followed by an attempt at unity with the Socialists against Benito Mussolini’s fascists.

Unfortunately Amadeo Bordiga, an ultra-leftist to the core, was the dominant force in the Communist Party.

The party opposed a united front approach with the Socialists, and consequently Mussolini’s thugs reigned supreme.

In both Germany and Italy revolutionaries failed to apply the united front tactic because they didn’t strategically understand the need to retreat.

Marxists must always attempt to build parties that are independent of those who don’t believe in the ability of the working class to emancipate itself.

However, this must be combined with looking at the needs of the situation, as attempts at unity in action are often vital in pushing the party and the class forward. 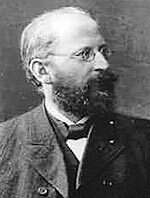 Strategy and tactics - what’s the difference?