The BNP has two councillors in Halifax, and hopes to win more when all the council seats come up for election next year. Local people are determined to build a campaign to stop that, and to unseat the two sitting councillors. Warren Ellison is a firefighter in the FBU union and secretary of the local trades council. He has played a key role in building a united response to the BNP in Halifax.

‘Under the Unity banner we have brought together people in Halifax who oppose the BNP,’ he explained. ‘We have church and Muslim groups, community groups, trade unions, residents’ associations, and groups like the Anti Nazi League, all working together to challenge the BNP. We only formed Unity locally recently and this is our first initiative.’

Saturday’s march had banners from many trade unions-Unison, the CWU, TGWU, NUJ, GMB, Natfhe, NASUWT and NUT. A broad range of political views were also represented, with Labour Party members, supporters of the local Socialist Alliance, and Liberal Democrats all marching.

Mike Freeman was there with a group from his Ryburn Labour Party ward, and their banner. ‘We are very concerned about the BNP gaining a foothold in the area. We have to make a stand against them. As well as marching we also have to focus on the real issues in people’s lives that the BNP try and exploit. We have to do serious work at the grassroots.’

A rally at the end of the march heard messages from local Labour MPs Alice Mahon and Chris McCafferty, who backed the march even though they had been unable to be there in person. Other messages of support included one from the local football club’s Halifax Town Supporters Trust.

Burnley Around 150 people marched with banners from the local trades council and the Burnley Natfhe branch. There were also banners from the GMB and Natfhe regional bodies and other union organisations. BNP members showed their true face by attacking a white woman in a pub for wearing an Anti Nazi League sticker. They also surrounded and abused Labour NEC member Shahid Malik while he was giving an interview. One of those arrested for this was a member of the violent Nazi group Combat 18.

Cheshunt 200 people marched in Cheshunt, just north of London. This is the area where the BNP won a seat on Broxbourne council in May. Most of the marchers were local people.

Cheshunt resident Maz Cook told Socialist Worker, ‘I helped to organise Broxbourne Against Racism after the BNP councillor was elected. I am disgusted at what they stand for. I am the mother of a small child and don’t want the violence and divisions which the BNP brings. We had a good protest against the BNP at the Broxbourne council meeting and today’s march has shown we have support in the local area. We are going to expose what the BNP really stand for, expand the number of people organised against them and campaign in any future elections where they stand.’

Banners on the march included Broxbourne Labour Party, two Unison branches, two trades councils and branches of the CWU, Usdaw, TGWU and NUT. Phil Sharpe, the political education officer of Broxbourne Labour Party, told Socialist Worker, ‘The BNP are a minority in the area where they won the seat and in Broxbourne more generally. On Broxbourne council the Tories have 34 seats, Labour has two, there is one independent and one BNP. Yet Broxbourne is the poorest part of Hertfordshire. There are people who are fed up with the council and fed up with the government who wrongly see voting for the BNP as a form of protest. But there are also wild racist myths that go about-such as when there are new homes built that they are all going to asylum seekers when in fact none are. In another Broxbourne seat where the BNP stood we organised and canvassed very hard. We cut the BNP vote. This shows that organising makes a difference.’

Speaking at a rally at the end of the march, Labour MEP Richard Howitt said, ‘There is nothing more important than all of us working together to fight fascism, whatever our political views. ‘It is no good hoping the BNP will just go away. We have to campaign against them. We also have to make sure that we take on the arguments about asylum. Political parties, including Labour, must not give dignity to the BNP’s anti-asylum views.’

Both Broxbourne Labour councillors were also on the march. The police grossly overreacted to the march. They imposed restrictions such as preventing marchers giving out leaflets. They also lined the march with officers as if they were escorting a hostile football crowd.

Dudley Around 250 people marched. BNP councillors have been elected in Dudley and Sandwell. There were banners from Dudley Unison, Natfhe West Midlands, Sandwell Unison, the Indian Workers Association, North Staffordshire Campaign Against Racism and Fascism and a wide range of political, anti-racist and anti-fascist groups. March organiser Ian Murray of the Unity Campaign said, ‘We are here to show the depth of opposition to the BNP, expose their fascist policies, expose them as Nazis, and bring together different trade unions, political parties, and people from all communities under the Unity banner to oppose them.’

Youth worker Gayle from Stourbridge said she was on the march because ‘Dudley is a multicultural town and has been for years. Everyone has the right to be accepted.’
David Jeremy, Charlie Kimber and Paul McGarr

Shock and anger at racist murder

THE RACIST murder of Awais Alam in Walthamstow has sent shockwaves through east London. Awais, a retired London Underground worker, was out shopping in his local high street two weeks ago when he was racially abused and then set upon by two white men. After repeated kicks to the body and head, Awais suffered a heart attack and died.

A sense of sorrow and outrage has gripped this multiracial community. But it is combined with a sense of urgency. Local anti-racists and trade union activists gathered at Walthamstow tube station on three evenings last week to collect money and signatures on a condolence card. Well over £100 was raised within just a few hours.

At just two days’ notice they organised a vigil last Saturday. Leena from Waltham Forest Trades Council helped spread the word: ‘I can’t remember anything as bad as this murder. But I knew that we could help act as an umbrella for this type of protest-we e-mailed everyone we knew.’

Over 100 people attended the vigil, held on the street where Awais was murdered. They included many of Awais’s family, ten members of Awais’s RMT trade union, and two local MPs.

During the vigil construction workers stopped their work to join in a minute’s silence in Awais’s memory. Harry Cohen MP spoke for many when he linked Awais’s murder to the hysteria being generated against asylum seekers: ‘The intolerance towards asylum seekers is an onslaught on racial harmony. It has come from the press but it is up to the politicians to stand up to it. I have said to many cabinet ministers that we have to stop the climate of fear.’

Unjum Mirza of the RMT read from his union’s tribute which praised Awais’s courage: ‘His stand against racism in the community and in the street shows the sort of man he was and reflects the support he gave, all his working life, to his fellow workers.’

Steve Datta, an RMT rep from the local tube station joined the vigil in his lunchbreak. ‘The London Underground is a close community. Where I work, on the Victoria Line, most members knew him,’ he said

Afsal Malik, from the Walthamstow Race Equality Council, demanded that Awais’s murderers face justice. ‘The last racist murder in Walthamstow was 20 years ago. It remains an unsolved case. This time the culprits must be caught.’ After the vigil, Awais’s niece Danielle Walker told Socialist Worker, ‘This vigil shows that people can come together-black and white. We can all be one.’

People at the vigil were shocked to hear that teddy bears, flowers and candles that had been laid where Awais fell had been smashed up. But they shared the belief that the vigil should mark the beginning of a campaign to combat racism in Walthamstow.
Yuri Prasad 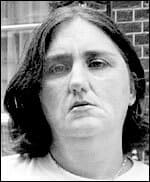 Rose Gentle is standing to make the war an election issue 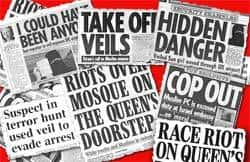 Science: Does big business control it?