Unleashing nuclear weapons would destroy all life on earth

As imperialist powers clash, the threat of nuclear war becomes a terrible possibility. Sam Ord argues that these bombs and missiles aren’t weapons like any other but a route to destruction
Downloading PDF. Please wait...
Monday 07 March 2022 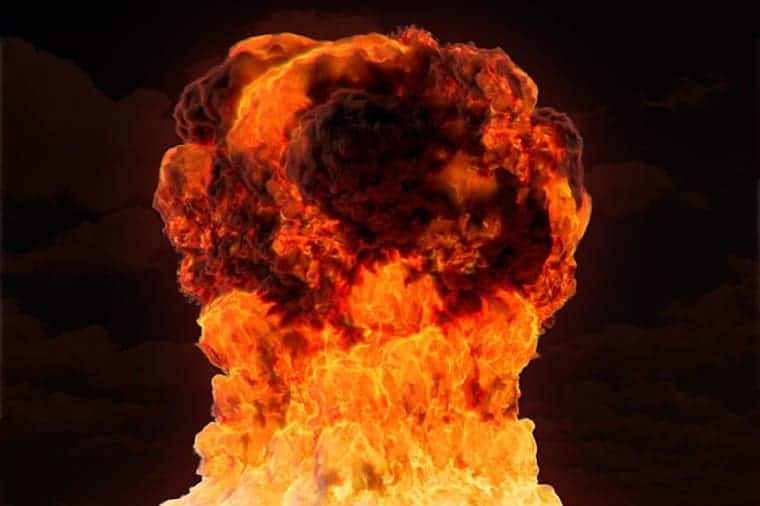 A nuclear blast could assure the destruction of humanity

The Ukraine war has resurrected the utterly chilling prospect of potential nuclear war—and with it the end of humanity. Scorched flesh, vaporised bodies, and exploding lungs would be the immediate results. The long-term ones would be even more catastrophic.

Yet most commentators and politicians calmly discuss this as just the geopolitics of escalation rather than a threat that should lead to revolt to stop it. Nuclear war between the United States and Russia or between the United States and China, would mean death for hundreds of millions immediately. But then it would mean a climate disaster known as nuclear winter. As smoke from the blasted cities rises into the atmosphere, the entire planet will soon be choked under dense clouds of soot.

This would mean a cataclysmic drop in global temperatures that would make agriculture impossible and wipe out the entire human race. Alan Robock, a climate researcher at Rutgers university, has been studying nuclear weapons for 30 years. His team modelled a scenario of “limited” war where two sides launched 100 bombs each. “There would be between 16 and 37 million tons of carbon,” Robock says. It would mean 50 to 125 million people dead in the first week.

A reduction of as much as 35 ­percent in sunlight reaching Earth’s surface. That means worldwide famine for a decade. The road to nuclear war is prepared by the idea of “battlefield” nuclear weapons and thermobaric ones.  In 2017 the US military used the biggest bomb since the nuclear destruction of Hiroshima and Nagasaki at the end of the Second World War. The US unleashed the 22,000-pound Massive Ordnance Air Blast Bomb in Afghanistan. It didn’t lead to worldwide condemnation.

The world is awash with nuclear weapons. All figures for nuclear weapons are estimates but, according to the Federation of American Scientists, Russia has 5,977 nuclear warheads—the devices that trigger a nuclear explosion. But this includes about 1,500 that are so out of date they are set to be dismantled. That leaves 4,500 or so.

In ­contrast, the US has 5,428, France 290 and Britain 225—with more to come. This gives a Nato total of 5,943. Just because all sides of this conflict have nuclear weapons doesn’t mean they would shy away from using them. This line of thinking is dangerous. Mutually assured destruction isn’t off the cards, it’s the kind of barbarism that capitalism allows. At points the great powers enter talks and negotiations which may seem to steer away from nuclear war.

But behind this face lies the brute possibility of actually using their arsenals. The Ukraine war reminds us that this is one of the methods of extinction—together with recurring pandemics and environmental collapse —that capitalism threatens.

Mass murder tools created for the defence of profit

Imperialist powers have spent billions on weapons of mass destruction. Every major global power jostled to develop the deadliest weapons. The US has always attempted to lead the charge, owning land, air and submarine-based nuclear missile deployment vessels. Britain owns 215 nuclear warheads on nuclear submarines. This was increased by the Tories who raised the cap from 180 to 260 last year.

The US has toyed with the idea of small scale nuclear war. In 2003 former president George Bush gave the go ahead for a fleet of smaller nuclear weapons. But the smallest nuclear weapon owned by the US military would produce a deadly fireball radius of around 70 metres.

Advancements in nuclear technology don’t always mean more nuclear bombs. Radioactive uranium tipped bullets and projectiles can pierce the strongest of metals used in warfare. Between 315 and 350 tons of depleted uranium were used in the 1991 Gulf War.

Other foul “advancements” include in chemical weapons that are designed to scar, burn, kill and choke. The US used white phosphorus weapons in Iraq in 2005. Britain used them during the Falklands war in 1982. And Russia has used it throughout the Syrian civil war.

White phosphorus, deemed “legal” under international law, and not technically classed as a chemical weapon, causes severe burns, organ damage and death. Nuclear weapons would destroy humanity—including the rich and the corporations.

But, as with climate collapse, there is no “logic of the system” that then eliminates them. Instead each nation state or block of capital thinks they are useful for boosting their own interests. Before the First World War some socialists thought capitalism was too integrated for a major war to break out. That proved horribly mistaken.

Trident is Britain’s only nuclear weapons system. The nuclear missiles sit on four submarines based at Faslane in western Scotland.  Each submarine carries up to 16 Trident II missiles, with at least one vessel always on patrol. Trident II missiles can shoot the equivalent of 100 kilotons of TNT nuclear warheads further than 6000 miles.

US bombs could wipe out millions

The B83 is the US’s largest nuclear bomb currently in service. It can carry a maximum yield of 1.2 megatons. The bomb is dropped from a plane and can be detonated on the ground or in the air. The bomb was developed in the late 1970s and would have a blast radius of nearly 20 miles, killing up to three million people. The US owns 650 of these weapons.

Russian intercontinental ballistic missiles, just like those used by Nato, have the capability to span oceans. These missiles can reach top speed in ten minutes and travel at a speed of 4.3 miles per second. The R-36 fleet was designed by the Soviet Union during the Cold War.  The missiles hold lots of counter-measures to prevent interceptions. 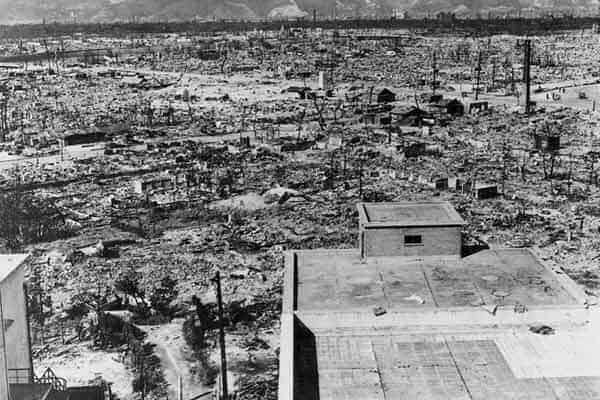 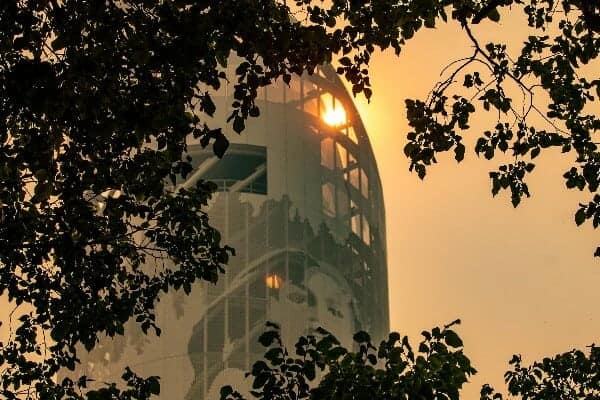 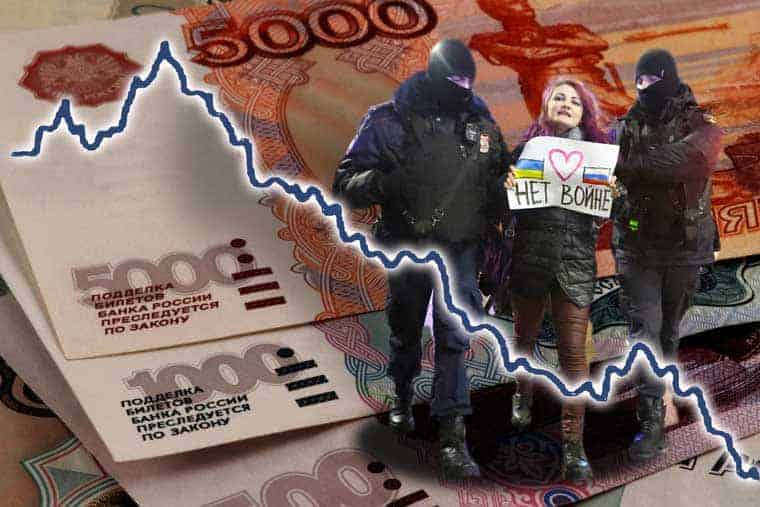 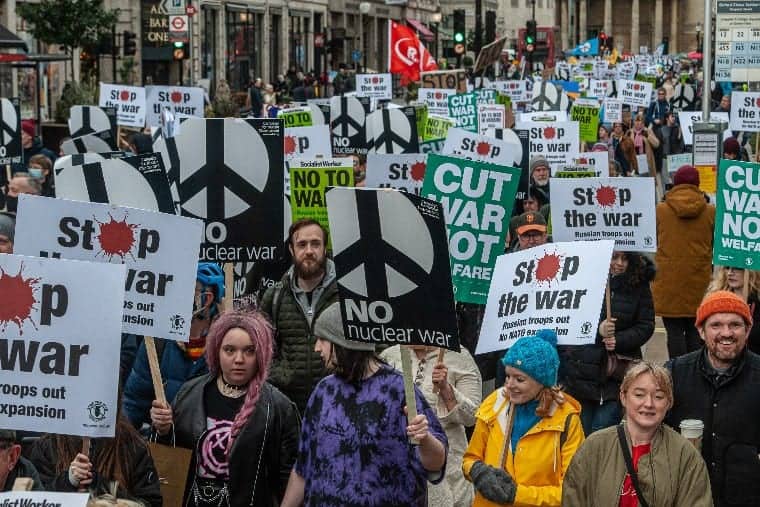