Voting: There’s one rule for them…

This article is over 11 years, 8 months old
Even though some people were denied the right to vote, politicians continued as if nothing had happened.
Downloading PDF. Please wait...
Tuesday 11 May 2010

Even though some people were denied the right to vote, politicians continued as if nothing had happened.

This stands in stark contrast with some recent rulings under the anti-trade union laws.

In December last year a judge ruled that strike ballot papers were sent to 811 BA workers who had already taken redundancy, and so declared the vote invalid. That was despite 9,514 out of 10,286 workers voting yes to the strikes.

And at Metrobus and EDF, a few words out of place on the formal notification were enough to get the whole result ruled illegal.

If a few stray ballot papers can invalidate a trade union vote, then surely the result of the general election should be null and void? 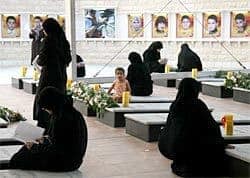 Eamonn McCann in Lebanon: 'There’s no profit in peace for Raytheon'