Waiting for peace in Korea

This article is over 8 years, 9 months old
North Korea is demonised as a pariah state. Sadie Robinson argues that its fear of attack is not so irrational if you know its history
Downloading PDF. Please wait...
Tuesday 23 April 2013 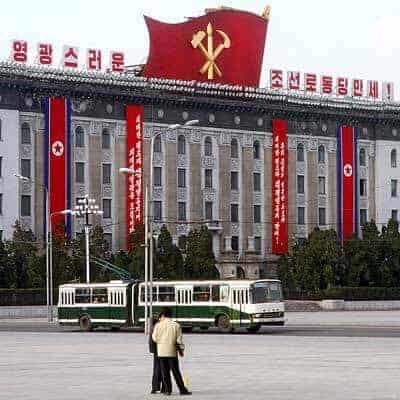 The US estimates that North Korea has fewer than ten nuclear warheads—whereas it has 1,950 deployed and thousands more in storage.

Yet the US has used the “threat” posed by North Korea to justify positioning missile defence systems near the country.

Why is the world’s most powerful country whipping up a panic about a relatively powerless one? The answer lies in a long history of imperialist interference in Korea.

North Korea was created at the end of the Second World War. Korea had been occupied by Japan for 35 years.

As the war drew to a close, the victorious powers were dividing up the world between them.

On 14 August 1945 US president Harry Truman ruled that Japanese troops south of the 38th parallel, an arbitrary line across Korea, should surrender to the US.

Troops north of the line surrendered to Russia. The state was cut in half and ordinary people had no say about it.

But liberation from Japan led to an explosion of political activity. People held demonstrations and set up committees to run society. They began to publish Korean-language newspapers that had been suppressed under the occupation.

But the newly arrived  Russian and US troops set about smashing resistance and establishing regimes that would serve their own interests.

In the north, Russia dismissed Korean workers’ self-management of factories as “syndicalism”. It closed down or censored Korean-language newspapers and ended freedom of association.

In the South the US quickly dismantled the revolutionary committees which emerged out of the resistance to the Japanese occupation.

Puppet regimes were imposed north and south. The US assistant secretary of state admitted in 1947 that, “Many Koreans feel they are worse off than they were under the Japanese”.

As the Cold War cranked up, Russia and the US were desperate to avoid a major confrontation. But they played out their conflict in Korea.

The Korean War began in June 1950. Within two months the North occupied most of the South.

The US got United Nations backing to intervene and sent in 1.5 million troops. Some 63,000 British troops were among other forces to join the invasion.

The Chinese government sent troops to support the North. The war was fought in the interests of the intervening countries.

It killed and wounded at least four million Koreans and created another 20 million refugees.

For the US, it was a chance to test new weapons of destruction. It used more napalm in the three-year war than in the ten years of Vietnam.

After three years they had fought to a stalemate and neither side could continue without escalating to an open superpower conflict. In 1953 the fighting ground to a halt with the border returned to exactly where it had started.

US commander General Douglas MacArthur said the country would take a century to recover.

But the North Korean economy went on to grow rapidly and overtake South Korea’s.

It established what it called communism, but like Russia under Joseph Stalin, this was built on the extreme exploitation of the working class. This was not communism but “state capitalism”—where the state, instead of private capitalists, accumulated capital and competed for profits on the global market.

The breakneck speed of growth was unsustainable. Increasing globalisation during the 1970s put state capitalist economies at an increasing disadvantage.

And the fall of Eastern Bloc regimes after 1989 dealt a huge blow to North Korea’s economy. This, with floods in the 1990s, led to a famine that killed up to two million people.

A survey found that 37 percent of children were chronically malnourished in 2006.

Today the World Food Programme reports that malnutrition and food shortages continue. Young people in South Korea are up to 15cm taller than those in the north.

The North Korean government switched the state economy towards “profit-making” in 2002—which did nothing to improve life for ordinary people.

Charges have been introduced for previously free services, while subsidies for childcare and education have been scrapped. Food prices have risen at rates far beyond the rises in workers’ wages.

Time and time again the US has withheld food aid and imposed sanctions as a punishment for developing nuclear technology.

Meanwhile the US has continued to back South Korea as a bulwark against the north. It gave the state £4.2 billion in military aid alone between 1950 and 1975.

Nearly 40,000 US troops remain stationed in the South. The vast US presence and investment in the South allowed massive industrial growth, and the development of a strong working class which was able to end military rule.

The US has found it useful to keep on demonising North Korea. In 1998 a US congress report exaggerated the threat of North Korean missiles—and helped secure extra funding for a Missile Defence System.

North Korean leaders still claim the country is a “genuine workers’ state in which all the people are completely liberated from exploitation and oppression”.

But North Korea is not socialist. It is as repressive and exploitative as the military dictatorships of South Korea that the US threw its weight behind.

Socialists should have no truck with the regimes in North or South Korea—or the powerful states that back them.

We should stand with workers in both states who are resisting war and poverty. 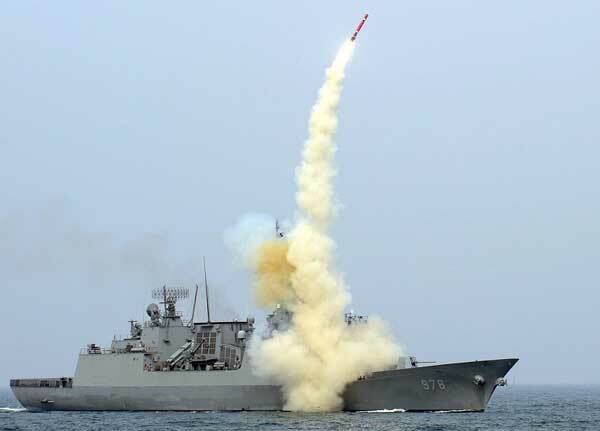