We are determined to defend our multi-racial society

This article is over 17 years, 2 months old
The Tories are so clearly staring defeat in the face that they have turned to the oldest trick in the book — playing the race card.
By Michael Lavalette, Respect councillor and parliamentary candidate in Preston
Downloading PDF. Please wait...
Saturday 16 April 2005

The Tories are so clearly staring defeat in the face that they have turned to the oldest trick in the book — playing the race card.

In poor working class areas public services have been cut, affordable housing has disappeared and people are unemployed or working in poorly paid jobs — and this is after eight years of Labour government.

But the cause of this is nothing to do with immigration. It is the lack of investment and the direction of government policy that need to be changed, to invest in our communities for both black and white people.

Besides, migrant workers and black and Asian people in this country provide vital services and resources that we all rely on.

The NHS would not function without vast numbers of black and Asian workers, many of them immigrants, cleaning our hospitals, providing care services and working as nurses and doctors. They make up about a third of NHS staff.

The Tories would have you believe that immigrant workers are not contributing to but taking national wealth. But out of 133,000 eastern Europeans who came to Britain last year, just 23 people have claimed benefits. The rest have worked, often in exploitative conditions. Many have left after a short stay.

Far from exposing the Tories’ racism, New Labour has capitulated to it and to the scaremongering in the millionaire-owned press.

Respect, however, is proud of our multi-racial society. We are fighting to preserve it and to win resources for ordinary people regardless of their background. 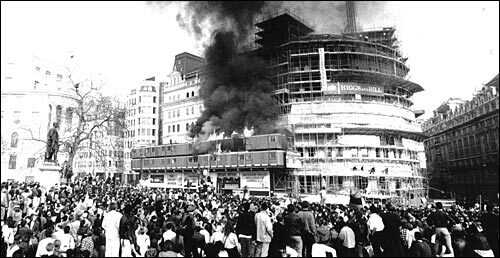 Margaret Thatcher: how we defeated the ‘iron lady’

The socialist challenge at the general election

An appeal for unity in the campaign against Tory cuts