‘We are really on the move now’

This article is over 18 years, 5 months old
HUNDREDS OF people got to their feet and cheered when the founding of Respect-The Unity Coalition was announced in London last Sunday.
Downloading PDF. Please wait...
Saturday 31 January 2004

HUNDREDS OF people got to their feet and cheered when the founding of Respect-The Unity Coalition was announced in London last Sunday.

Well over 1,400 people-young and old, black and white, trade unionists and anti-war campaigners from across the country-created a fantastic atmosphere throughout the day-long convention.

The name stands for respect, equality, socialism, peace, environmentalism, community and trade unionism-issues that can unite large numbers of people against New Labour.

The founding conference showed that Respect can focus some of the vibrancy and enthusiasm of the anti-war movement to shake New Labour at the polls.

Among the keynote speakers was George Galloway MP, who was expelled from the Labour Party for his anti-war stance. He closed the convention by saying, “We have four and half months to mount an intensive campaign in the June elections. Go back to where you live, preach, work, organise to build Respect.”

People at the convention told Socialist Worker how they felt about the founding of the new coalition.

It’s exciting to be starting something so different

Ihtisham Hibatullah, from the Muslim Association of Britain (MAB) was one of the many speakers who addressed the convention:

‘RESPECT PROMISES a new alternative when the stagnation of political life has reached alarming levels. MAB does not join political parties as a matter of policy. But we urge our supporters to back your coalition.

We will continue to work with you in the struggle for peace and justice in this country and around the world.

Education, health, public services-these are all of concern to us, especially when resources are being squandered on an illegal war in Iraq. Would these not be better spent on our universities, our health service and other public services?

Congratulations on this great day.’

‘THIS IS a great opportunity to bring everyone totally opposed to this Labour government together. People have had enough of this government. We are going to try to build this coalition amongst school students now. We have to make them realise there has to be an alternative.’

‘THERE IS a great mix of people here. It is very exciting. We need as much debate as possible on issues like the political fund. It is absolutely disgusting that the government forces unions to waste money reballoting on whether to have such a fund. Today’s discussion was vibrant.’

‘IT HAS been really fantastic today. I have never seen anything like this before. I have become more interested in politics since the anti-war marches. I got into reading books but never felt like subscribing to anything.

Now you can see people joining together, so you have to get involved, don’t you!’

‘IT’S REALLY great to see so many people turn out.I only started getting involved in all this on the 15 February anti-war march. It is very important that we capture the mood from 15 February and I felt it here today.

It has been really moving, almost a bit emotional, to think we are starting something so different.’

‘WE HAVE been talking about the issue of who to vote for in our Stop the War Coalition group for a long time.

We have been waiting for something like this to happen. Now we will be pushing to set something up locally.

There is an excellent atmosphere here today. I am busy, with being a shop steward and the anti-war and anti-racist campaigns, but that’s just another reason to get more and more people involved.’

‘THERE ARE two million Muslims in this country. I want to congratulate this conference for having people from the Muslim Parliament and the Muslim Association of Britain. But there are still lots of Muslims who are not politically engaged.

We have to go back to the mosques, again and again. We must not be held back by our own expectations.

We have to constantly raise our expectations. June will come very soon, but I am sure we can do it.’

‘WE HAVE had George Galloway and Lindsey German down to speak in Stroud. We are only a sleepy little market town but we have been very active against the war.

I think we are really on the move now. Now I want to go back

and set up a Respect group in Stroud.’

‘THIS CONVENTION, all the people here, are all wonderful. It is electric.

I have been a member of the Labour Party since 1972. I was a rail worker. But we have a Conservative leader leading a Labour government. It has not delivered the goods.

I am now a member of this movement because of the principled stands it has taken, including against the Iraq war.’

‘THIS IS a landmark event in history. The events of 11 September 2001 were a defining point in many Muslims’ eyes. For the first time in my life I was subjected to racism.

But Muslims found common ground with others in the anti-war movement. We realised we weren’t alone. We can come together on common issues.

It is fantastic hearing so many people from so many walks of life here today. This is just the start. It’s about taking it forward now.’

‘I RESIGNED from the Labour Party prior to the last general election. I have been involved in the Socialist Alliance since.

As a Socialist Alliance member I hope Respect incorporates the alliance and makes it bigger and better. There are so many people here, not just the usual people from left wing backgrounds. We need to branch out, connect with disputes and campaigns.

The Convention of the Trade Union Left on 7 February is an opportunity for Respect to publicise itself to the broader trade union movement.

This is an alternative to mainstream electoral politics. We can make sure that the Liberal Democrats do not steal the anti-war vote.’

‘AT LAST I see the possibility to bring a far wider body of people together to be a threat to New Labour.

I have been a member of the Labour Party and was a union shop steward at the Longbridge car plant for a number of years.

This government is devaluing civil servants and rubbing salt into the wounds. PCS union members were set to take strike action over our low pay this Thursday and Friday.

This new coalition will appeal to the general public. We need to up the profile of Respect.’

Opposite of a Blairite selection meeting 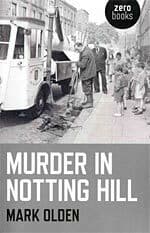