We have won before – and we will win again

We don’t have to go back decades to find important workers’ victories.

It sparked one of the most inspiring unofficial disputes in Britain for years. Men and women occupied their plants and refused to leave.

They continued to occupy and picket the factories for more than five weeks—despite the threat of bailiffs and jail sentences.

Ordinary workers led the action. They didn’t wait for an official ballot or look to union leaders to tell them what to do.

The giant multinational Ford had employed the workers until 2000. Then it created Visteon and switched them to that firm, promising to honour their terms and conditions.

Ford tried to wash its hands of the sacked workers. But they forced Ford to pay out the biggest redundancy packages in its history—when the firm wanted to pay none at all.

The key thing that forced Ford to retreat was a threat to spread the action to Ford’s site at Bridgend in Wales—terrifying the bosses.

Ron Clark was in the occupation at a site in north London. After it ended he said, “People often think they can’t do anything, but they can. You learn as you go along.

“The bosses think that the working class is weak. We’ve shown it doesn’t have to be.”

It isn’t only groups of workers that seem the most powerful who can fight and win.

In February 1981 more than 200 women workers in Greenock, Scotland, occupied their factory against plans to close it (above). Most were under 19 years old.

They stayed in for seven months—and stopped the closure.

The women voted to strike, but decided to occupy to keep control over the machinery and stock. Christine McNab, one of the workers, said, “It was great seeing management’s faces when we took over. They had two small offices and we had the whole factory!

“You would not believe it was happening. I kept waiting to wake up. Something like this has never happened in Greenock before.” Workers led the fight. Their National Union of Tailoring and Garment Workers, took six weeks to recognise the dispute.

Most of the women had never taken any kind of action before. They found themselves doing things they never thought they were capable of.

They won enormous solidarity. Workers from shipyards, mines and steelworks surrounded the site to defend women from eviction. Workers at every shipyard in Greenock voted to take action if the women were evicted.

Unions in countless workplaces gave weekly to the strike fund. Dockers refused to ship any of the company’s products.

The sit-in started after Margaret Thatcher had smashed a national strike by steel workers. It showed that defeats don’t destroy all possibility of struggle.

As the Daily Record remarked at the time, “Who can now say that sit-ins are a futile gesture?”

Mass strikes of Winter of Discontent 1978-79

The winter of discontent laid bare certain truths that our rulers don’t want us to see.

It revealed the capacity of workers to plan and organise on a national scale. And it tore apart the lie that the state—the government, police and judiciary—is a neutral body that exists to protect everyone equally.

It was an explosion of anger against pay limits, cuts to services and job losses imposed by a Labour government. Council workers, health workers, dinner ladies, bakers and many others struck.

The government was scared—especially at the prospect that workers’ action was escaping union officials’ control.

One government report complained that the Heinz factory in Wigan was closed: “Pickets isolated a new consignment of beans destined for the factory and are refusing to allow the beans out.”

In the end, the government used the union leaders and the threat of the Tories to defuse the struggle. But it showed the power that workers can wield.

The words “miners’ strike” usually send a chill down the spine of workers and trade unionists.

They remember the year-long strike that began in 1984 and lost.

But a miners’ strike ten years earlier scored a stunning victory against a vicious Tory government—and brought down a prime minister.

The Tories, under Edward Heath, came to office in 1970.

They waged war on workers, trying to keep pay down to protect bosses’ profits. But their assault quickly unleashed a wave of resistance.

They brought coal production to a standstill.

Their “flying pickets” toured Britain shutting down coal and power stations, and stopping the movement of stockpiled coal.

Edward Heath underestimated the support the miners had.

He called a general election, effectively asking people to choose between him and the miners.

On TV he appealed to voters: “The strife has got to stop.

It is time for you to speak, with your vote.”

People backed the workers against Heath—and voted him out.

The dockers had been fighting an assault on their jobs. Some 35,000 workers had struck unofficially at ports. Others picketed depots to pull more people out.

The five dockers were sent to Pentonville prison in north London after a judge ruled that picketing and blacking—refusing to do strikers’ work—were illegal.

Within hours workers shut down all major ports in Britain. Dockers picketed outside Pentonville prison and convinced other workers to take action.

The state released the “Pentonville Five” in just five days.

Ordinary workers drove the fight forward—with no help from union leaders or the Labour Party.

The release of the five was a milestone in trade union history. It happened because of the organisation and strength of ordinary workers—and because

they were prepared to break the law.

Livingstone a focus for mood against Blair 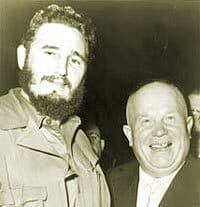 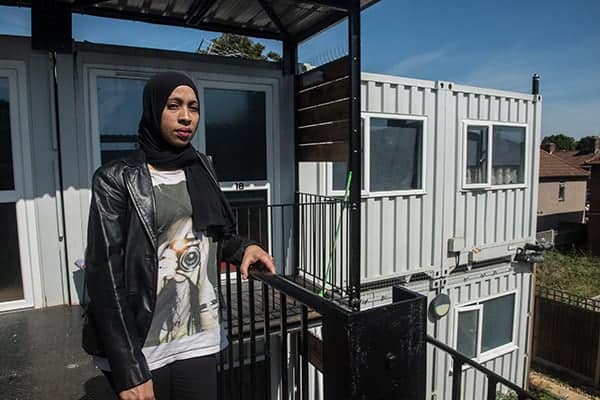