This article is over 4 years, 9 months old
Capitalists will try every trick to derail a Labour government. Sarah Bates argues it will take mass resistance and strong counter-measures to give them a run for their money
Downloading PDF. Please wait...
Friday 29 September 2017

It’s not a paranoid fantasy to argue that parts of the establishment want to derail the left wing Labour leadership’s plans.

The prospect of a Jeremy Corbyn-led Labour government seemed like an outside chance earlier this year. It now seems more than possible, with even the bosses’ Economist magazine calling him “The likely lad”.

At The World Transformed festival in Brighton last week, shadow chancellor John McDonnell spoke about a “potential assault” by the ruling class.

He said the leadership is doing “war game-type scenario planning” for all possibilities following a Labour victory.

One possibility is that bankers could launch a run on the pound.

Britain’s currency—the pound sterling—“floats” on the international market. Its value goes up and down as investors buy and sell sterling.

When the pound falls, private investors claim Britain may be unable to pay back state debts.

So they rapidly sell their stock of sterling at reduced prices before their profits can take a hit.

Bankers and bosses say they withdraw their investments in sterling because they think the market is in trouble.

But they are not just moving money from one account another—it can be a calculated method of political influence.

If this mass selling happens, it forces the government to devalue the pound.

Because the pound would be valued less favourably against other countries’ currencies, the price of imported goods would go up.

The Tories and mainstream media piled criticism on McDonnell for even discussing a run on the pound.

That’s a bit rich of the Tories, who presided over an 11 percent drop in the pound after Brexit.

In the immediate aftermath of the vote the pound fell to its lowest level since 1985—and £120 billion was wiped off the value of the FTSE 100 share index.

But this isn’t the first time bosses have threatened a run on the pound.

In 1974 Harold Wilson’s Labour government was elected on a wave of anger against the Tories and rising trade union militancy.

Its manifesto pledged to “bring about a fundamental and irreversible shift in the balance of wealth and power towards working people”.

The bosses bared their teeth to face down the Labour government.

They destabilised the economy through mass selling of sterling, which quickly lost value against the dollar.

By 1976 the value of the pound declined by nearly 25 percent in nine months.

Terrified of a deepening economic crisis, Labour’s chancellor Denis Healey asked the International Monetary Fund (IMF) for a huge loan. At £2.3 billion, it was the largest amount the IMF had lent at that point.

The TUC union federation successfully enforced this “wage restraint”, with the number of strike days falling from 23 million in 1972 to 3 million in 1976.

The IMF’s loan conditions and devaluing of the pound pulled Wilson’s government to the right.

So the leadership went from promising to “get rid of every fucking grammar school in the country” to making cuts in the NHS budgets.

Socialist journalist Paul Foot later commented wrote that, “It was demonstrably true that it failed by a huge margin to shift the balance of power towards working people”.

Employment secretary Michael Foot told the 1975 Labour conference, “We face an economic typhoon of unparalleled ferocity and we cannot run away from it.”

But economic decisions are not random—they are made by the ruling class.

The bosses and bankers will unscrupulously use their economic power to exert political influence. McDonnell’s recent comments highlight an important dynamic in the capitalist system.

Bankers and others who have a stake in the status quo do not sit back passively if they feel their interests are threatened.

This discussion about a run on the pound shines a light on the type of system we live in.

McDonnell spoke about “capital flight”, which is where investors take their money to other markets they feel are safer for their profits.

But the bosses that threaten capital flight are unelected and unaccountable—and their interests do not line up with the interest of the majority of people.

And bankers aren’t the only ones who feel threatened by a Corbyn victory.

Corbyn’s calls for nationalisation are widely supported. But the rich who sit on the boards of energy firms and rail companies will not be happy about any attempts to undermine their profit.

Agencies can downgrade countries’ credit ratings, which influences how much the government can borrow.

And bodies such as the IMF can attack and even ruin governments if they don’t like their programme.

The Syriza party in Greece was elected on a wave of anger against austerity in 2015.

But in the first three days after its election, investors pulled their money out of Greek banks, slashing 40 percent of their value.

Syriza focused on seemingly clever manoeuvres at the negotiating table with its creditors, the IMF and European Union.

It didn’t mobilise working class support on the streets and workplaces—and ended up implementing worse austerity than its Tory predecessors.

Syriza is just one example of why it will take a much larger challenge to the system to beat back the bosses’ attacks.

This isn’t just about rich individuals pushing their own agendas—it’s about the immense power of the ruling class.

Wealth is concentrated in the hands of a small number of people. Just eight men have as much wealth as the bottom half of the world’s population.

This power of the bosses has become a catch all excuse for those who don’t fight for real change.

But opportunities do exist for the left. Because workers create profit, they have power to take them on the bosses.

Capitalism brings together workers in large workplaces, which gives us an opportunity to fight collectively.

Millions of people have had their sights raised by the movement around Corbyn.

Demands that were previously seen as too radical and unachievable, such as a £10 an hour minimum wage, are popular with millions of people.

But now the pressure is on Labour to moderate its programme and make comprises with the bosses.

Corbyn said he wanted to reassure investors that they would find a friendly market if Labour won the next election.

McDonnell has tried to appeal to business, saying, “They don’t like our tax plan, but they like our investment plan”. His plea that he is “thinking about business” is not an answer.

One obvious counter-measure is for Labour to say it will take back control of setting interest rates from the Bank of England.

The movement cannot exist just within the confines of electoral politics. And the experience of Syriza, the Wilson government and others show that it is not enough to get elected on a left wing programme.

To fundamentally break the stranglehold of the bosses’ whims workers need to exercise their power. Syriza could have nationalised the banks under democratic workers’ control and imposed capital controls to stop money leaving the country.

If bosses try to strangle a left wing government through an “investment strike”, workers will have to strike to hit their profits.

To make sure there’s a movement capable of resisting bosses’ attacks, we have to support every working class struggle now.

Revolutionary socialists should support Corbyn when he takes on the establishment.

Building a movement can bolster Corbyn—and help prevent him from moving to the right under bosses’ pressure.

And that movement can go much further and take on the influence of the unelected bosses and bankers. Its strength will be decisive in the battles to come. 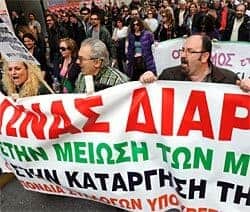 Why revolution? Our reply to the Financial Times 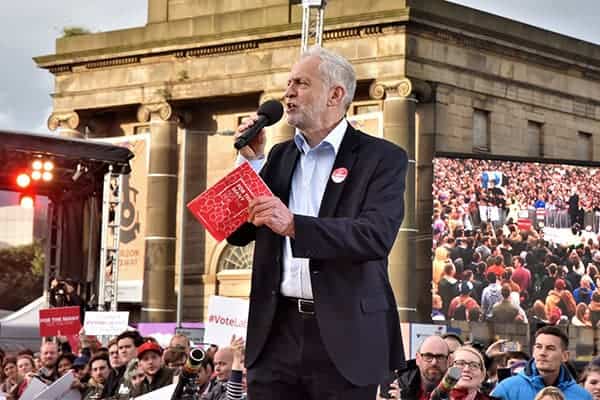