This article is over 19 years, 11 months old
Pay is suddenly a major issue-and not just for striking rail workers. Official talk of an economic boom in Britain, while much of the world slides into recession, has sharpened the feeling of millions of workers that they are being left behind.
By Theresa Bennett
Downloading PDF. Please wait...
Saturday 09 February 2002

Pay is suddenly a major issue-and not just for striking rail workers. Official talk of an economic boom in Britain, while much of the world slides into recession, has sharpened the feeling of millions of workers that they are being left behind.

Shops boasted of record spending at Christmas. That came only from record levels of debt on credit cards and bank loans. Low pay and huge levels of personal debt are sparking a number of workers into asking for ballots for strike action. Some 150,000 postal workers have balloted over pay strikes. Public sector workers in London in the Unison union are about to ballot for strikes for an increase in the London allowance.

The teachers’ NUT union is also in dispute about London allowances. It’s not just in London. Medical secretaries in the NHS are also raising pay demands following a successful strike in Scotland last year. A series of pay disputes on the railways could lead to a national dispute. It is over seven years since the last national pay strike, which saw railway signal workers take successful action in 1994. It isn’t surprising that pay is a burning issue.

Pay is a key factor behind the severe crisis of staff shortages in the public sector. Shortages are particularly acute in the NHS, social services, education and other crucial areas. Privatisation brought attacks on pay in many areas. It has also led to skills shortages where employers have pushed redundancies through and cut investment on training new workers.

That has led train drivers, for example, to push up pay levels to make up for an increased workload on fewer workers. A report by Incomes Data Services reveals widespread recruitment problems for such jobs as bus drivers, lorry drivers, craft workers, electrical engineers, and many more.

The logic of the market has led to mass staff shortages at the same time as redundancies. New Labour’s answer to staff shortages in the public sector last year was to offer ‘piecemeal’ deals and one-off payments. Teachers were granted ‘golden hellos’-in particular areas of subject shortages this can amount to £4,000. London allowances for teachers were increased to £3,000, but police officers got much more. They pocketed an increase of £6,000. But spiralling house prices in many areas of the country have more than offset limited pay increases for those few groups that have got them.

An average home in London in the year 2000 sold for £177,000. The average weekly private rent in London in 2001, according to the Housing Corporation guide, is £125 (for a two-bedroom property). These prices are beyond the reach of most working people.

Again Blair’s government proposes a stopgap solution of funding a direct housing subsidy to key workers in the housing market. Cost of living allowances were introduced in the south east of England for some NHS nurses, midwives and other medical professionals. Even NHS bosses have admitted that the allowances are divisive.

The other pressure for strikes over pay is from the lowest paid workers. The minimum wage has not ‘lifted them out of poverty’ as New Labour claimed. There are over 1.3 million adults on the minimum wage. The minimum wage is a measly £4.10 per hour, and then only for workers over 22 years old.

Younger workers between 18 and 21 years old have a lower minimum wage level of just £3.50 per hour. Some 70 percent of workers earning the minimum wage are women. Fran Abram, writing for the Guardian, reported on the experience of the minimum wage cleaning workers at the five-star Savoy Hotel in London.

New recruits to the night cleaning job start working for Casna Cleaning Group at 11pm. One worker described how they were told, ‘Our first night will be a ‘training’ night so we won’t be paid. There will also be a one-off £10 charge for payroll services.’

The north west of England is a low pay economy with some 210,000 workers earning the minimum wage. The lowest paid workers have everything to gain from successful strikes by those such as rail workers in well unionised industries.

‘Welfare to work’ and New Labour’s war on the vulnerable 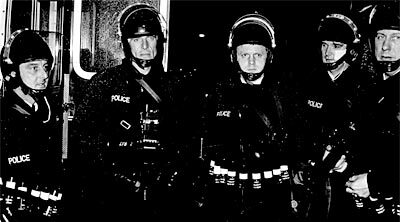