This article is over 9 years, 6 months old
Desperate people are being forced to beg for charity at a food banks. Siân Ruddick met some of those at the sharp end of austerity
Downloading PDF. Please wait...
Tuesday 10 July 2012

A visit to a food bank will provide someone whose life has fallen into crisis with three days’ worth of balanced food. These are the basics people need to survive—cereals for breakfast, some fresh fruit and vegetables, and tins of beans, meat and fish.

Whole families are now forced to survive on food bank vouchers for weeks at a time. Many food banks also offer extra items such as toilet roll and toothpaste, which they have had donated.

Most people take these for granted, but they are costly for people barely able to feed their children. One woman, a mother of six children aged from two to 18, was waiting for her food bags at the West Norwood food bank in south London.

She told Socialist Worker, “I only found out about this place a couple of weeks ago and got a voucher from my social worker. The kids need so many things, they go through shoes like they’re free and nappies are really expensive.”

She is an example of how the crisis is hitting working class people who once would have been able to get by without help.

“I might look alright, not really poor, but people like me, ordinary people, are really struggling. There are times when it feels like nothing goes right. But I do get some support.

“There is a breakfast club at one of my daughter’s school. Most people pay, but the school has given it to her for free, so she’s there at 7am.”

Food banks have existed in Britain for more than ten years. In the last year the number doubled to 220, and more than 100,000 people used them.

This is the reality of David Cameron’s “big society”. Charities and volunteers are left to cope with people damaged by the recession and abandoned by social services as they are cut back.

Elizabeth Maytom, who coordinates the Norwood and Brixton food banks, said, “People come from all around, some people travel for over two hours on buses to pick up parcels.

“Last week a young man came in who is a trained chef. He only works two days a week and can’t get any more hours. He simply did not have enough money to feed himself for a week.

“We also see older people whose state pension is simply not enough. If they have to pay their winter fuel bill or buy a new pair of shoes there is no longer enough money for food. They have no back up.”

In fact the government has incorporated the food bank system into its own structures, since people have to get a voucher from a public body to get a voucher. This may be from a school or a social worker.

Yet the government provides absolutely no funding for the schemes. Instead, they rely on people donating food to collections held outside supermarkets. This is yet another example of the government’s abandonment of the increasing numbers in poverty.

Bevely Duncan, who helps to run the New Malden food bank in south west London, said she was “overwhelmed by people’s generosity” when she did a supermarket collection in March.

The scale of need in this area alone sheds a light on just how many people are in crisis. Elizabeth said, “Last week we fed over 70 people. One day in May last year we fed 92.

“That shows you how many need food. We get people coming in with vouchers for big families with four or five children. Even with benefits it’s not enough for people to live.”

Bevely added, “If someone suddenly gets made redundant and they have to pay their mortgage or their rent otherwise they lose their house, then they can end up with no food.

“If people cannot eat they cannot begin to tackle the situation. By feeding them we can stabilise them enough to help them get it back together.”

The single biggest reason that people use food banks is benefits delay. Bevely said, “The benefits system can take up to eight weeks to kick in, so people have no money for all that time.

“For other people their benefits are not sufficient. Or it could be illness, loss of job, family problems… it really is to try and help them through the crisis.”

The growth of food banks reflects that huge, hidden crisis. And it exposes the truth about what happens to society when the Tories rip up the safety net.

‘Working poor’ are joining the queues

In Peckham, the food bank run by Christian charity Pecan has been going for two years. It feeds around 1,000 families a year.

Chris at the Peckham food bank said, “It’s mostly asylum seekers who use our services here. But recently it’s been diversifying. Social workers come in on behalf of people they’re caring for.”

The vast majority of asylum seekers are not allowed to work and live on as little as £5 a day. They have no choice about where they live and are forced into properties that are hard to let.

In Peckham they’re seeing the effects of Tory policy first hand. Chris went on, “There is a big move from the government to get people off incapacity benefit and onto jobseekers’ allowance.

“That means people sometimes have no benefits coming in during the change over and will see their income greatly reduced.

“We see lots of people newly unemployed, waiting for their benefits, not being able to feed themselves. People say they never thought they’d be in this position.

“When the software crash happened with NatWest and RBS a woman came to the food bank because she had no money whatsoever.

“Another person came in who has been working full time, who went to work one day and was told his hours were cut by half. People might be able to pay the bills, but then they can’t eat. People are walking a fine line.”

Living on vouchers and handouts

Food bank clients can receive a maximum of three food bank vouchers in a row, and each voucher can be redeemed for at least three days’ food. They can receive up to nine vouchers per year, although longer term support is available in exceptional circumstances.

More than 45,000 children were fed by food banks in 2011-12. The Trussell Trust, which runs all but two food banks in Britain, is currently launching two new food banks every week. 100 were launched in the last year, taking the total to 220 nationwide.

The trust receives no government funding and relies entirely on donations. The single biggest reason that people were referred to food banks was benefit delay (29 percent), followed by low income (19 percent). 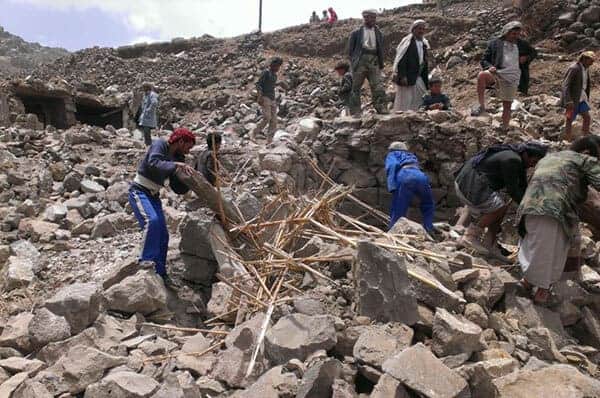 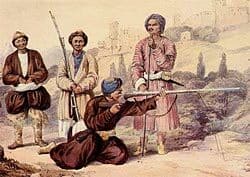 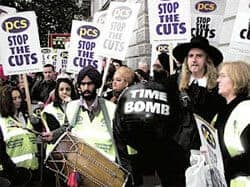