This article is over 17 years, 2 months old
We present the final column in our series on Albert Einstein
By Joseph Choonara
Downloading PDF. Please wait...
Saturday 09 April 2005

I discussed last week how Albert Einstein’s 1905 paper on the special theory of relativity helped resolve an emerging crisis in physics. In the same year Einstein published three other major scientific papers.

One of these proposed a new way of calculating the size of molecules. Another explained Brownian motion — the random dance performed by specks of dust trapped in a fluid. Einstein suggested that the tiny particles making up the fluid — its atoms or molecules — were bouncing against the specks of dust and causing the motion.

These papers helped to establish the reality of atoms and molecules.

Another of Einstein’s 1905 papers explained the photoelectric effect — the way that metals could emit electrons (tiny charged particles) from their surface when light was shone on them.

Most scientists believed that light travelled in waves — like sound or water waves. But Einstein suggested that the photoelectric effect could be explained if light could also behave as a stream of tiny packets of energy.

Einstein’s paper on the photoelectric effect helped give birth to quantum theory, and it was for this paper that Einstein received the Nobel prize in 1922.

Quantum theory led, in the 1920s and 1930s, to another revolution in physics. Physicists showed that, as well as light waves behaving like particles, particles could sometimes act as waves.

This theory established “objective probability” in physics. This was the idea that completely unpredictable chance events can take place at the subatomic level. Einstein never fully accepted the dominant interpretation of quantum theory. But, while many of these interpretations involve wild metaphysical flights of fancy, the physical results are, like those of relativity, very well established.

Marrying together the two pillars of 20th century physics — relativity and quantum theory — is a central problem for physics even today. Successfully doing this may require a revolution in science similar to those begun by Newton and Einstein.

There are three main, interconnected, driving forces for such changes in science. The first is the development of technology. Changes in technology can make new experiments possible and they also influence the problems that scientists develop an interest in.

This influence also works in a negative way. The governments and multinationals that control technology are often able to dictate what is researched.

The second factor driving scientific progress is the way that the dominant ideas in society change. Ideas from the broader culture can impinge upon science.

Newton’s ideas were part of a revolutionary new attempt at a rational explanation of both nature and society.

The dominant ideas in society can also limit the development of science. This is most obvious in the social sciences, where delving too deeply into how society is organised might raise difficult questions for our rulers.

Less is at stake in the natural sciences. Indeed, good science is vital to our rulers if they want to compete effectively with each other. But the distorted worldview of capitalism still impacts on science.

Extremely narrow and specialised bodies of knowledge develop—creating problems for scientists trying to bring about the kind of sweeping revolution heralded by Einstein.

Finally, science moves forward because scientists seek to develop logically consistent theories. This can push them beyond the dominant or common sense ideas of their time.

Einstein’s breakthrough cannot be reduced simply to changes in technology or wider cultural and ideological shifts.

Science is not simply the gathering and ordering of data about the outside world. It also requires abstraction—developing theories about the underlying laws of nature that are usually not immediately apparent.

This crucial role of theory is not just a feature of the natural sciences. Einstein argued that “common sense is the prejudices acquired by age 18”. Marxist theory challenges “common sense” political ideas.

If we want to change the world, we need to combine our actions with theory that digs below the surface appearance of society to understand how the system works. 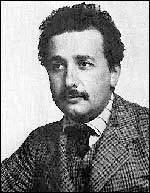 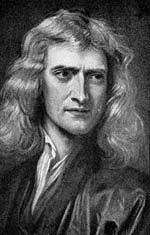 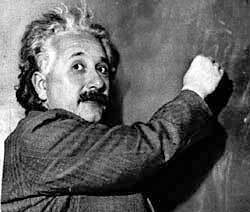