What force can solve Zizek’s antagonism?

This article is over 12 years, 2 months old
In our final column Jonathan Maunder looks at the ideas and limitations of Slavoj Zizek
Downloading PDF. Please wait...
Tuesday 24 November 2009

Slavoj Zizek sparks the interest of people in a way that few other academic theorists today do.

From speaking to packed meeting halls across the world, to being interviewed on Radio 4’s Today programme, to starring in films about his ideas, he may be the closest thing we have to a radical public intellectual.

The interest in Zizek is partly due to his remarkable ability to mix psychoanalysis, Marxism, jokes and references to pop culture to explore serious contemporary issues.

Yet for many people the attraction also comes from his uncompromising and inventive critiques of capitalism and his challenge to fashionable liberal and postmodern academic ideas.

Take, for example, the religious conservatism that influences a significant number of working class people in the US. Liberals would say these are purely irrational beliefs resulting from being uncultured, or perhaps lazy.

Postmodernists argue that all beliefs are specific discourses that no objective criteria can judge as “right” or “wrong”.

By contrast, Zizek argues that these beliefs express real concerns arising from hardship and insecurity. He sees them as a displaced form of class consciousness where people focus on religion rather than the real cause of their problems – the capitalist system.

Zizek uses psychoanalytic ideas to explain the absence of a revolutionary consciousness among workers while avoiding the “class is dead” thesis of liberals and postmodernists.

For Zizek, class struggle reflects the fact that social reality is not a coherent whole. This idea reflects the influence that psychoanalyst Jacques Lacan has had on his ideas.

Lacan argues that a symbolic structuring of the unconscious constitutes human existence. This structuring helps to hold society together by forming a symbolic “reality” but it is inherently unstable and incomplete.

For Lacan, there are points where the unconscious exceeds the limits of symbolisation – this represents “the real”.

For Zizek, class struggle in capitalism is similar to that of “the real” in symbolic “reality”. But this rather nebulous conception means that class struggle tends to become a label attached to any kind of dysfunction or resistance.

So in one recent article Zizek suggested a number of key “antagonisms” which anti-capitalists should focus on – the ecological catastrophe, intellectual property rights, biogenetics and “new forms of social apartheid”.

He argues that “the excluded”, primarily in the mega-slums of the Global South, make up the new revolutionary subject.

The problem here is not the issues or groups that Zizek highlights, but the fact that he neglects the working class – the class that capital relies upon to reproduce itself.

This means that a key question remains unanswered – which social force has the interest and ability to resolve the contradictions and issues that Zizek talks about?

Zizek’s interest in social antagonism as expression of the real perhaps explains his interest in Lenin. He presents Lenin as an embodiment of this antagonism, a revolutionary strategist and tactician par excellence for whom “society is a field of merciless struggle for power”.

This conception risks reducing Leninism to pure power struggle detached from the real working class – which Lenin saw as the active subject of the struggle. This means that although Zizek sees a difference between Leninism and Stalinism, he is not always clear on the nature of this difference.

Zizek has argued that the forced collectivisation of late 1920s Russia was a continuation of the 1917 revolution, rather than a radical break with the revolution and a turn towards state capitalism.

For Lenin, revolutionary strategy was not an end in itself but the means by which the working class could grow in confidence and fight for its interests. It required close attention to building a revolutionary party among workers.

For Marxist theory to be a useful tool to help change the world it has to be in a constant process of interaction with real workers’ struggles, so that theory and practice can inform and enrich each other.

The only way to do this on a consistent basis is through a revolutionary party. At a time when we desperately need an alternative to capitalism, radical theory still needs to meet Karl Marx’s challenge: “Philosophers have only interpreted the world – the point, however, is to change it.” 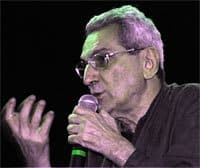