What’s in your cup of coffee?

This article is over 19 years, 7 months old
THERE IS crisis in the coffee market - but not for the four giant corporations that dominate it. Kraft Foods, Nestlé, Procter & Gamble and Sara Lee control all the major high street coffee brands. Kraft, controlled by tobacco giant Philip Morris, made profits of over $1 billion last year. Nestlé makes an estimated 26 percent profit margin on its instant coffee. Its profits are so huge that one investment analyst described it as the \"commercial equivalent of heaven\".
By Hazel Croft
Downloading PDF. Please wait...
Saturday 05 October 2002

THERE IS crisis in the coffee market – but not for the four giant corporations that dominate it. Kraft Foods, Nestlé, Procter & Gamble and Sara Lee control all the major high street coffee brands. Kraft, controlled by tobacco giant Philip Morris, made profits of over $1 billion last year. Nestlé makes an estimated 26 percent profit margin on its instant coffee. Its profits are so huge that one investment analyst described it as the ‘commercial equivalent of heaven’.

Things are very different for the 25 million people who grow coffee, whose lives are being made into a living hell. The global market price of coffee has plummeted by almost 50 percent in the last three years, according to a new report by the charity Oxfam. Coffee farmers are mostly poor smallholders in Latin America, Africa, and parts of East Asia such as Vietnam.

About 70 percent of the world’s coffee is grown on farms of less than 12 acres. They sell coffee on to the giant corporations that roast the beans. The farmers now get much less for their beans than it costs to produce them. Meanwhile the price of the cappuccinos and lattes in the high street coffee bars, and of coffee on the supermarket shelves, remains as high as ever. Nine tenths of the price of a cup of coffee goes to the big companies. Just one twentieth or less ever reaches the people who grow it.

Families dependent on the money from coffee ‘can no longer afford basic medicines, and are cutting back on food,’ says the Oxfam report. In Central America some 400,000 temporary and 200,000 permanent coffee workers have recently lost their jobs. In Honduras, the coffee crisis combined with the effects of a drought in March this year to leave some 30,000 people suffering from malnutrition.

In Vietnam’s Dak Lak province the income of the farmers dependent on coffee is now categorised as ‘pre-starvation’. In Uganda in Africa one poor coffee farmer, Lawrence Seguya, says, ‘We grow the crop with our sweat and sell it for nothing.’ The coffee crisis sums up one of the maddest aspects of the capitalist system – a crisis of ‘overproduction’.

It is a crisis caused by countries doing exactly what they were told to by bodies like the International Monetary Fund (IMF) and World Bank. Until 1989 an international agreement regulated the volume of coffee produced. These agreements have been torn up at the behest of the giant corporations, and the IMF, World Bank and World Trade Organisation.

At the same time these institutions blackmailed countries into turning more and more of their land to producing crops like coffee to sell for cash – much of which went to pay debt interest.

Countries were told they would only get access to further loans if they followed the demands to produce more and more of commodities like coffee for the world market. Such pressures saw new producers, countries like Vietnam and Indonesia, enter the coffee market. Vietnam is now the second largest producer in the world. Now there is 8 percent more coffee being produced worldwide than is being consumed.

Yet in many parts of the world people are still too poor to buy the coffee they want. So what is the solution? The International Coffee Organisation of coffee growers, and charities like Oxfam, argue that one way to get out of the crisis is to destroy five million bags of existing stocks of unsold coffee.

That is like throwing milk down the drain when the children next door are crying from hunger. There is not too much coffee in the world. There are people in many countries who are unable to drink the coffee they would like to. The roots of the coffee crisis lie in the logic of the competition at the heart of the capitalist system.

Oxfam calls for more ‘fair trade’ coffee, to try to increase the amount which goes to the grower. Unfortunately this will at best only make a tiny difference. The big firms use vastly superior technology in the roasting process to dominate the market and undercut rivals.

Oxfam itself admits it is ‘impossible for fair trade alone to provide a solution to the crisis’. The real immediate answer for the millions of coffee growers suffering in the current crisis is to slash the profits of the big firms which dominate the market and force them to pay more to the growers.

That means standing up to these corporations. It means governments acting against, not bowing before, big business. But the long term solution requires going further.

Coffee production, like that of other commodities, should not be left to the ups and downs of competition in the market. We need democratic planning to begin to match production to need in everyone’s interest.

Ultimately, that means seizing control of the whole of the productive process from the corporations, and ordinary people reshaping it so that need not profit is the driving force. 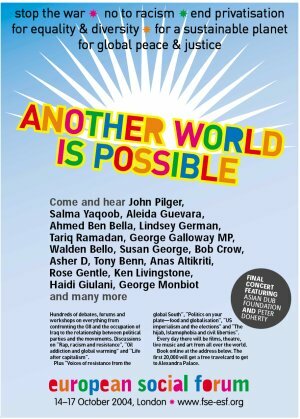 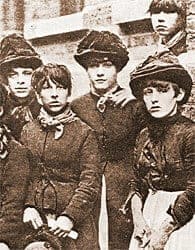