This article is over 18 years, 10 months old
We are told the 1991 Gulf War was fought for freedom and democracy. The truth is it was mass murder for oil and US power, explains Kevin Ovenden
Downloading PDF. Please wait...
Saturday 15 March 2003

IN THE space of 42 days, beginning on 16 January 1991, US-led forces flew 110,000 sorties, dropping 140,000 tons of explosives. That is equivalent to seven of the atomic bombs dropped on the city of Hiroshima in the dying days of the Second World War.

The 1991 bombing quickly moved from military targets to focus solidly on destroying the infrastructure needed to sustain modern life. Sewage treatment works, 36 out of 37 major bridges, power stations, oil refineries, civilian administration, hospitals, schools and residential neighbourhoods were all hit. Then as now the drive to war, led by George Bush Senior, was accompanied by a barrage of lies.

It was supposedly about the high-minded ideal of ‘liberating the people of Kuwait’, which Iraq invaded in August 1990. Lawrence Korb, who had served as assistant US defence secretary in the 1980s, let slip what Western leaders refused to say – that the war was about securing control of oil. Korb said, ‘If Kuwait grew carrots, we wouldn’t give a damn.’ Business Week, the US bosses’ magazine, added, ‘Oil is worth going to war for.’ April Glaspie, US ambassador to Iraq, met Saddam Hussein on the eve of Iraq’s invasion of Kuwait.

The two discussed the appropriate price for a barrel of oil. Saddam Hussein hinted at action against states such as Kuwait that were driving down oil prices. Glaspie said the US had ‘no opinion on the Arab-Arab conflict, like your border disagreement with Kuwait’.

Saddam Hussein, flushed with US backing during his recent war against Iran, took this as a green light to invade Kuwait. The US decided that the regime they had sponsored as ‘a force for moderation’ in the Middle East, was now upsetting the whole carve up of the region established by Western powers after the First World War.

The corporate media swung into action with calls for action to defend ‘brave Kuwait’ from its tyrant neighbour. Papers that rage against refugees suddenly found heartrending stories of Kuwaitis forced to flee. These refugees were different, however. They were dripping in gold and Gucci, and they brought their maids with them. For Kuwait was an utterly corrupt, undemocratic regime, created by the British in the 1920s as part of a policy of preventing any unified, popular Arab resistance to Western domination.

There was no democracy in Kuwait. Most of the population of two million people were not granted citizenship. The ruler, the Emir, had abolished even the powerless and symbolic ‘assembly’.

All power rested in the royal family and their relatives, the Sabahs. This was the set up the US and its allies wanted to protect. Within four days they rammed an economic embargo on Iraq through the United Nations Security Council. Yemen instantly lost $70 million in aid for daring to vote against. The sanctions were not an alternative to war, but a prelude to it. And they remain in force today, even though they were meant to be lifted after Iraq left Kuwait. The blockade has killed probably one million Iraqis.

George Bush and then British prime minister Margaret Thatcher did everything possible to spike attempts at a negotiated settlement in 1991, including several offers by Iraq to withdraw. Iraq did begin retreating from Kuwait before the US launched a ground offensive. The Pentagon ordered a 40-hour aerial slaughter of the half-starved retreating Iraqi conscripts.

The Observer’s Colin Smith described the carnage on the road to Basra as ‘one of the most terrible harassments of a retreating army from the air in the history of warfare’. Western commentators often give the impression that there were few casualties in the last Gulf War. That is not true.

If you add the Iraqi conscripts killed, civilians killed in the bombing of Baghdad and elsewhere, and people killed as a result of attacks which crippled hospitals, electricity and water supplies then the death toll was up to 200,000 people.

The worst single massacre of civilians took place four weeks into the war. On 13 February US planes bombed the Amariya air raid shelter in Baghdad. Hundreds of civilians, mainly women and children, were huddled inside. Iraqi authorities said 403 people were blown to pieces, burnt to death or vaporised in the intense heat. The true figure was probably nearer 1,000.

Television news presenters in Britain and the US tried to almost force on the spot reporters to say the shelter had some association with the Iraqi military. But as the BBC’s Jeremy Bowen in Baghdad said:

‘Hundreds of bodies have already been taken out. The bodies are so twisted and mangled they will never be able to say with certainty how many are there. There are no signs of military activity. There are no antennae on the roof, just one TV aerial, the kind you would see on any house in London.’

The Financial Times reported, ‘The decapitated body of a woman was pulled out and laid next to a small torso Ð apparently a girl whose head and limbs were blown off.’

All the television channels censored pictures of the carnage. The BBC said, ‘Many of the pictures coming from Baghdad of burnt civilian bodies were considered too dreadful to show you.’ The US military continued to claim the shelter was a legitimate target. ‘It was struck as designated,’ said US General Richard Neal. ‘Nothing went wrong.’ The suffering did not end with the war. The US used thousands of radioactive depleted uranium shells in southern Iraq.

Hundreds of thousands of people breathed in 5,000 tons of radioactive dust. People today in southern Iraq are suffering from normally rare cancers at an extraordinarily high level. In the weeks after Iraq pulled out of Kuwait Shia Muslims in the south and Kurds in the north, between them 80 percent of the Iraqi population, rose up against Saddam Hussein’s rule.

George Bush had issued a call during the war for the ‘Iraqi military and the Iraqi people take matters into their own hands’ when he was unsure of rapid victory. Now the US and its allies did everything possible to help Saddam Hussein put down the uprisings.

They did not want people in Iraq to liberate themselves. Richard Haas, then director for Near East affairs on the US National Security Council, explained, ‘Our policy is to get rid of Saddam, not his regime.’ The US wanted a military coup to replace Saddam, but keep his brutal apparatus in place.

So the US allowed Iraqi helicopters to fly into the ‘no-fly zone’ in the south to crush Shia Muslim insurgents. It prevented rebels from seizing arms from arsenals in Basra. Bush feared the Shias would link up with Iran, also a Shia country. A Pentagon report said, ‘The Iranian occupation of any part of Iraqi territory will improve the prospects for Iranian domination of the Gulf and remove a restraint on Syria.’

US forces sealed the border to stop Shia Muslims fleeing. The Turkish army in the north refused to allow Kurdish refugees to settle in the country. Men such as Donald Rumsfeld were responsible for that policy. Their drive to war today is not some attempt to put right the ‘mistakes of the past’. Talk of a US military administration in Baghdad, resting on Iraq’s internal security apparatus while allowing Turkey a free hand in the north, is entirely consistent with what they did in 1991.

And they fit with the chilling prediction of George Bush Senior’s deputy national security advisor, Robert Gates, who said in May of that year, ‘Iraqis will pay the price.’

What really happens in warfare

Peter Turnley took many pictures showing the reality of the last Gulf War.

‘I REFUSED to participate in the pool system. I arrived at the ‘mile of death’ the morning the day the war stopped. It was very early in the morning and few other journalists were present. When I arrived at the scene of this incredible carnage, strewn all over were cars and trucks with wheels still turning, radios still playing, and there were bodies scattered along the road.

That first morning, I saw and photographed a US Military ‘graves detail’ bury in large graves many bodies. I don’t recall seeing many television images of the human consequences of this scene, or for that matter many photographs published. A day later, I came across another scene on an obscure road further north and to the east, in the middle of the desert.

I found a convoy of lorries transporting Iraqi soldiers back to Baghdad, where clearly massive fire power had been dropped and everyone in sight had been carbonised. Most of the photographs I made of this scene have never been published anywhere and this has always troubled me.

The photographs that I made are a part of a more accurate picture of what really does happen in war. I feel it is important and that citizens have the right to see these images. This past war and any one looming have often been treated as something akin to a ‘Nintendo game’. This view conveniently obscures the vivid and often grotesque realities apparent to those directly involved in war.

As a witness to the results of this past Gulf War, this televised, aerial, and technological version of the conflict is not what I saw. I’d like to present some images that I made that represent a more complete picture of what this conflict looked like.

War is at best a necessary evil, and I am certain that anyone that feels differently has never experienced or been in it. I have always hoped that true images of conflict give one the opportunity to witness and reflect more fully on the full realities of war. I feel a responsibility to try to contribute to making sure with my images that no one that sees the brutal realities of conflict, ever feels that war is comfortable and/or convenient.’

New Myths of the East End 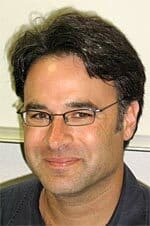 Dahr Jamail interview: Iraq occupation in the eye of the storm

What is the truth on Iraq's weapons?