This article is over 14 years, 7 months old
Dan Mayer starts our new series on Lenin and the Bolsheviks with a look at the debates among early Russian socialists
Downloading PDF. Please wait...
Tuesday 05 June 2007

The name Lenin tends to elicit two very different reactions from today’s anti-capitalists. As an uncompromising revolutionary, dedicated to the cause, Lenin remains an inspiring figure to this day.

But many recoil from the idea of “building the party” and from phrases like “democratic centralism”. Many in today’s movement revel in its vibrant spontaneity, as opposed to the rigid bureaucracies of old parties such as Labour.

But for Lenin, the revolutionary party was a means to unleash the radical creativity of the vast majority of people across the world from the shackles of capitalism.

His ideas were a work in progress, a continually revised set of methods to get to grips with a fundamental difficulty posed by Marxism.

But Marx also wrote that “the ruling ideas of society are the ideas of the ruling class” – most workers, most of the time, are not revolutionary.

So revolutionary socialists have to fight alongside large numbers of non-revolutionary people and win the argument for revolution with them.

It was at the turn of the last century that Lenin began to work on the problem of how to do this.

Russia was ruled by the Tsar, an absolute monarch, and had a small but rapidly growing working class.

This new working class was beginning to flex its muscles – in the first few years of the 20th century, there were roughly 100 strikes a day.

Some of Russia’s Social Democrats – as Marxists called themselves at the time – concluded that they should concentrate on aiding and spreading the economic struggles of workers, rather than focusing on political struggles against the Tsar’s dictatorship.

These “economist” socialists emphasised the spontaneity of strikes and felt that this would gradually develop into an understanding that the working class could overthrow capitalism.

This “worship of spontaneity” turns socialists into nothing more than a tail, wagging along behind “that which exists at the present moment”, argued Lenin:

“Working class consciousness cannot be genuine political consciousness unless the workers are trained to respond to all cases of tyranny, oppression, violence and abuse.”

Lenin was as pleased as any other socialist to see workers fighting collectively to improve their conditions – but he wasn’t just going to watch and clap. Lenin wanted to win as many workers as possible to oppose, for example, antisemitic pogroms too.

In What is to be Done? Lenin argued for a national organisation of revolutionaries, with a core of full-time activists that could get involved in and give a lead to workers’ activities.

This party would revolve around a newspaper, Iskra (The Spark), that would report from struggles and document injustices – while giving an organisational lead to activists.

“The social democrat’s ideal should not be the trade union secretary, but the tribune of the people, who is able to take advantage of every event in order to set forth before all his socialist convictions and his democratic demands.”

In a 1903 conference of Russian Social Democrats, most agreed with Lenin’s criticisms of economism and on the need for a party and newspaper. But the Iskrists split into two groups.

Lenin’s Bolsheviks (Russian for “majority”) wanted a constitution that imposed a tight discipline on party members, whereas the Mensheviks (“minority”) wanted a looser membership.

The debate echoed that over economism. For the Mensheviks, if the working class was to make a revolution, the party should reflect the movement. Lenin in contrast wanted a party that could intervene in the movement.

Within less than two years, the Bolsheviks would face the toughest test revolutionaries ever have to face – revolution.

In 1905 a year of mass strikes and upheavals broke out in Russia. It forced Lenin to revise some of his ideas and to find solutions to a new problem – what to do when the masses were more revolutionary than the committees of his own party. 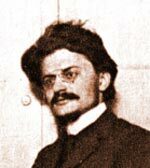 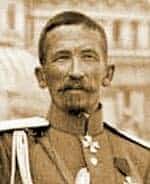