This article is over 9 years, 1 months old
Talat Ahmed looks at how the system developed the way it did in different parts of the world and argues that there was nothing special about the West other than accident
Downloading PDF. Please wait...
Tuesday 16 July 2013

Serfs and an overseer

Why did industrial capitalism develop in some countries and not others? This is one of the most curious questions in history.

Societies in the West developed into advanced industrial capitalist economies while civilisations in South America, Asia and Africa did not.

Some historians, such as Niall Ferguson, use this to argue that eastern societies are “backward”. They say capitalism developed in the West because of “Western values” or some kind of “natural” innovation.

They ignore the fact that eastern societies were intrinsic to scientific, cultural and material innovations for most of human history. And they tend to present versions of history that separate development in one part of the world from another.

Kenneth Pomeranz’ book The Great Divergence gives empirical evidence to demolish this view of history. He shows that there were strong parallels between Europe and East Asia in measures such as life expectancy as recently as 1750.

Pomeranz argues that Europe’s 19th century divergence from the Old World owes much to the fortunate location of coal. This made Europe’s failure to use its land intensively much less of a problem, while allowing growth in energy-intensive industries.

Another crucial difference is linked to trade. The Americas became a greater source of much-needed products for Europe than any Asian country.

Meanwhile, growth in population and manufacturing stopped Asian regions from exporting vital resources. Growth there had to come from labour-intensive, resource-saving paths.

Yet trade, commerce and merchants weren’t particular to Europe. There was lucrative trade and active market towns across the Mediterranean, in China and in the Arabian peninsula.

Merchants emerged as a class within pre-capitalist agrarian societies. They bought products in one place and sold them in another.

Merchants established towns or built up their influence where new patterns of life were developing. But this was as true in northern China or North Africa as it was in Florence or Bruges.

These merchant classes emerged in similar ways in societies with little or no contact with each other. They appear in the second millennium BC in Babylon and Egypt, and by 300 BC in India, China, Greece and Rome.

They usually left a mark ideologically and politically as well as economically. Buddhism, Hinduism, Christianity and Islam were spread along trade routes travelled by merchants.

The world’s major languages often developed from people communicating with each other along trade routes and in marketplaces.

Sections of the established agrarian ruling classes repeatedly found merchants useful allies in struggles with other sections for dominance.

But the merchants were always the junior partners. Merchant wealth came from siphoning off some of the surplus under the control of the old ruling class—and the rulers resented it.

The most powerful merchant could suddenly be thrown into prison or lose his head.

The revolutionary Karl Marx distinguished between different kinds of capital. Merchants made profit from financing trade and usurers’ capital came from interest on lending. Productive capital came from employing workers to produce goods.

Merchant capital and usurers’ capital existed under all the old empires. Productive capital made only a rare and fleeting appearance.

Merchants didn’t develop forces of production of their own. Yet they began to exercise political influence in some areas. They created state forms that made industrial and agrarian capitalist development possible in Europe.

Why did this happen in some places but not others? This is linked to the way that economic development encouraged new social relations that eventually clashed with the old rulers and their structures.

In Western Europe new productive techniques developed in the 10th and 11th centuries. These worked best when there was careful tending of crops and farm animals.

This was hard to achieve if the landowners relied on slaves. So those who controlled the land began to devolve more responsibility to peasant households.

Marx described how the economic base of society generates an entire legal and political superstructure. But as the productive forces develop, the old superstructure begins to become a block and there is a conflict between them.

So, there was a necessary connection between production methods and the most fruitful way for a minority to exploit the rest of the population. And this was not just true of the rise of European feudalism. It was also true of the rise of exploitation based upon “free” labour—of capitalism.

But many historians ignore the way that the development of the forces of production affects people and encourages change.

Marx showed that a precondition for the emergence of true capitalism was the separation of the immediate producers from the means of production.

Control of this then passed into the hands of a new exploiting class. And the producers—the workers—had no other way to get a livelihood than to sell their ability to work.

But their reward for that work was much lower than the value of the goods their labour produced. The difference, the “surplus”, went into the pockets of those who employed them.

Marx referred to this process as exploitation.

He described how Britain’s workforce was forcibly separated from control over the means of production.

The enclosures of the 16th, 17th and 18th centuries drove people from the land and pushed them to look for work in developing towns.

In many parts of the world the process continued right into the 20th century. White colonists seized “native” lands in places like southern Africa.

Separating the producers from the means of production was not by itself sufficient to bring about the development of capitalism.

In Italy under the Roman Republic in the 2nd century BC debt drove peasants from their land. But large-scale slavery followed rather than a system of wage labour.

Even the world’s first industrial enterprises did not necessarily employ wage labour. Some relied on convicts or slaves. Slavery was a logical way for a ruling class to extract a surplus from those it exploited. It guaranteed maximum profits.

But it had a downside. The labourers bitterly resented their conditions–and this affected the quality of what they produced.

Supervising slaves was also expensive. So there were critics of slavery within the ruling classes from early on.

But in most agricultural class societies serfdom, where labourers were half free, was more common than outright slavery. Some rulers saw more advantages in serfdom.

In 10th century Western Europe for example, production went up if individual peasant households were given more responsibility.

Again, this shows how changes in forms of exploitation were tied up with changes in production methods.

For capitalism to develop, there had not only to be separation of the immediate producers from control over the means of production.

There also had to be new ways of producing that would give the exploiters a bigger surplus when operated by “free” waged labour rather than by slave or serf labour.

And these new ways of producing had to escape the control of the old agrarian ruling classes, or at least from the major sections of those classes.

The dominant historians’ view of how capitalism developed doesn’t stand up.

Capitalism did not develop out of something unique to Europe.

It is a product of the development of the forces and relations of production on a global scale.

Agriculture first developed in the Middle East about 10,000  years ago. Since then there has been a cumulative growth of new forces of production spreading across the connected land masses of Europe, Asia and Africa. The rise of capitalism in Europe is just one passing phase in this process. 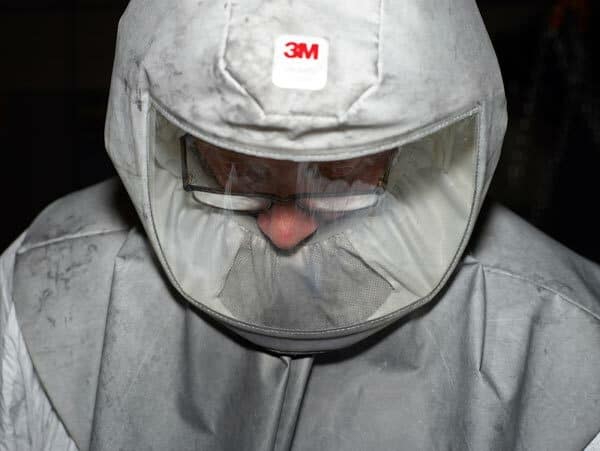