Where now for China?

This article is over 12 years, 6 months old
Riots in the Xinjiang province of north west China have shone a light on more than just the ethnic tensions running through the country, argues Simon Gilbert
Downloading PDF. Please wait...
Tuesday 21 July 2009

The horrific ethnic riots in Xinjiang, north west China, has brought home to many the huge tensions that lie below the surface of Chinese society. The riots left almost 200 people dead in Xinjiang’s capital Urumqi, following the murder of two Uighur migrants from the region in southern China a week earlier.

But discontent in China has taken other forms too.Workers have been demonstrating and striking in increasing numbers and there has been a series of violent clashes with police sparked by a variety of incidents.

Even students, largely quiet since the crushing of the pro-democracy movement 20 years ago, have started to demonstrate again.

As in the West, the bitterness and anger sparked by the economic crisis can lead in different directions. One response is for workers to come together and fight back on a scale not yet seen. Tragically Xinjiang shows another – to turn on each other.

Xinjiang is a vast region in the far north west of China. Over half the population of 21 million are Turkic Muslims, of which the Uighurs are the largest group.

But Han Chinese migration pushed by the government is threatening to make them a minority. Already the Han make up around 40 percent of the population and outnumber Uighurs by more than five to one in Urumqi.

Xinjiang – the name means “new territory” – was brought into the Chinese empire in the mid-18th century in a bloody military campaign as the Qing dynasty expanded west.

By the late 19th century the dynasty was in decline. It faced a 13 year struggle to retain control of large parts of southern China and had to confront a large scale revolt known as the Taiping rebellion.

Muslims in the west took part in a series of uprisings that removed Chinese rule from Xinjiang for more than ten years.

But once the Taiping rebels were defeated, the Muslim rebellions were ruthlessly suppressed. The area was also becoming a focus of intrigue for the British in India and the expanding empire of Tsarist Russia.

Security is still a major reason for the Chinese presence. Xinjiang borders eight countries, including Afghanistan and Pakistan. China has used the language of the “war on terror” and accusations of foreign interference to justify its suppression of separatist movements.

But the region’s oil and gas reserves are increasingly important too. Exploitation of these natural resources, including the construction of a 4,200km pipeline, is at the core of the government’s “Open up the West” campaign.

This aims to bring the rapid economic growth of China’s south-eastern provinces to the underdeveloped west.

But it has also been a deliberate policy to bring in large numbers of Han immigrants to change the ethnic balance in this sensitive border region. Whereas in the 1980s the Han population fell as an earlier generation of unwilling immigrants returned home, by the 1990s it was steadily rising again.

The Xinjiang Production and Construction Corps (XPCC) is central to this. This enormous, semi-military, state organisation controls about a third of Xinjiang’s arable land including a population of 2.5 million, 88 percent of whom are Han.

The XPCC is responsible to the government in Beijing and largely bypasses the Xinjiang regional government. This government is in any case dominated by Han Chinese, especially in the upper echelons.

So, as in Tibet, the central government can claim to have spent large sums of money developing the region, but economic growth has largely bypassed the indigenous population.

In early July the seething resentment that this creates burst out in a terrible form.

The origins of the Uighur backlash in a brawl at a toy factory in Guangdong province in south east China highlight the absurdity of Chinese government policy.

The two murdered workers there were part of a government programme to bring people from the impoverished west to work in the boom towns of the south. The killings were provoked by rumours, apparently unfounded, that a Chinese woman had been raped by Uighur men.

Guangdong’s factories are largely geared towards the export market and this area has been hard hit by the fall in exports following the onset of global recession.

On the surface China seems to have escaped lightly from the recession. The official growth rate is 7.9 percent – higher than Gordon Brown could dream of even in the boom years.

This is the result of a massive state investment plan designed to shore up the economy and limit discontent. But it has not been matched by an increase in private investment and the government will have difficulty keeping this level of spending in the long term.

Even when the economy was growing by 10 or 11 percent a year, laid-off workers took to the streets in their thousands, blocking major road and rail links.

This resistance has taken a sharp upward turn since the onset of the economic crisis. There are no official figures for strikes in China, but there were 58,000 so called “mass incidents” reported in the first quarter of this year, up from 120,000 for the whole of 2008 and 90,000 two years earlier.

A new report by the Hong Kong based China Labour Bulletin (CLB) investigates labour unrest over the last two years. The report is based on 100 cases of strikes and protests from across the country.

It shows how more offensive actions – for higher pay, shorter hours, overtime rates and so on – have emerged alongside the more defensive struggles of previous years.

For instance, a wave of teachers’ strikes involving hundreds of schools in poor rural areas demanded wages equivalent to other civil servants.

This was a legal entitlement that had been widely ignored by local authorities. The teachers’ action also highlights another trend – a successful strike in one area often inspires other workers to walk out.

This was the case with a strike last November by 10,000 taxi drivers in Chongqing, one of China’s largest cities. Many drivers are former state sector workers who have been laid off and need to work most of their waking hours to scrape a living together.

The strikers forced their employers to lower the fees they charge drivers, one of their key demands, sparking a series of taxi driver strikes in other cities across the country.

In some cities taxi drivers also demanded union representation. Similarly striking dockers in Shenzhen, one of the biggest boom towns in Guangdong province, called for a union “created through elections involving all front-line employees”.

These would be branches of the state run All China Federation of Trade Unions, not independent unions. Nevertheless, the pressure for genuine representation is clear.

A strike in May this year suggests that the economic crisis may be pushing new groups of workers into struggle too. Employees at Baidu, an internet service and online marketing company, walked out when their commission was cut and salaries slashed by 30 percent.

The company had expected this to “incentivise our sales force and promote healthy growth” in the face of a stagnant market.

There have also been a number of violent clashes between demonstrators and police, unconnected with workers struggles.

Some remarkable footage posted on YouTube in June showed residents of Shishou in Hubei province driving a group of riot police down the street in a hail of stones. This was significant both in terms of the willingness of the local people to stand up to the police and the unwillingness of the police to tackle the protesters.

The authorities are clearly aware of the increase in “mass incidents” and are bracing themselves for more, but they seem unsure how to deal with them.

Some are wary of taking a hard line for fear of provoking wider unrest, while others argue that without a show of force more will be encouraged to take to the streets.

Although there are underground independence movements in both Xinjiang and Tibet, it’s impossible to imagine them winning against the might of the Chinese state.

Ethnic minorities make up 8 percent of the country’s population. They could form a crucial part of a mass movement from below for democratic change across China.

At the same time, Chinese workers will have to break from the chauvinism of the ruling class, and support the rights of minorities, if they are to seriously challenge the regime.

The CLB report concludes by saying that “protests that began as ‘everyday resistance’ have now become a launch pad for something bigger”. If these strikes do give rise to a national labour movement, it will be the first time since 1989 that the Communist government has faced such a challenge.

Then the movement was largely student led, but next time workers demands and organisation will play a much more central role. Such a movement can also begin to undermine ethnic division. 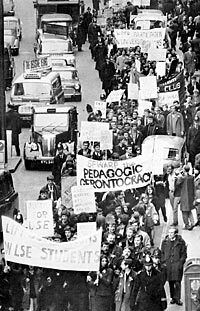 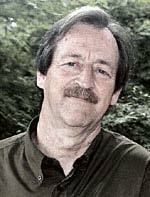 Winners and losers in China’s boom 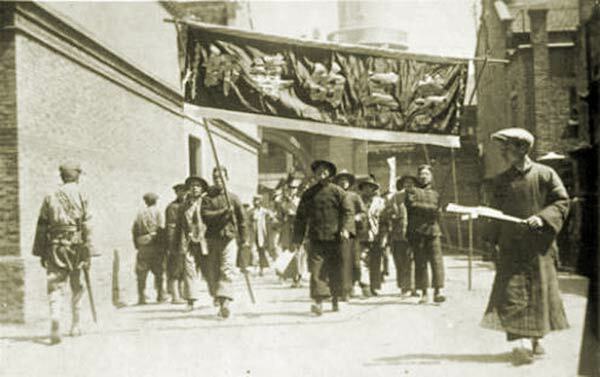