Who won the peace?

This article is over 16 years, 3 months old
"A new renaissance for Belfast," proclaim the banners surrounding an enormous £300 million building site in the city centre. It is one of numerous developments that form part of the "regeneration" of Northern Ireland.
Downloading PDF. Please wait...
Saturday 08 October 2005

“A new renaissance for Belfast,” proclaim the banners surrounding an enormous £300 million building site in the city centre. It is one of numerous developments that form part of the “regeneration” of Northern Ireland.

The famous towers of the Harland and Wolff shipyard overlook not industry or working class housing but fancy apartment buildings and new high rise offices for Price Waterhouse Coopers and BT.

For the last ten years the Northern Ireland economy has outperformed the British economy.

Yet 33 percent of people there have difficulty buying enough fuel each winter compared to 9 percent in Britain. Every year some 2,000 people die in Northern Ireland from cold related illnesses.

While managers in Northern Ireland earn 20 percent more than their counterparts in Britain, average private sector earnings are 10 percent lower.

Unemployment in 1989 was 9 percent higher than Britain. Now officially it is only 1 percent higher — but some 27 percent of the population live off state benefits.

Working class people in Northern Ireland have suffered the most in the last 30 years.

Class cuts across the sectarian divide. While Northern Ireland is the third highest region in Britain for sales of luxury cars, infant deaths are 50 percent higher in the poorest areas compared to the highest.

Some aspects of life have got worse during the period of the peace process.

Over the last ten years the overall suicide rate for men has risen by 31 percent, compared to 5 percent in Southern Ireland and a drop of 11 percent in England and Wales.

There has been a doubling in the usage of prescribed anti-depressants since the start of the peace process.

According to one study, “What we are seeing now is that people do not feel safe. We may have a political peace process, but on the ground there is still a war psychology. People live in fear of their lives.” 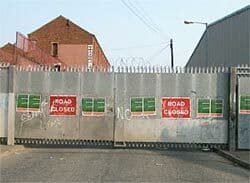 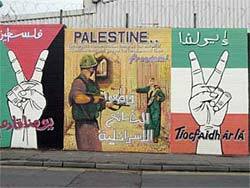