This article is over 14 years, 7 months old
Socialists have a long tradition of supporting strikes – because they show the potential of workers to transform the world, explains Esme Choonara
Downloading PDF. Please wait...
Tuesday 09 October 2007

Over the past week many socialists, trade unionists and campaigners across Britain have visited postal workers’ picket lines to express solidarity and support for the strikers. It is taken for granted today that socialists should support strikes in this way.

But this has not always been the case. Karl Marx and his close collaborator Frederick Engels were the first socialists in the international movement to systematically argue the case for supporting workers’ strikes and getting involved in trade unions.

They were forced to argue with many in the movement who dismissed strikes and struggles over wages and working conditions as a diversion from revolutionary struggle. Their arguments help to explain why socialists see strikes as so important.

Marx and Engels were up against some major players.

In France Pierre-Joseph Proudhon, known as the “father of anarchism”, opposed strikes and even cheered on the state when it attacked strikers.

One such socialist John Weston went as far as to suggest that strikes were “harmful” to workers.

Marx and Engels’s support for strikes was based on their vision of socialism from below – that socialism can only be brought about by the mass self-activity of the exploited.

It cannot be imposed by an enlightened few through any masterplan or abstract socialist programme. Marx and Engels were scornful of those who talked about socialism but dismissed the daily struggles of workers.

They drew on the experiences of workers struggling in northern English industrial towns such as Manchester, where Engels spent much of his life.

Later, strikes across France, Belgium and Switzerland also influenced their ideas. The First International, the international socialist organisation Marx and Engels were members of, played a very active part in these strikes.

Marx looked at the role that strikes can play in creating the potential for revolution.

In the Communist Manifesto, he pointed to the dynamics that were steadily dragging more and more of the world into capitalism.

This process created two antagonistic classes – the ruling class, which owns the factories and the workplaces, and the working class, whose labour keeps the system going.

The concentration of workers at the economic heart of the system, increasingly in towns and cities, creates a powerful force capable of overthrowing capitalism and creating a new socialist society based on need not profit.

This is an objective reality – those without a material interest in maintaining capitalism constitute the vast majority in the world.

But there is an obvious gap between the objective possibility of revolution and the reality of life under capitalism, where most people for most of the time do not think revolution is necessary or even possible.

Strikes are one of the ways in which this gap can begin to be bridged.

Marx talked about the process by which the working class can go from being an objectively existing class to being a self-conscious class aware of its own power and ability to found a radically new society.

He argued that revolution was necessary not just because the ruling elite wouldn’t hand over power without a fight.

It was also needed because a mass revolution was the means by which the atomised and divided working class could transform itself.

Marx saw that ideas change in struggle. As people try to change their conditions, their experience can challenge many of the dominant ideas in society.

All strikes involve workers breaking with the routine of everyday exploitation. That process can give workers a sense of their collective strength.

It can raise confidence. Many strikers also find that they are faced with wider questions – who to trust, how to make an impact, the role of their union leaders, the need to organise the rank and file, the role of the state.

Work under capitalism is a contradictory experience. On the one hand it creates a mass of workers with a common interest.

But at the same time workers are divided along the lines of gender and race and encouraged to compete with each other – between companies, or even within the same firm or workplace.

For example, factory workers are often told they must compete against other factories or firms to win contracts in order to save jobs.

This can involve pressure on workers to hold down wages. The increasing use of workplace targets and performance-related pay are signs of how this competition runs throughout the structure of work.

Strikes can begin to cut through this competition and start to forge a common identity against a common enemy.

This is not inevitable. Strikes and union disputes can sometimes reflect capitalist divisions rather than challenging them.

This can lead to narrow “sectionalism” or competition between unions.

Whether or not this happens is partly a question of political organisation and partly down to the wider level of politicisation in society.

Strikes can also break down reactionary ideas such as racism, sexism and homophobia. In his time, Marx was particularly interested in the battle to unite English and Irish immigrant workers in Britain as well as in the situation of black workers in the US.

Marx and Engels saw strikes as part of a larger battle between workers and capitalists. The pressure of capitalism forces workers to resist.

Marx understood that resistance gives people dignity and confidence. He pointed out that if workers simply accepted their position and never fought back, they “would be degraded to one level mass of broken wretches”.

This is not just about the need to live in the world with some pride.

It also helps to explain how, just as resistance can bring out the best in people, defeat can feed the worst reactionary ideas.

Of course strikes are not the only form of resistance. Other struggles, campaigns and mass movements can win gains and give people a collective identity and confidence.

They can forge an important sense of “us and them” against our rulers and provoke a crisis in the ruling class. However, strikes do something more – they involve a conflict at the most direct point of exploitation.

They reveal something to people about the nature of capitalism and about their own collective power.

And strikes also have the ability to grow into wider struggles.

Strikes can bring together politics and economics.

Such moments stand in contrast to the “common sense” tradition whereby trade unions only fight over direct workplace issues and parliamentary parties fight over the political issues.

Many socialists in Marx’s day opposed “economic” strikes – over wages for example – as avoiding the question of politics.

But in reality the divisions are not that simple.

If workers in the public sector are fighting over wages being held down as part of Gordon Brown’s “pay restraint”, this becomes a political fight with the government.

Interestingly this same argument about wages and inflation was used by John Weston and others in Marx’s time to argue that strikes were against workers’ interests.

Marx strongly refuted these arguments. He wrote to Engels pointing out that if the movement accepted Weston’s arguments, “we should be in a terrible mess, both in respect of the trade unions here and the infection of strikes now prevailing on the continent”.

In 1866 Marx wrote a motion to the International Working Men’s Association entitled Trade Unions: Their Past, Present And Future.

It is arguably the first international statement that linked strikes with socialist revolution.

He knew this link was not inevitable and criticised the unions for too often staying within narrow limits.

Workers learn something else from strikes. Engels called unions “schools of war” for workers. Within every strike there is a political battle.

In a strike of any length you see the different views of how change occurs reflected in the arguments over strategy.

Revolutionaries argue for rank and file control over strikes, for reaching out to other workers, for the maximum self-activity of strikers in raising support and making decisions.

This often comes up against those who believe in change from above. They believe strikes should be left under the control of the trade union leadership.

Repeatedly in Britain strikes have lost, not because workers are not resolute or strong enough, but because the union leadership’s political allegiance to the Labour Party has undermined the struggle.

Ideas change in struggle, but people do not all automatically draw the same conclusions – there is an unevenness of ideas.

This means that crucial to the success of strikes is the question of politics and political organisation.

But trade union organisation and strikes are the key first step to working class people understanding they have the power to change the world.

The Revolutionary Ideas of Karl Marx by Alex Callinicos. The classic account of Marx’s life and ideas. Available for £5.99

Wages, Price and Profit by Karl Marx. A brilliant summary of the arguments about why strikes are in workers’ interests. Available with Wage, Labour and Capital for £2. 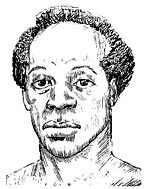 Are left wing union leaders too awkward for New Labour?