Why they’re such a threat to the NHS

This article is over 18 years, 8 months old
THE GOVERNMENT says foundation hospitals will mean modernising the NHS and more choice for patients. In truth they are a dagger at the heart of the NHS. In every locality they will mean an elite of hospitals which will prosper by poaching staff from others and by borrowing from the private sector.
By Hazel Croft
Downloading PDF. Please wait...
Saturday 10 May 2003

THE GOVERNMENT says foundation hospitals will mean modernising the NHS and more choice for patients. In truth they are a dagger at the heart of the NHS. In every locality they will mean an elite of hospitals which will prosper by poaching staff from others and by borrowing from the private sector.

To repay these debts, hospitals will at the very least have to welcome in private companies and at worst will move towards charging patients and clearing the way for the fundamental privatisation of the service. They will also begin to select which patients are allowed in and which can be decanted to the ‘second class’ hospital in the other part of town.

Foundation hospitals are a central part of Blair’s programme to turn the nhs into a commercial, market-driven enterprise. Blair has already opened up the NHS to private companies in a way even Margaret Thatcher did not dare.

Now the government wants to give foundation status to around 30 hospitals to begin with, which have achieved ‘three stars’ in its hospital league tables. foundation hospitals will no longer be accountable to the health secretary and the government, and will effectively ‘opt out’ of the nhs. It could herald a return to the days of the unequal and fragmented health system which existed before the second world war.

Then in every town a well funded hospital used by the rich flourished, while the poor were expected to put up with a sink second-rate hospital. these resembled workhouses or even prisons. Dr Paul Miller, the chair of the consultants in the British Medical Association, has given a stark warning that foundation hospitals ‘could contribute to the end of the NHS’.

Health secretary Alan Milburn initially wanted to call foundation hospitals ‘foundation companies’ – and that is exactly what they will be like. They will be run like private capitalist corporations. They will be able to raise money on the stock markets, have automatic access to government money and be less subject to rigorous regulation and inspection. Hospitals will be pitted against each other in competition for patients, staff and resources, with foundation hospitals at a great advantage.

As a concession to opposition, Alan Milburn said that the Treasury will set limits on how much hospitals in total can borrow. But that will still leave it open for foundation hospitals to grab a larger and larger share of a limited pool of funds. They will be robbing the non-foundation hospitals.

Foundation trusts will also be able to set up joint venture companies to buy in medical services, such as pathology or radiography. They can also generate cash by putting ‘unprotected’ assets, such as car parks and retail property, to commercial use, which will impose higher costs on staff, patients and visitors.

Hospitals will become more and more like airports, with more companies like Capita and Serco and Sodexho running expensive cafes and coffee bars. There will be more McDonald’s restaurants and W H Smith stores. Milburn says that foundation hospitals cannot be elitist because eventually he wants the model to apply to all.

But for a long time most hospitals will be regarded as ‘failures’ and ‘not up to the task’. The alternative, of every hospital being made a foundation hospital, is a nightmare vision of privatisation running rampant throughout every pore of the service. Some trusts would ‘succeed’. others would go bankrupt and close. The competitive market that foundation hospitals will introduce means a system where the ‘money follows the patient’. Under New Labour’s market system, Primary Care Trusts (where your GP is based) will commission services from a range of different providers, including NHS trusts, foundation trusts and private care. The providers will compete and non-foundation hospitals may be forced to make cuts in services.

Hospitals may close some services in order to stay financially viable. In the US, says health union Unison, ‘the use of competition and contracting has seen a trend towards ‘drive-by mastectomies’, the inappropriate discharge of patients with serious conditions, over-billing by private hospitals, the careful selection of low risk patients, and the shifting of costs and risks of care to the patient and their family.’

Alan Milburn denies that foundation hospitals will lead to patient charges. But earlier this year Tony Blair advocated a ‘mixed economy’ in healthcare, including ‘new forms of co-payment.’

The Catalyst research organisation warns that ‘charging for at least some elements of public healthcare could become a matter for local discretion rather than national policy.’

The governing boards of foundation hospitals will be self selecting and will not be able to make any decisions regarding the hospitals’ budgets. Governing bodies are likely to be reduced to providing a rubber stamp for business strategies which are devised by managers and medics.

An independent regulator for the NHS will issue the licences for foundation hospitals and has the power to determine the range of services provided. But as a report by the Unison union points out:

‘As with telecoms, energy and postal services, the ‘market’ for certain treatments may be opened up to the private sector and key public services and obligations excluded.’

The government has conceded that foundation hospitals will have to abide by the government’s proposed new NHS pay system, Agenda for Change. Firstly, this pay package has not yet even been agreed by members of the biggest health union, Unison.

Secondly, the fact that foundation hospitals will attract more money and better resources will enable them to cherry-pick staff at the expense of other NHS facilities.

This will intensify shortages in the poorest areas where the lack of adequate staff is already causing long waits and misery for hundreds of thousands of patients.

People living in areas without a foundation hospital will be stuck with inferior care and resources, without access to the best technology and treatment. The government’s guidance says that the foundation trusts would only be required to provide services to meet a ‘reasonable level of demand’. So where there is a high demand for services, foundation trusts will therefore be able to choose who they treat.

They can reject patients (for example those who are elderly and who have higher than average costs) and instead take the cases where they think they will make more profit. As former health secretary Frank Dobson puts it: ‘Foundation trusts deciding their own priorities could well become cuckoos in the local health nest – tossing out other people’s priorities for the exclusive benefit of their own.’ 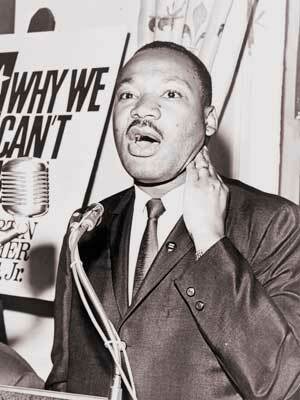 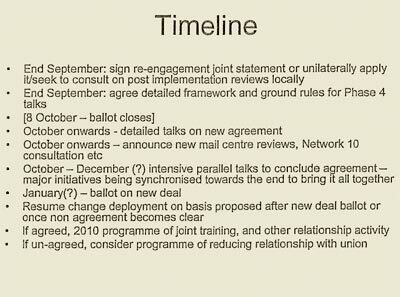 Royal Mail documents 5-8: ‘Bring union to the point where doing a deal on our terms is preferable’