Why they want us to work until we’re 70

This article is over 18 years, 6 months old
Kevin Ovenden shows that the latest plan for pushing back the retirement age builds on a long history of capitalist attacks on us
Downloading PDF. Please wait...
Saturday 12 July 2003

WORK TILL you drop was the message from trade and industry secretary Patricia Hewitt last week. Under the utterly transparent cover of ‘tackling age discrimination’ she announced the government plans to lift the retirement age to 70 or scrap it altogether.

Tory papers, with middle aged readerships, got themselves into a lather. I don’t see why. Hewitt’s argument was impeccably Thatcherite. She was, you see, only offering people ‘the choice’ of whether they wanted to carry on flogging their guts out well into their seventies. That’s the kind of choice offered to the slave in ancient Rome – a life of forced drudgery or starvation.

For, as millions of workers are discovering, pensions – both company schemes and the pathetic state pension – are withering. In a couple of decades most of us will have no choice but to work beyond the age of 65. One detail in Hewitt’s proposals left no doubt that this government plans the single biggest attack on the right to retire since state pensions were introduced in 1906.

Buried away in the paper is a call to reduce the legal entitlement for redundancy pay for workers aged between 41 and 65 from one and a half weeks for every year worked to one week. The lower level is what workers aged 40 and under get. It’s only fair isn’t it? To abolish age discrimination, reduce redundancy payments for older workers to the miserable level of younger ones. It’s been clear for two decades that capitalism has increasingly depended on lengthening the time we spend at work.

It was in 1981 that the average hours worked each week in Britain started rising after falling throughout the 20th century. Now New Labour is taking us back a further 100 years, to 1881. That was the year Otto von Bismarck, the authoritarian German chancellor, set the retirement age at 70.

Life expectancy for a German male then was 40. Now we are told we must work more years or face economic calamity because people are living longer. Karl Marx had a great phrase to describe the way capitalism turns what should be great advances, like living longer, into their opposite. ‘Suddenly there is too much progress, too much civilisation,’ he wrote. And Marx went to the heart of why there is a constant pressure from capitalists to increase the hours, days, and years we spend at work.

Part of the working day is spent producing goods or services equal to the value of what the worker is paid in wages. The remainder, the ‘surplus labour’, is given over to the boss and is the source of profits. Of course, there’s not some sign that flashes up to tell you after, say, two hours work that you’ve done enough to warrant your wages and are now working wholly for the boss.

But capitalists are constantly looking to increase the amount of time you are producing surplus for them. One way is to lengthen the working day to take up more and more of what would be workers’ free time.

As Marx put it in his great work Capital, from the point of view of the system, ‘if a worker consumes his disposable time for himself, he robs the capitalist.’ The chapter on the working day doesn’t only analyse how bosses exploit workers – it contains terrible depictions of the effects of long hours.

It describes how the ‘duration of life in the pottery districts of Stoke-on-Trent and Wolstanton is extraordinarily short’. A surgeon gives evidence to an official inquiry: ”I do not hesitate to assert that my indignation has been aroused again and again at the sight of poor children whose health has been sacrificed.’ ‘He enumerates the causes of the diseases of potters, and sums them up in the phrase ‘long hours’.’ Thirty years ago that was all supposed to be a thing of the past. There was the welfare state, and working hours were falling and conditions improving.

Technological improvements had made labour far more productive than it was a century before. As late as ten years ago the economics editor of the Observer, among many other commentators, scoffed at Marx’s talk of the ‘pauperisation’ of the working class.

Great advances in technology ought to mean we can produce all we need with less time spent at work. But under capitalism production is for profit. Competing capitalist firms, or national economies, using similar technology, have only one place to turn to get those profits – screwing more out of their workers.

So we see the calls for ‘modernisation’ – longer hours, flexible working (being at the bosses’ beck and call), and more pressure from line managers. Raising the retirement age is another way of increasing the exploitation of the whole working class.

Pensions are simply deferred wages. Cutting them and forcing workers to work for more years adds to the surplus labour going to the capitalists as a whole. But you can rest assured New Labour is not discriminating. Its plans for education will lengthen the working lifetime the other way as well. At the age of 14 many children are to receive their ‘education’ in workplaces, not schools. That’s just one aspect of modern capitalism Marx would have little difficulty recognising. 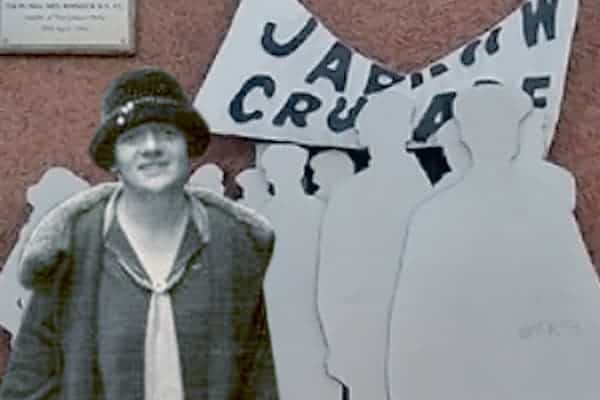 ‘Red Ellen’ Wilkinson - How a radical campaigner was limited by Labour 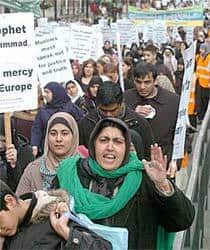 Social care should not be a commodity