Why was Heygate labelled a ‘problem estate’?

This article is over 8 years, 10 months old
Only one of the homes on the vast Heygate Estate remains occupied.
Downloading PDF. Please wait...
Tuesday 26 February 2013

Only one of the homes on the vast Heygate Estate remains occupied.

Past the empty roads, abandoned gardens and workers welding up metal sheeting over the garages is the maisonette of Adrian Glasspool.

He said in 2011 that the drive to demolish the Heygate was “part of the same discourse that was being bandied around in the 1960s”.

“Then it was said that the tenement buildings needed to be demolished because they didn’t create an environment where people could live happily,” he said.

“It was precisely what is being said now.

“Suddenly the place was being labelled a problem estate.

“Because there’s nothing wrong with the buildings, they have to find an excuse to regenerate the place, ie knock it down.”

Adrian and two other leaseholders, who no longer live on the estate, contested the council’s compulsory purchase orders issued against them last year. They argued that it wasn’t in the public interest.

That led to a public inquiry that closed last month.

“The level of compensation offered was not enough for me to find another home close to central London where I work,” said Moji.

Fabian is due to complete her report and make recommendations in the next few weeks.

The council failed to properly redact a copy of its agreement with Lend Lease. That’s how we know it is selling for just £50 million. 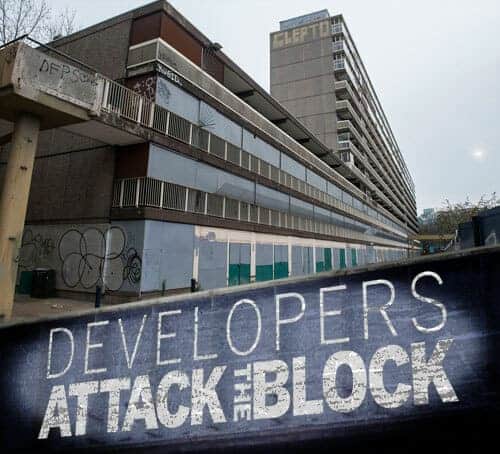 Firms compete to make mega bucks from housing sell off