This article is over 11 years, 8 months old
A report on the condition of women in Afghanistan since the US invasion in 2001 by Saiqa Ali, Human Rights MA student at The Institute of Commonwealth Studies
Downloading PDF. Please wait...
Friday 23 April 2010

In 2001 the US and its allies cited the liberation of women as one of the justifications for the invasion in Afghanistan. However, almost a decade later the war rages on and the protection and promotion of women’s rights continue to be neglected. Historically war erodes the rights of women and girls and in a state which has a socio-cultural history of considering women to be subordinate to men, the war in Afghanistan has further exasperated the ill treatment of women. Sonali Kolhatkar co-director of the Afghan women’s mission stated that: “waging war does not lead to the liberation of women anywhere. Women always disproportionately suffer the effects of war, and to think that women’s rights can be won with bullets and bloodshed is a position dangerous in its naïveté” ( 2009).

Women continue to be victims of both domestic violence and victims of sexual violence by armed forces. Women in Afghanistan have lost faith in any support from law enforcement and judicial institutions, which are male orientated, ineffective, incompetent, dysfunctional and corrupt. Furthermore, women in Afghanistan are being denied the most fundamental human rights as defined by the Universal Declaration of Human Rights in 1948. Women in Afghanistan have suffered numerous adverse affects of the war including involuntary displacement, destruction of homes and extremely limited access to essential services.

The greatest cost of the war on the women of Afghanistan is the lack of security within their homes as well as the restrictions on their freedom of movement. When armed forces and police abduct and rape women and girls with impunity, these actions have the effect restricting the freedom of expression, association and movement. It also results in denying girls and women access to education, employment and political participation. Inflicting a war on a country with a history of oppressing the development of women is not liberating women rather it is creating further causes for the continued abuse and oppression of girls and women.

The promises made to the women in Afghanistan in 2001 by the invading states and the new government of Hamid Karzai (a puppet regime, which included the world-known Northern Alliance criminals, or as UN envoy Mahmoud Mestri said, ‘the bandit gangs’) have not been upheld and the hope and optimism felt by Afghan women and human rights activists that the situation of women would change after the demise of the Taliban in 2001 has not borne much fruit. Following the US invasion the UN Secretary General was noted as saying that: “Afghan women need more than expressions of solidarity. In order to realise their potential they need concrete help”. He further stressed that the treatment of women under the Taliban had been “an affront to all standards of dignity, equality and humanity”.

Moreover the head of the Afghan interim government of the time Hamid Karzai stated “we are determined to work to improve the lot of women after all their suffering under the narrow-minded and oppressive rule of the Taliban”. No doubt there has been some progress made in advancing the rights of women, including advancement in female literacy, education and political participation. Also at state level, Afghanistan is now party to a number of international human rights treaties, including the Convention on the Elimination of All forms of Discrimination against Women (CEDAW).

However, there are a number of factors which are hindering the significant development of women’s rights. One factor is the wide scale extreme poverty in Afghanistan, which contributes towards the marginalisation of and discrimination against women. The war in Afghanistan has hindered any socio-economic development and has led to organised crime and lawlessness, particularly in conflict affected areas. There is little or no access to essential services including justice and healthcare.

Furthermore, there is an increase in sexual violence, which in a society which places huge cultural and religious importance on honour and chastity has numerous dire consequences for women. In a report by Human Rights Watch “Silence as Violence” , it is reported that the majority of women are fearful about the security of their daughters and themselves. Increasingly rape victims do not report the crimes to authorities as there is fear of being victimised again by the justice system.

Rape is not considered a serious crime in Afghanistan and is treated the same as adultery. Therefore, if a rape is reported to the police, investigating authorities begin questioning a woman’s character. The inferior status of women in the justice system calls for independent witnesses to validate the victim’s story. More often than not the victims of sexual violence do not get any justice and are humiliated and punished a second time with accusations of zina (adultery). The justice system is biased in favour of men and is often influenced by bribes and pressure exerted by influential local power holders. There is a clear lack of an appropriate framework to address sexual violence and rape.

Northern Alliance criminals backed by the US have their own local and barbaric governments. According to UNICEF, 65% of 50,000 widows in Kabul think that committing suicide is the only option they have. A report by Revolutionary Association of the Women of Afghanistan (RAWA) describes various disturbing incidents involving sexual violence and intimidation, for example:

“Northern Alliance crooks raped an 11 year old girl, Sanuber, and traded her with a dog.”

“In Badakhshan a young woman was gang-raped by 13 Jehadies in front of her children, and one of the rapists urinated in the mouth of her children who were continuously crying.”

“After the invasion, Americans received reports that newly liberated women had cast off their burquas and gone back to work. Those reports were mythmaking and propaganda. Aside from a small number of women in Kabul, life for Afghan women since the fall of the Taliban has remained the same or become much worse.

“Under the Taliban women were confined to their homes. They were not allowed to work or attend school. They were poor and without rights. They had no access to clean water or medical care, and they were forced into marriages, often as children.

“Today, women in the vast majority of Afghanistan live in precisely the same conditions, with one notable difference: they are surrounded by war. The conflict outside their doorstop endangers their lives and those of their families. It does not bring them rights in their household or in public it confines them even further into their homes. Military escalation is just going to bring more tragedy to the women of Afghanistan.”

It is clear that the war in Afghanistan has not been successful in protecting and promoting the human rights of women. Sadly, political agendas always trump human right as was evident during the London conference on Afghanistan this year when ministers and officials of the UN, EU, and Nato all remained silent on the issue of women. There were three women representatives including Hilary Clinton who outlined the “The Women’s Action Plan for Afghanistan”.

This plan lists a range of suggestions to improve the security of women, and accessible services for women including medical care and education. However, introducing new programmes is ineffectual if the target population is too scared to come out of the home. Fear of violence and extremist attacks on women remain a huge challenge.

The resurgence of Taliban ideology and strongholds has resulted in acid attacks on girls who attempt to go to school and rebel Northern Alliance groups regularly use rape of women and children as a an instrument of war to suppress rebellion. As a result the UN Committee on CEDAW voiced concern on “the absence of clear strategies to protect women’s rights in the process of the discussions leading to negotiations with representatives of the Taliban” during the conference. (CEDAW, 2010)

The continued presence of international troops is not helping or protecting the women of Afghanistan. Thus far the war which was waged to defeat the oppressive dogmatic regime of Taliban and liberate the women of Afghanistan has brought untold misery to the innocent people of Afghanistan. It has created a hell on earth for women and girls who are more oppressed now than ten years ago. Change cannot be imposed by waging a war. It has to come from the implementation of reforms by the state and through education, awareness and acceptance of women’s rights by women and men in civil society. No one expected the situation to change overnight with the fall of the Taliban. However, neither did anyone expect that almost a decade later the conditions of women would be the same, if not worse for the majority of women in Afghanistan.

Pictures and information is used with permission of The Revolutionary Association of the Women of Afghanistan (RAWA). An independent political/social organization struggling for peace, freedom, democracy and women’s rights in Afghanistan. 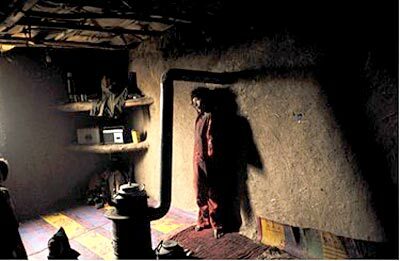 Examples of the US ‘liberation’ of Afghanistan