This article is over 18 years, 6 months old
NEW LABOUR'S pensions minister, Andrew Smith, announced measures last week that will shatter the working conditions of millions of public sector workers. They will have to work an extra five years before claiming their full pension. Future nurses, teachers and sections of the civil service - who can now get their pension at 60 - will have to work until they are 65. Existing staff could still retire at 60 but their pension would be reduced.
Downloading PDF. Please wait...
Saturday 21 June 2003

NEW LABOUR’S pensions minister, Andrew Smith, announced measures last week that will shatter the working conditions of millions of public sector workers. They will have to work an extra five years before claiming their full pension. Future nurses, teachers and sections of the civil service – who can now get their pension at 60 – will have to work until they are 65. Existing staff could still retire at 60 but their pension would be reduced.

MPs will not be affected by the plan, which is due to be implemented by 2006 – neither will the police or military. Millions of workers have taken part in mass strikes and angry demonstrations across Europe where workers are facing pension cuts from both Tory and Labour governments.

Disgracefully, British union leaders have been slow to do anything in response to similar attacks. The biggest struggles are in France. Tory prime minister Raffarin wants public sector workers to work for 40 years before collecting their pension instead of the present 37.5 years. And he wants all workers to do 41 years by 2012 and 42 by 2020.

Austrian workers have staged three mass walkouts, the biggest strikes in the country since 1945. In June a national strike shut down public transport. Teachers, postal workers, sections of the civil service, hotel workers and bin workers also stopped. The government led by Tory Wolfgang Schüssel wants to withhold pensions until 65, even from those who have 45 years of contributions. Schüssel also wants to cut pensions by at least 10 percent.

In Germany, the unions have been battling against the Labour-type government’s efforts to raise pensioners’ contributions to their healthcare schemes. Hundreds of thousands marched on 24 May. Government experts recently proposed raising the retirement age for all workers to 67.

European leaders say the present ‘generous’ pension schemes must go because people are living longer. But the present pensions – and better – could be paid for by taking a small percentage of the money that goes to profits.

As they lecture workers members of the European Parliament have voted themselves the right to retire at 60 on a pension of 70 percent of their gross earnings.

63% – is the number of British ‘final salary’ pension schemes that have closed to new entrants since August 1997. They have been replaced with cheaper schemes that deliver far less.

£3 MILLION – is the cost to the Post Office of the pension provision for its retiring chief executive John Roberts. He will get over £150,000 a year.

Tax profits to pay for pensions

WHAT HAPPENS to workers’ pensions when firms wind up schemes or go bust? New Labour says it will make companies take out insurance policies to protect workers. But the plans will not be operational for years, are full of loopholes and won’t help the thousands who have already seen their pensions snatched away.

Even worse, Smith gave a huge handout to business to ‘compensate’ them for the costs of insurance. In future companies will have to raise pensions by a maximum of 2.5 percent a year – even if inflation is higher. So if inflation rises a company pension could quickly be cut in half.

The plans will make the present stampede by bosses away from ‘final salary’ schemes even worse. Most firms now only offer cheaper share-based pensions that guarantee nothing. Since Blair came to office, companies have closed around two thirds of final salary schemes to new entrants.

After a lifetime of grind, people will have to rely on the state pension of £77.45 a week, a maze of means tested benefits and a few pounds from a company scheme.

Firms will save billions. On top of this, figures released earlier this year by the Inland Revenue show between 1987 and 2000 business grabbed some £30 billion from pension schemes.

There should be no pension crisis in Britain. The pensions fund has a surplus of £29 billion, £20 billion more than recommended. We need a decent state-run system funded by taxing the rich, raising national insurance for companies and taking control of the huge funds controlled by the private pension industry.

SOME GROUPS of workers are resisting pension cuts. Workers at the Wilts and Dorset bus company have voted by more than nine to one to strike in defence of their final salary pension scheme. The company runs services over a wide area including Bournemouth, Poole, Dorchester and Salisbury.

‘Two years ago our members voted to accept a plan to pay more contributions and reduce some benefits to help the company,’ said RMT general secretary Bob Crow. ‘A year later the company unilaterally closed the scheme to new entrants, and, we have since learned, quietly cut their own contributions. Now they want to close the scheme altogether and replace it with an inferior one.’

Over 600 workers at Rhodia chemicals company are set to strike to keep their final salary scheme open to new members. Rhodia has sites in Widnes, Bristol and Oldbury in the West Midlands. GMB union members have also been voting for action in protest at the company’s management of the pension scheme and their decision to end access to the final salary scheme for any new worker.

GMB general secretary Kevin Curran said, ‘Rhodia have acted disgracefully. They continued to take contribution holidays while telling employees that their pension fund was going broke. ‘Closing the scheme to new members is just the first step that this unscrupulous company will take to eventually strip current workers of their hard-earned pensions.’

RMT members at logistics company Exel are to be balloted on the company’s decision to close its final salary pension scheme to new entrants. If the union’s 730 members vote to reject the company’s plan, a ballot for industrial action will follow automatically.

We need much more resistance like this, and it should be generalised across the unions. In particular Smith’s plans for public sector pension ‘reform’ should be confronted head on.

COMPANIES resent every penny spent on pensions – whether for their own workforce or through taxation. Bosses will grudgingly admit that schools and colleges are needed to produce an educated workforce and that the NHS is useful to keep workers healthy. But pensions? They see this as money wasted on people who are too old and clapped-out to be exploited for profit.

So firms want to keep pension spending as low as possible. In the 1950s most workers handily died within a few years or even months of retiring. But now they hang on for far too long for their capitalists’ taste – ‘greedily’ drawing their pension for years on end. 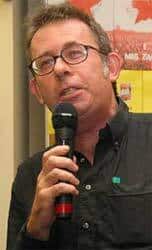 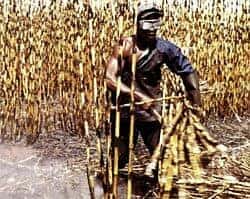 Biofuels are not an eco solution