This article is over 5 years, 7 months old
We are told that the rise of precarious work is changing the world. But Joseph Choonara argues that workers’ potential power to change the world is as relevant as ever
Downloading PDF. Please wait...
Tuesday 22 November 2016

“More than seven million Britons now in precarious employment,” proclaimed an article on the front page of the Guardian newspaper earlier this month.

It argued that rising precariousness has come about because “businesses insist on using more self-employed workers and increasingly recruit staff on temporary and zero-hours contracts (ZHCs)”.

Such claims are a commonplace. In 2011, Guy Standing’s book The Precariat argued, “We may guess that at present, in many countries, at least a quarter of the adult population is in the precariat.”

Last year two academics who share this framework announced, “In the UK, almost two out of three women belong to the precariat,” along with “one-third of men”.

It is important that the plight of workers on zero-hour contracts or those forced into bogus self-employment by unscrupulous employers is being exposed.

Less welcome was a speech by work and pensions secretary Damian Green last week. He celebrated the end of jobs involving “a fixed monthly salary with fixed hours, paid holidays, sick pay, a pension scheme and other contractual benefits”.

Green hailed the rise of the “gig economy” and the “everyday entrepreneur”.

However, sweeping claims about rising precariousness—on both sides of the political divide—can be deeply misleading.

Often when people think about precarious working, they think of temporary contracts. In fact the proportion on such contracts has been extraordinarily stable.

Over the past three decades temporary employment has risen just 0.3 percent to 6.3 percent of the workforce.

ZHCs, which do not offer any guaranteed number of hours of work, have come to prominence only recently and the data on them is less reliable. But they do seem to be used increasingly frequently.

Yet there are two important limits to the use of ZHCs.

First, they can be challenged. Earlier this year, Sports Direct pledged to offer shop staff guaranteed hours after protests by unions, media investigations and criticism from the government.

The pledge does not extend to depot staff employed via agencies, but even here workers are not powerless. The Unite union has been recognised at Sports Direct’s major Shirebrook depot since 2008.

Moreover, when ZHCs are used in big workplaces such as universities or hospitals, there will be other more securely employed workers. They can potentially join in a fight to extend better contracts to all.

Second, although ZHCs are used in a wide variety of workplaces, they are heavily concentrated in two sectors—“hotels and restaurants” and “health and social work”.

The first of these suffered high levels of casualisation long before ZHCs—think, for instance, of students who work cash-in-hand in bars or cafes while studying. 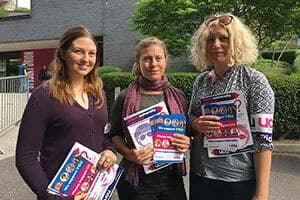 Precarious work can affect lecturers, such as these strikers in Winchester (Pic: Socialist Worker)

The second area includes hospitals in which “bank staff”, who cover short-term staffing needs, are increasingly placed on ZHCs.

It also includes huge numbers of those working in residential care for the sick and elderly.

This is an area that predatory private equity firms have turned to as a source of easy profits, and the care industry in Britain is widely regarded as a crisis waiting to happen.

Staff turnover in residential care can run as high as one quarter of employees each year, a similar figure to the Sports Direct workforce.

But most workplaces cannot be run this way. Firing workers, hiring replacements and training them is an expensive business. It can also cause disruption and involves losing know-how and skills that have been built up over years.

Even in the wake of the recent economic crisis, while bosses were happy to hammer wages and conditions, they were often at pains to minimise redundancies.

This reveals a basic truth about how capitalism functions. The exploitation suffered by workers is not simply a form of oppression but a two-way relation of dependence.

The worker depends on their boss for a wage. But the boss also depends on being able to squeeze work, and hence profits, out of the worker.

In a modern capitalist economy employers also depend on getting the right kind of workers with the right education and expertise—and when they get them they often try to hold on to them.

What about those who are not formally employed by a firm? The recent growth in self-employment is undeniable, reaching an unprecedented 15 percent of the labour force—though the figure was 13 percent at the end of the 1980s.

There is a concern, expressed in last week’s Guardian article, that much of the recent rise is down to an expansion of the “gig economy”.

If this means people working in multiple jobs, there is little evidence for this.

A recent briefing by the Resolution Foundation found that only one in 250 workers have two self-employed jobs. And about one in 100 have a main job as an employee with a second self-employed role. Generally people have a single job.

Furthermore, most of the self-employed are not working in the “gig economy”. The vast majority describe themselves as “running their own business”. Only about one in five give their main description as “doing freelance work” and one in ten give it as “sub-contractor or contract worker”.

That is not to ignore the abuses in this area. A recent employment tribunal brought by Uber taxi drivers challenged the firm’s classification of its workers as self-employed. 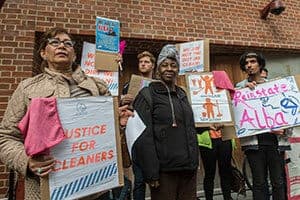 Cleaners may be employed in precarious work – but they still have the ability to fight back (Pic: Guy Smallman)

The ruling stated, “The notion that Uber in London is a mosaic of 30,000 small businesses linked by a common ‘platform’ is to our minds faintly ridiculous.”

Even in these areas, though, workers are not powerless. This is shown by the struggle at Deliveroo, the food delivery company, where couriers forced the firm’s owners into a humiliating retreat over new terms when they utilised a very traditional method of struggle—a strike.

Overall, the picture of the British labour force is one dominated by secure, permanent jobs, with pockets of insecurity—not sweeping precariousness. On average, a worker in Britain can expect to be with their current employer for 16 years, about the same as in 1975.

There has been a modest fall in employment tenure for men, but this is compensated for by the rise in tenure for women, who today form half of the workforce.

This reflects improvements in maternity leave legislation but also the growing stability of part-time work, largely undertaken by women.

Part-time work has been a form in which large numbers of women have been drawn into stable, long-term employment.

The relative stability of employment relations in Britain has two implications.

First, we don’t simply need a struggle to secure the rights of the minority of precarious workers. There are lots of securely employed workers suffering lousy pay, diminishing autonomy in the workplace, long hours, bullying managers and so on.

Second, we can fight these battles from a position of potential strength. We remain in a world in which capitalists depend for their profits on the continuing exploitation of workers, concentrated in large workplaces.

This means workers have the power to bring the system crashing to a halt. The challenge is to wield this power, not let it slip through our fingers. 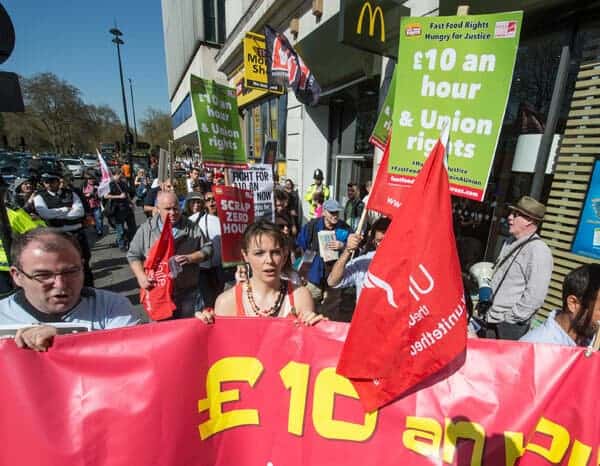 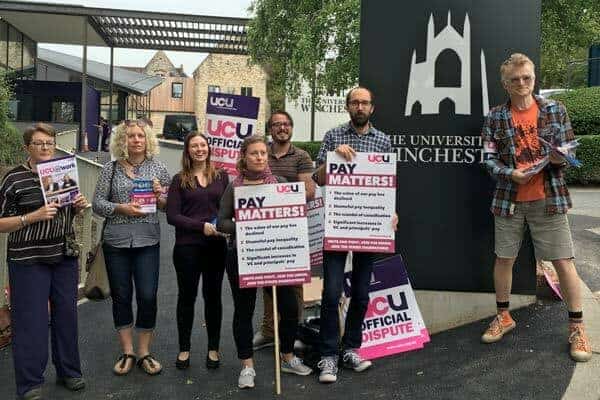 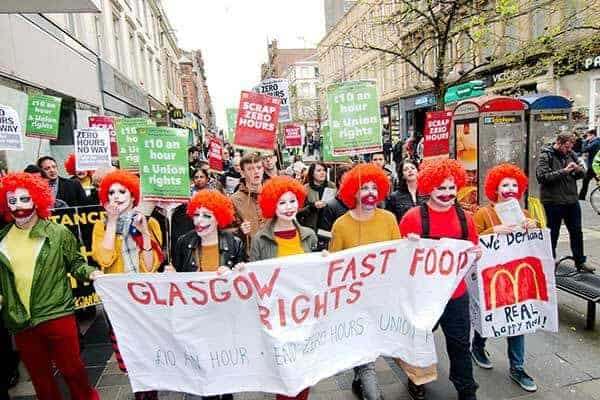