This article is over 13 years, 4 months old
There have been angry protests at civilian deaths in eastern Afghanistan.
Downloading PDF. Please wait...
Tuesday 09 September 2008

There have been angry protests at civilian deaths in eastern Afghanistan.

Human Rights Watch says that civilian deaths in the country from US and Nato air strikes have nearly tripled in two years.

In 2006 at least 116 were killed. This rose to 321 last year.The report found that these killings are fuelling growing opposition to the occupation.

Now the US has been forced to reopen an investigation into an airstrike in Herat province after video footage surfaced of the victims. The bombing in August killed over 90 people, including 60 children. The US military had initially claimed that it only targeted Taliban fighters.

Meanwhile US troops crossed into Pakistan last week and opened fire on a village. The raid killed 23 people, including eight children. These assaults mark a dangerous extension of the ground war into the restive tribal belt of northern Pakistan. 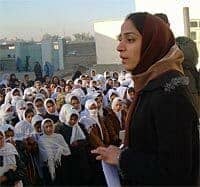 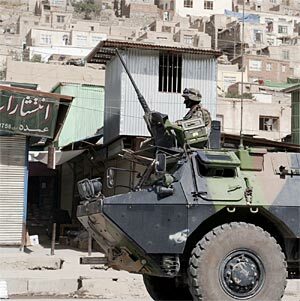 Harassed and raided: another day under occupation in Afghanistan