Thousands of protesters gathered outside the town hall in near on Friday of last week. They were enraged and upset after a series of racist attacks against Muslim women.

Rabia, a young woman who wears the hijab, had been beaten by the fascists, but the mayor and police pressured her not to file a complaint. A second woman was violently arrested for wearing a niqab. People who defended her were also taken into custody.

The assaults went further last weekend when a pregnant woman wearing the hijab was beaten in the stomach. Her attacker also cut her hair. There are reports that she has since miscarried as a result of the beating.

The demonstration was the biggest expression of determination and action against Islamophobia in for a long time. Groups of people were debating politics at a high level—it felt like a small .

We urgently need to build an anti-fascist and anti-racist movement that is clear against Islamophobia—and what is happening in is an example to follow.

A number of trade union federations and left wing and anti racist organisations are supporting a united national demonstration against fascism in on Sunday of this week.

It was called in response to the killing of student Clément Méric by fascist thugs earlier this month.

Meanwhile the fascist Front National pushed the ruling Socialist Party into third place in the first round of a by-election near . It was called to elect a replacement for former Socialist budget minister Jérome Cahuzac who was forced to resign after his secret Swiss bank account was revealed.

This brings the government’s majority down to just three MPs. The Front National is now set to face the Tory UMP in the second round.

French election verdict: none of the main parties have cause to celebrate 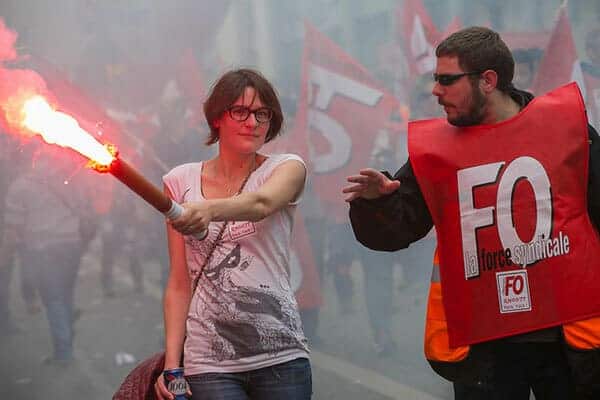