Bernie Sanders has produced another victory in the battle to determine the Democratic Party candidate for US president. But he has also underlined the limitations of his challenge by repeating that he will back establishment candidate Hillary Clinton if she eventually emerges victorious.

In results confirmed today, Sunday, Sanders won 56 percent of the caucus vote in the state of Wyoming while Clinton gathered 44 percent.

It is Sanders’ eighth win in the last nine contests.

Sanders warmed up for a rally in Philadelphia last week by speaking at a CWA union protest against the Verizon company. It showed why many workers trust him.

Sanders said the firm was more “concerned with compensation packages for CEOs than about the needs of hard working people”.

He added, “It is not acceptable to me that when workers form a union and negotiate for an entire year they can’t yet get a contract. That’s not what democracy is supposed to be about. That’s what rotten labour law is about, and we’re going to change that.”

Sanders, who calls himself a socialist, has risen on a tide of anger against inequality and the corruption of the wealthy elite. He will cut himself off from that if he acts simply to corral left radical support behind Clinton’s neoliberal and pro-imperialist policies.

His recent victories have shown there is wide support for a candidate fighting for real change. And people like it when he targets Clinton for her pandering to wealth and backing militarism.

But last week an interviewer asked him, “Come November 2016, if Hillary Clinton is the nominee, you will be supporting her?”. Sanders responded unhesitatingly, “Sure, I will.

Candidates for US elections are chosen through a series of primaries and caucuses. Both elect delegates to party conventions, who vote on the candidate. There are also some unelected delegates.

Attention now moves to the New York primary on 19 April. This has a huge delegate prize at stake.

Ahead of Wyoming voting, the Sanders campaign claimed he had 1,086 pledged delegates, over 50 more than the running tally widely used in the press. Sanders has done better in some states’ multi-stage electoral processes than initial voting suggested.

This means he is only 214 elected delegates behind Clinton.

And there are lots of delegates still up for grabs. Sanders’ recent successes have seen him doing better than even the most optimistic polls.

He beat Clinton by more than 13 percent in the recent Wisconsin contest. The average poll had predicted he would win by 2.6 percent, and the biggest margin in any of the polls was 8 percent.

The vast bulk of the media brushes off Sanders’ challenge and takes Clinton’s victory as a given. The press pores over the ogre-versus-ogre challenge between Donald Trump and Ted Cruz for the Republican nomination.

But it is hugely significant that seven million people, so far, have voted for a self-identified socialist. 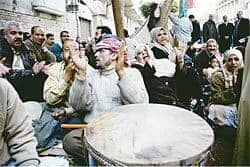