Anti-war protesters say no to Nato summit in Chicago

This article is over 10 years, 0 months old
Around 15,000 anti‑war protesters took to the streets outside the Nato summit in Chicago last Sunday.
Downloading PDF. Please wait...
Tuesday 22 May 2012

Around 15,000 anti‑war protesters took to the streets outside the Nato summit in Chicago last Sunday.

As world leaders gathered to discuss the war in Afghanistan, they were guarded by hordes of riot police and tall fences.

Still, protesters descended from across the US to march on the convention centre, including many from the Occupy Chicago movement.

Around 30 army veterans joined the protest, symbolically throwing their medals into the street.

Many protesters held placards in solidarity with Bradley Manning, the soldier being held for allegedly leaking US cables to Wikileaks.

Police attacked the protest. They used a long-range “sound cannon” to tell protesters that anyone who refused to leave would be hit with “deterrent noise”.

The Chicago mobilisations were part of anti-war protests across the world. In London, several hundred protesters rallied at the US embassy.

Chicago teachers vote to stay out on strike against Emmanuel 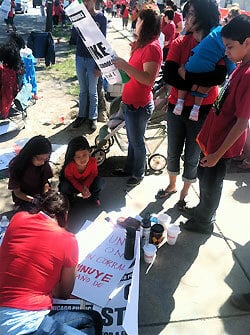 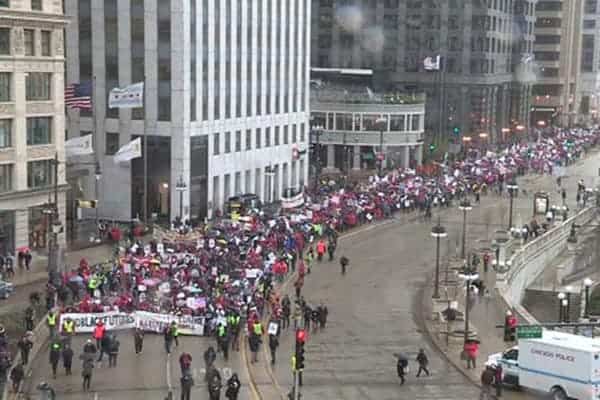 Chicago teachers suspend planned all out strike after 'tentative agreement' 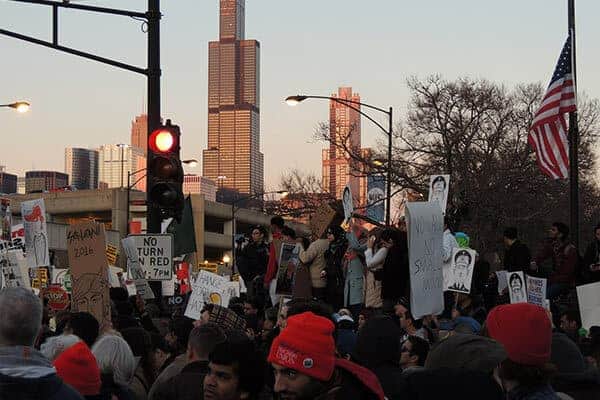 Protests spark chaos at Trump rallies in US