This article is over 10 years, 7 months old
The wave of uprisings inspired by the Tunisian and Egyptian revolutions is continuing across the Arab world.
Downloading PDF. Please wait...
Tuesday 31 May 2011

The wave of uprisings inspired by the Tunisian and Egyptian revolutions is continuing across the Arab world.

But initial successes have not led to any further breakthroughs.

In Syria and Yemen the huge movements for change are facing increasing bloody repression.

Syrian security forces have killed over 1,000 people. Tens of thousands have been arrested.

But the movements continue.

In Yemen President Ali Saleh’s attempt to crush democracy protests has triggered an armed uprising led by the country’s powerful tribes and defections from the military.

It is testimony to the bravery and determination of both revolutions that opposition has refused to be cowed.

But for both, the missing element has been the organised opposition of the working class—which was a key feature of the Tunisian and Egyptian uprisings.

Assault on Hamas intensifies in Palestine 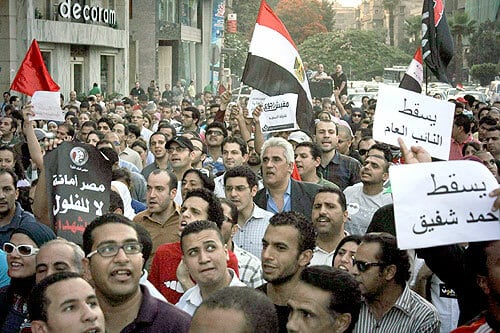