This article is over 10 years, 4 months old
The resistance in Greece continues to grow. Massive walkouts took place in the Attica region around Athens on Tuesday of this week, in solidarity with three all-out strikes of steel, television and newspaper workers. Panos Garganas spoke to Socialist W
By Panos Garganas
Downloading PDF. Please wait...
Tuesday 17 January 2012

There’s no media or transport in Attica today because workers are on strike.

Economic developments across the eurozone are leading to a new crisis in Greece.

The government had been negotiating with banks for “bond haircuts” to write off some of its debt. But these talks have now broken down.

The banks are pushing for higher interest rates on bonds. But the government can’t concede that because the budget is at its limit.

The strike in Attica has been powered by the rank and file. Trade union leaders called the action but were hesitant about it because of pressure from the coalition government. It’s the rank and file that has built this strike at a workplace level.

I’m currently at a strike rally organised by the Athens Labour Centre. Traditionally the speakers have been union leaders. But today the platform has been given over to striking workers instead.

The steel workers have been out for 75 days now. Media workers at the Alter TV station are in occupation. They haven’t been paid for a month.

And at the Eleftherotypia newspaper—one of the largest in Greece—workers haven’t been paid for a long time. They have struck for 20 days and organised strike assemblies.

The far left is now the opposition in Greece. Opinion polls show it has up to 30 percent of popular support, the highest level since 1968.

We need a general strike next. That could overthrow this weak and vicious government just like it overthrew the previous one.

The Greek economy is only a small fraction of the eurozone, but Greek workers have leverage due to the crisis. This can put huge pressure on bankers and leaders.

We are calling on the government to break off negotiations with the bankers immediately and stop paying interest to bondholders.

Strikers should set up workplace committees to organise on a permanent basis.

There are elements of workers control developing. For instance, TV workers have broadcast solidarity messages on their station.

This shows the way forward.

Strike committees can take over to organise people getting paid. Strikers should occupy and take control of their workplaces. 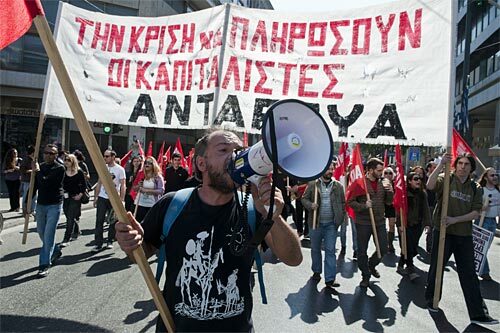 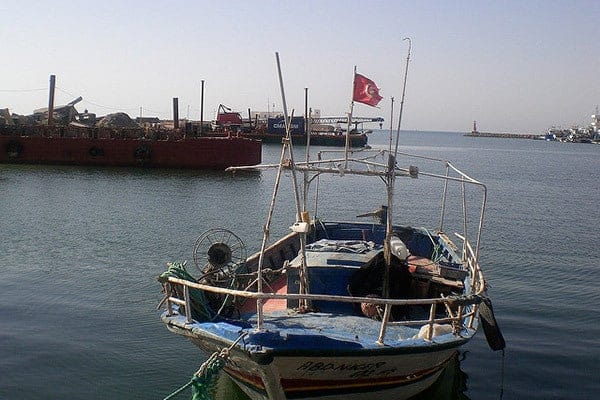